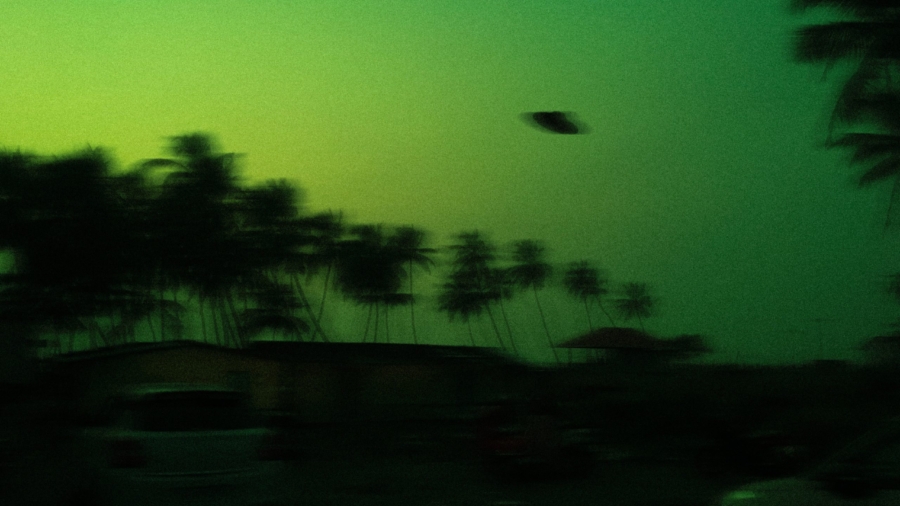 The 2021 UFO report from the U.S. government has revived the debate around ‘disclosure’, but this means different things to different people. For some, it means that all governments will tell all they know of the UFO/ET topic and let the chips fall where they may. For others, it is more or less an inversion, in that governments – and the rest of the public – will listen to them. We call these people experiencers, and so far, they have yet to be mentioned in the mainstream coverage of the U.S. report.

Having written a number of books on the topic, for which I interviewed scores of people from all walks of life who have intersected with the topic, one way I think about disclosure is in levels. Level one is what we have on the table now. As the U.S. has really been the epicentre of the subject, having their government produce a report which says ‘maybe, maybe not’ on ETs being the source of the UFOs is an important first step. It allows the public to sit with the idea for a while. It offers those in the government and military who are pro-disclosure a qualified win.

Everything beyond level one becomes exponentially more complex and challenging. If we consider the decades of stories of witness and researcher intimidation and even murder, how would this not emerge if the government were to admit that their forebears practiced the dark arts concerning suppression of the subject? It is a matter of public record that the intelligence services worked in a number of ways to cultivate a culture of fear and ridicule around the topic. It will take perhaps a generation or more to unwind that. However, if the government were to say, ‘Yes, we have retrieved crashed craft, and both deceased and living ETs from the wreckage,’ then their hand in destroying the lives of those who came forward historically would be small potatoes.

We can readily observe that this report appeared and has been absorbed by the public with little more than a shrug. The fact that it was delivered on the day of the Derek Chauvin sentencing will have helped dilute the headlines on the day. And in the middle of the first pandemic of the 21st century, and its attendant economic anxiety, we all have bigger fish to fry.

But a level two disclosure which admits only that crashed craft have been recovered, will inevitably lead to rising anxiety concerning the occupants. Locals spoke of small bodies being recovered from the debris of the Roswell crash of 1947, yet the military spoke of crash test dummies and weather balloons. While we might like to believe that few people in the wider public fell for it, it seems that there was, historically, a greater faith in government to tell us the truth. Today, that idea seems quaint. And the political divide has grown rapidly, so regardless of the pronouncement of the day, at least one side is getting mad and crying foul. In other words, if the military/government tried to fob us off with ‘the craft were unpiloted’, it is unlikely to wash. But then, do they need to care? Is their first responsibility not simply to support their own position? It may again come down to the factional contest that we are told exists within the military. It seems reasonable that such a thing may be playing out, as philosophical divides exist in most areas of human life.

If we imagine that they announce that ET bodies were recovered, and they were all dead, perhaps we could buy that. But how many plane crashes have survivors? According to a US National Transportation Safety Board review of national aviation accidents from 1983-1999, in over 95% of aircraft accidents some occupants survived. This includes 55% of the most serious incidents. Are UFO crashes a whole other level? Maybe not. But the funny thing about official truth is that it is often the only truth that really counts. We are all, in a sense, hostage to it. Academics have lived in fear of the UFO and ET topic, and many of those who have crossed into that territory have been subject to ridicule and censure. Famously, Dr. John Mack, head of the psychiatry department at Harvard Medical School, studied the abduction phenomenon in detail. The university hierarchy responded by conducting a long internal investigation to see if they could find a way to eject him. For my book We Are the Disclosure I interviewed Professor Milton Wainwright, an English environmental microbiologist, who found non-terrestrial biological entities when sending sampling equipment 41 kilometres into the stratosphere. He tells of the response from academia, which is, in general, a dismissal of the work, without funding their own studies to replicate or disprove Wainwright’s findings.

What comes beyond the question of ‘Are ETs coming here?’ is the question of why. In my three books, I interviewed eight people who understand themselves to be ET-human hybrids. They, and other experiencers in the books, share a variety of reasons why the beings are interested in our world and our species. This is where it gets truly sticky for disclosure. The hybrids say that they were created or modified partly with ET DNA. The beings – from a number of races – have a number of reasons for doing so. Some are doing this to help their species to survive on this planet, as their homeworld was lost. Some want to simply use the hybrids to upload experiential data to what we might call their ‘consciousness cloud’. Some want to help humans survive by upgrading our consciousness. And some want to help us with ‘Ascension’, which has a number of interpretations, but centers around helping us evolve beyond the third dimension, and move into the fourth or fifth, depending on who you ask.

If we stand back from all this, it seems obvious that if a variety of beings are coming here, then they would have a variety of reasons for doing so. We might think of tourists going to Spain. Some go for a break with the kids, some go for sun, sex and fights in nightclubs, some go for religious pilgrimage, and others go to experience the surviving architecture and art of the various cultures which have made the land home through the centuries. This creates another fork in the road for government disclosure. Do they tell one of these narratives, or attempt to tell all of them? Are there any historical examples of the U.S. government sharing a nuanced, balanced and detailed narrative of the activities and motives of peoples past and present? When I studied historiography in my degree I was given the chilling news that history is just as political as every other facet of existence. Nothing is exempt from becoming a tool for advancing or defending a position.

Let us press deeper into the information coming to us through the doors that UFOs have opened. In my book Being with the Beings – The How and the Why of ET Contact I interviewed three people who claim to be channelers, and work with ETs and interdimensional beings. So I interviewed the channelers, and then through them I interviewed the beings themselves. Pause for a moment and consider the possibility that even one of them is telling the truth. Setting aside the beings themselves, this changes the human brain from a kind of sense-data processer locked in a Faraday cage, to a two-way radio for connecting with any suitable consciousness. Including other humans.

Going further, the chief existential narrative that emerges from the experiencer community – particularly those who are long-termers – is that all of this is about the true nature of reality, the fundamental process at work in all things. They tell of Source, the One, the All. In the beginning there was only Source, a single consciousness. It wished to evolve, and understood that the way to achieve this was through experience. And this could only be acquired by splitting itself into fragments, which would take an infinite variety of forms in order to learn through an ever-evolving set of experiences. As all things are Source, all things are gathering experience at all times, and feeding it back into Source. And at the end of each incarnation, a being can consciously choose the next experience, and the form most suited to that experience, much as we would dress each day depending on our planned activities.

Let us imagine a White House press conference, and perhaps Michio Kaku at the podium, doing his best to communicate all this cosmological complexity to the gathered press. Imagine them, and the world’s parents, children, academics and religious leaders, trying to parse this information. What began as the inane question of ‘Are UFOs real?’, has inexorably evolved to ‘What is this reality thing really about?’

In other words, at what point does disclosure stop? I have seen many who are just trying to get officialdom to tell us we are not crazy when we say we’ve seen a UFO. Yet so many cultural icons have come forward just in the last few years to share their sightings on social media that the ridicule factor is wearing thin. For many, just the acknowledgement that ET pilots cannot be ruled out is a huge psychological and emotional relief.

Some people drawn to the subject feel more comfortable talking about ‘nuts and bolts’, the hardware of UFOs. Others, particularly those experiencing contact, find themselves heading toward the metaphysical and spiritual realms. I think of this as the masculine and feminine spectrum of the subject. Having traveled that spectrum personally, it has not been a one-way trip. My interest moves back and forth. And I have often stepped off entirely and got drawn into art or other aspects of creativity. So it is not that one part of the spectrum is more valid in some absolute sense – it is each person’s choice. If intentionality is key to existence, then all choice is key to the overall objective.

But there are no walls in space. Some of us are so full of questions that even though we are occasionally intimidated, confused and awestruck by such huge ideas, we can only keep going to the heart of existence itself. And what many conclude is that reality is an evolution engine, and experience is the fuel. This raises some fascinating philosophical questions around morality and ethics in terms of our behavior and personal choices, and even more challenging ones around disclosure. But as government is far more in the business of fear and control than the development of our consciousness, we must moderate our expectations regarding top-down disclosure. Fortunately, there is a global community of experiencers who are coming forward to share their most personal stories and perspectives, leaving the rest of us to choose where we go with them. 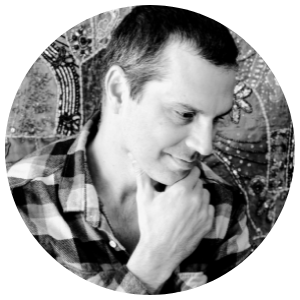 Miguel Mendonça is a writer and researcher. In his nine books he has investigated a variety of topics, including sustainability, UFOs and E.T. contact, consciousness, spirituality and metaphysics, wisdom, and art and creativity.

His books on the topic of extraterrestrials are Meet the Hybrids, We Are the Disclosure and Being with the Beings. All are available in paperback and kindle on Amazon, and the audiobooks of Hybrids and Beings are available via Audible and iTunes. 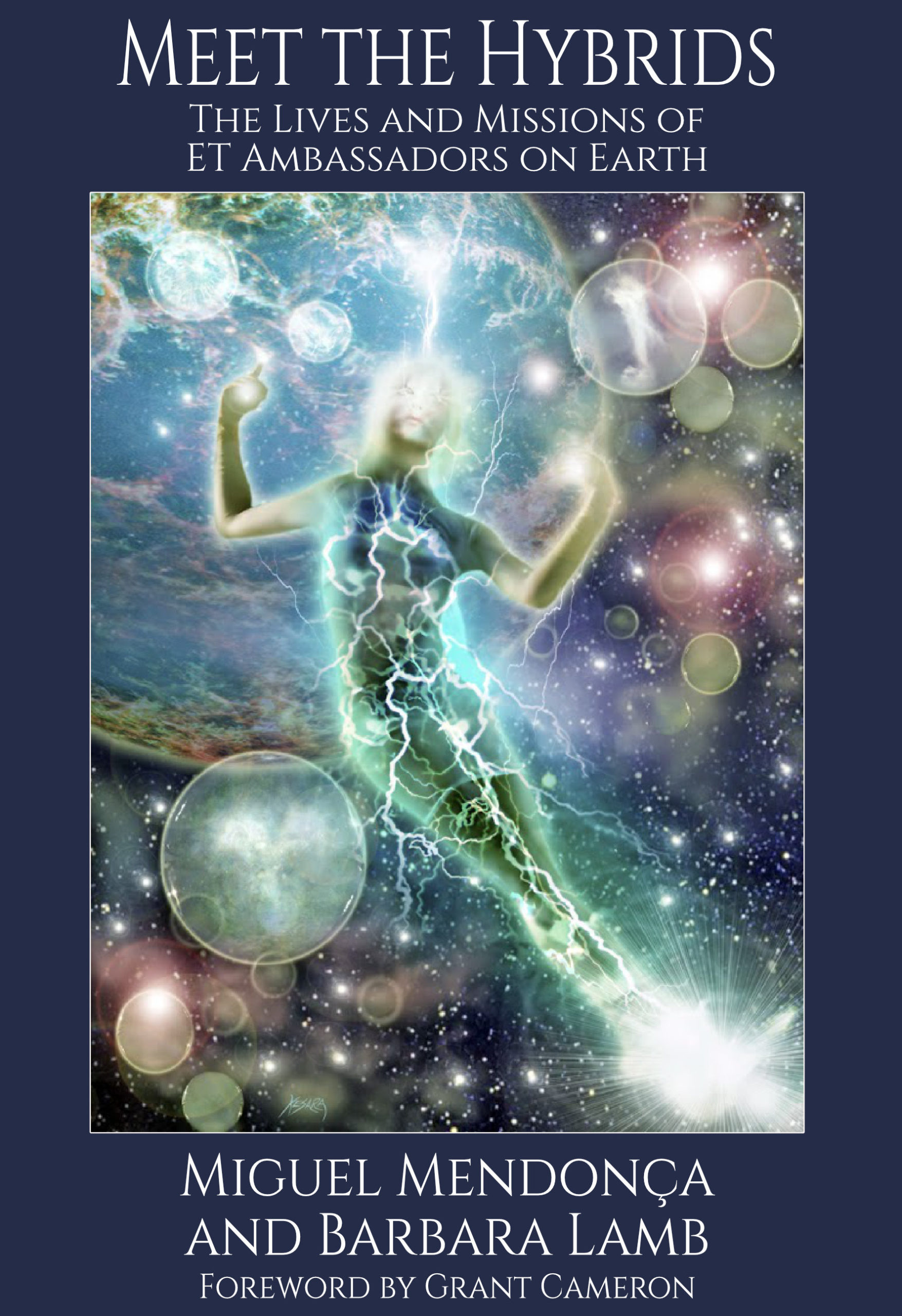 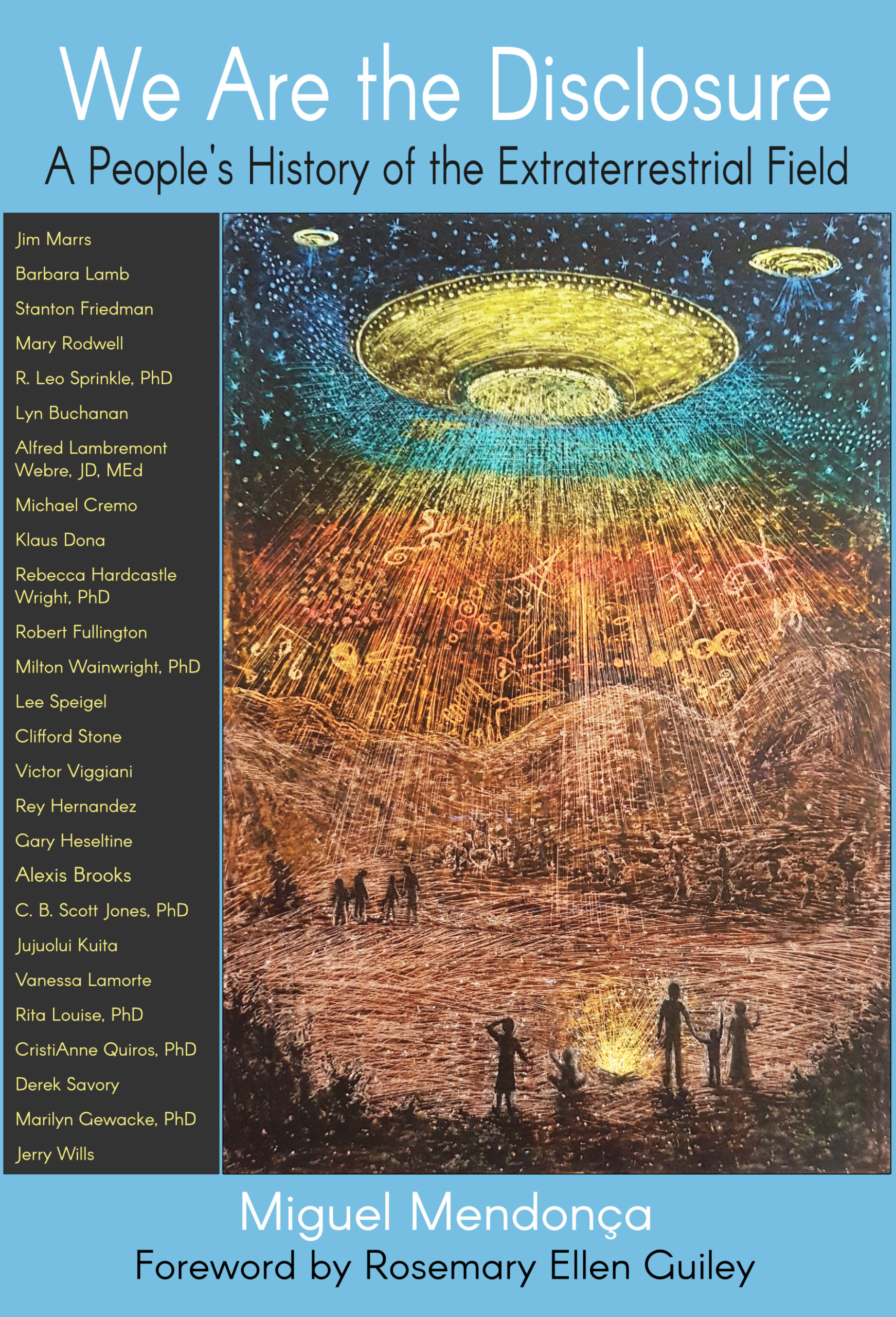 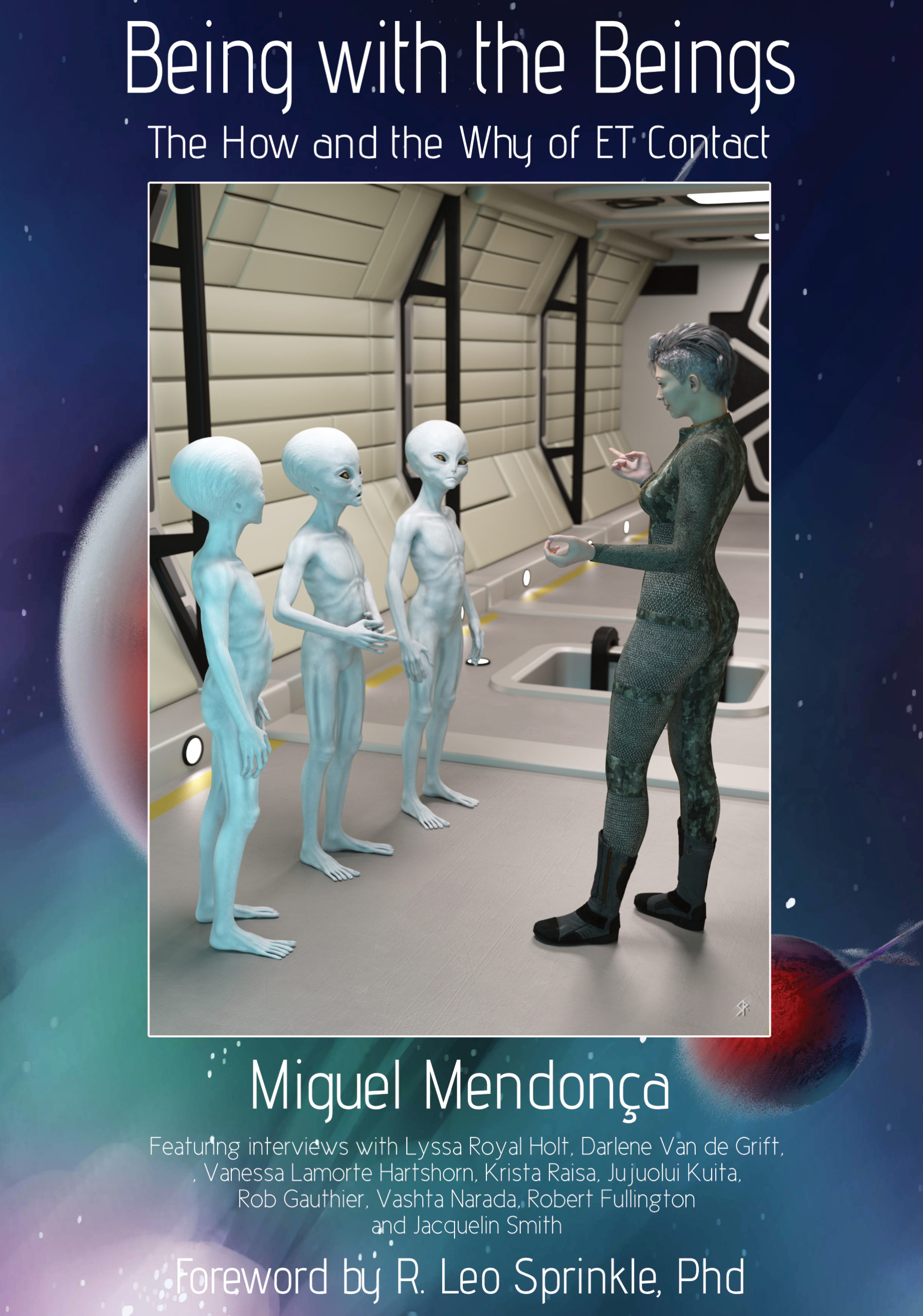