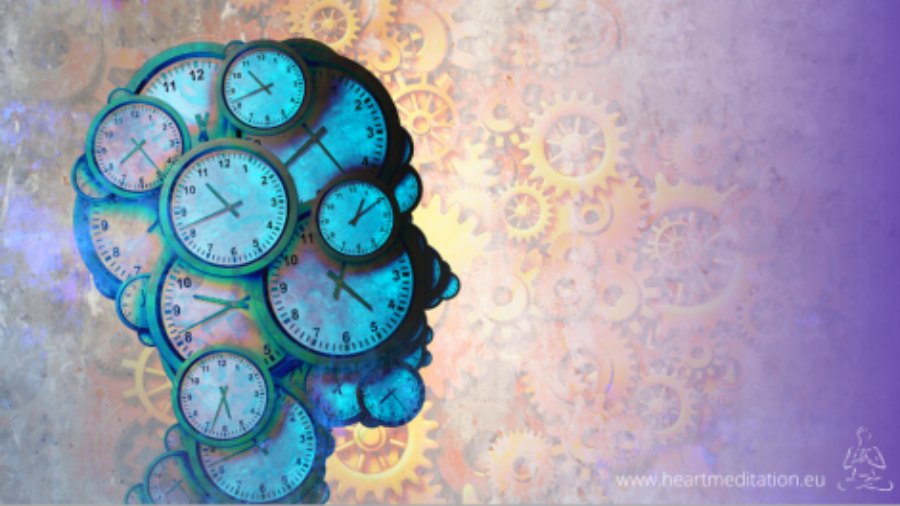 Time is one of the most elusive concepts, both in science and in our everyday lives. In some sense, both its very nature and flow are difficult to appreciate. On one level, time is one of the most precious things each of us possesses, and yet on another level, it is not a thing that can be possessed at all as its flow is outside of our control. Nevertheless, it is often our attempts to quantify time, label it, or even defy its flow that brings us much anxiety.

In fact, often our own perception of its flow changes during our lives, which has nothing to do with its actual flow. For example, as children we often wish time would flow faster so that we can grow quicker and emulate our parents, and thus have the same freedoms they do like going to bed later, staying out, or being able to drive. Furthermore, as soon as we grow older, we often use time as a means of evaluating our achievements, like trying to achieve certain goals before we reach a certain age. Then, as middle age dawns on us and we are faced with the prospect of growing old, some of us try to fight the effects of ageing through various means. All of which often creates unease and anxiety within us.

Yet the advice of masters, such as Buddha and others, to all seekers is to learn to harness the flow of time in our lives, and learn to transcend it. The following story by Mullah Nassredin is a good example of this method.

One day, Nassredin was attending his neighbour’s seventieth birthday and complimenting him on the celebrations. In response, his neighbour asked him, “So tell me Mullah, how old are you?”

In reply, Mullah grinned and proudly stated, “I am forty!”

His neighbour gave a curious look at Nassredin and in a disbelieving tone asked, “But did you not tell me you were forty a few years back?”

Nassredin chuckled and retorted, “Yes I did! But you should know by now that I am always a man of my word and stand by what I say!”

The above story contains many symbolic meanings. For one thing, age forty in some ancient cultures is an age associated with true maturity – and another interesting teaching in the story is that this maturity is demonstrated by the fact that Nassredin has stopped counting his age! What the sage is interested in, above all, is being true to what he says. He has achieved this through defying time, which a seeker can attain through spiritual rebirth and spiritual immortality.

In spiritual terms, this evolution occurs when the seeker is able to connect their soul to its origins, freeing their soul from being tied to time. This rebirth is known as Nirvana in Buddhist terminology, or Fana in Sufism.

Until such an attainment, we can all sometimes be trapped by how we perceive time, or how we delineate its flow into different stages like childhood, youth, middle age, or old age. However, when we tie our life’s flow or values to such arbitrary labels, we also inadvertently tie our soul’s development.

It is for this reason that spiritual masters teach us practices that enable our souls to transcend these labels, thus allowing us to focus on our souls’ development. In Sufism, this practice is known as becoming the child of the moment or Ibn-al-waght. This is where, through detachment from the flow of time, one learns to see the chain of connection underlying each moment, learning to utilise each ring in the chain in the most optimal way for the development of one’s soul. This practice starts by applying certain spiritual practices during the person’s meditation discipline, and then slowly applying that discipline throughout the day, at every moment.

For this purpose, the technique that Sufis have employed for centuries is heart focus: becoming one with their heartbeat through heart meditation and the use of certain breathing techniques. Through this, they learn to become detached observers of the flow of time, and hence free from the binds that bring inner anxieties that stop the development of a person’s soul.  Moreover, through the practice of time-slicing, and focusing on their true orientation in their lives, they are able to evolve their soul, helping elevate society to a higher state of being through the optimal use of the slices, or rings, of time they perceive. All the while, they learn to slowly free themselves from the binds of all labels or delineations by achieving the transcended state described as Nirvana, or Fana and beyond.

It is through this process that a seeker can finally have experiences that defy the space-time continuum, as our souls are inherently non-local realities bound to our physical bodies while our bodies are alive. However, through this process, each seeker realises, through their inner experiences, that this bond can be transcended even before physical death, through the process of rebirth, which is the underlying message of Rumi in the following poem:

If you die in this love your soul will be renewed.

Die, die, don’t fear the death of that which is known.

If you die to the temporal you will become timeless.

Die, die, cut off those chains that hold you prisoner to the world of attachment.

Die, die, die to the deathless and you will be eternal.

Die, die, come out of this cloud.

When you leave the cloud,

You will be the effulgent moon

Die, die, die to the din and noise of mundane concerns.

Rumi, who is perhaps the most famous Sufi master, was also a great proponent of the concept of Ibn-al-waght, or becoming the ‘child of the moment’. Thus, in this sense his teachings are consistent with other masters before him, such as Buddha. Yet each iteration of spiritual teachings from different  spiritual vessels brings their own quality to bear to those teachings, and hence are of great value to those who seek the ultimate Truth through the realisation of their own inner truth. One truth invariably leads to the other.

Therefore, every seeker who wishes to transcend the binds of time and use it in the most optimal way for their own evolution, and that of society, must learn to become the child of the moment. For as Rumi says:

‘The Sufi is the son of the moment. A son (child) does not withdraw his hand from the skirt of his father, and the Sufi’s kind father, who is the “moment,” does not let him be reduced to the necessity of looking to the morrow (but) keeps him all the while absorbed, unlike the common folk…

For a Sufi is of the (timeless) River, not of Time, for “with God is neither morn nor eve”: there the past and the future and time without beginning and time without end do not exist. (All) these terms belong to the domain of the particular (discursive) reason and the animal soul: they are not (applicable) in the non-spatial and non-temporal world.

The above lesson is applicable to all true spiritual seekers, no matter what labels we give to them, and thus a Sufi is simply a guided spiritual traveller who is exploring his or her own truth through the guidance of a qualified and authorised spiritual master, no matter what tag we give to the path or the journey. Just like Rumi, who followed the guidance of his teacher Shams, who in his poems describes Shams as being connected to the same reality as other masters like Abraham, Moses and Jesus, just to name a few.

It is through personal realisation of the truism in the above quotation, within each person’s own inner journey, that each person, through their own spiritual experiences, will realise that each moment and each beat of their heart is, in effect, an invitation from our origin for such a realisation. A seeker can gain this in a state of deep meditation, through becoming one with their own heartbeat, ultimately arriving at the way-station where a seeker becomes the true owner of their heart, and is finally able to realise the non-locality of their own consciousness, between each beat of their heart. Thereby, this allows each seeker to become a true child of the moment, wrapped in the oneness of Unity as  described by Rumi in the above quotation.