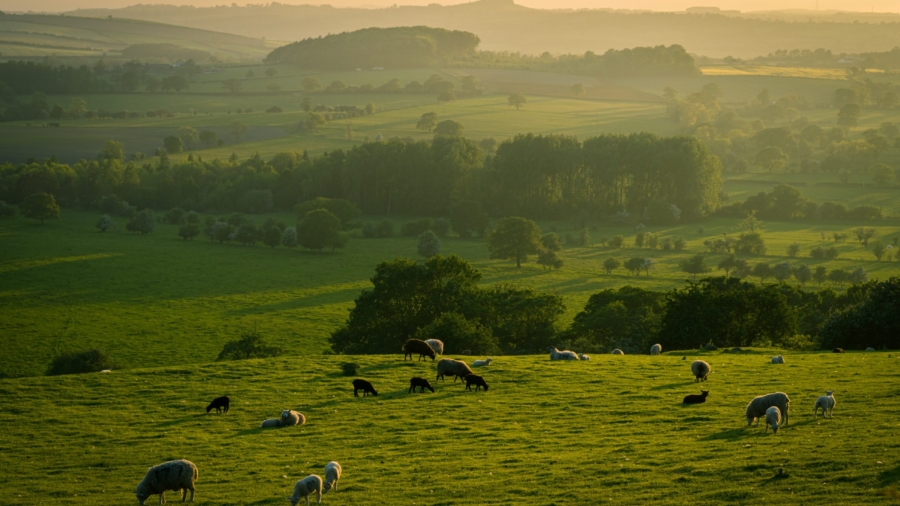 My new book, Land of Hope and Story aims to raise spirits in these challenging times. It is a celebration of rural Britain’s landscape, history and legend. It contains little-known historical facts and little-known fairytales from the Great British countryside. Many of the tales are set in National Trust owned areas, and proceeds from the book will help to raise money for the National Trust – especially its outdoor spaces.

Fairytales, of course, have always been good for mind, body and spirit. Readers are uplifted by happy endings and the messages that adversity can be overcome. Despite suffering hard times, the characters always ‘come into their kingdoms’. The beauty and magic of fairytales are both consolatory and transformational. Psychiatrists have found that patients of all ages have been helped by the power of these stories. They are reassured by characters like Rapunzel finding the means of survival within herself (her hair) and by the fact that even someone extremely small can outwit a fiend or giant. The book is full of fun, hope and positive patriotism, as well as a love of Great Britain and the Great British countryside.

In fact, Britain has some of the greatest myths and legends, and many were set in the countryside. In an age when people were closer to the land, nature itself was thought ‘bewitched’. Bushes were said to be guarded by cheeky imps like Churn-milk Peg and Melch Dick, trees by grumpy sprites like the Oakmen, and flowers by tiny flower fairies known as pillywiggins. History, literature, legend and myth were more intertwined in past times. King Henry II described the bower he built for his beloved, Rosamund as a ‘fairy house’, and James I urged his subjects to make sure their lands were free of fairies. Meanwhile, St Michael’s church on Glastonbury Tor (now owned by the National Trust) was thought to hide an actual entrance to Fairyland.

The oldest fairytales were written for adults, not children. Goldilocks was originally a grey-haired woman with attitude, not a cute young blonde – and in the Yorkshire version, a fox! ‘Nursery’ rhymes were originally for adults too. To take just one example, ‘Polly, Put the Kettle On’ started life as a nineteenth-century drinking song. The original went, ‘Polly, put the kettle on, we’ll all have gin’. Still, that’s another story and quite another book.

This book is a collection of short country facts (factoids) and short rural stories, so even people who have little time or concentration can access them. The countryside has been therapeutic in the pandemic, and this is also true of its stories. People have found walking in forests and reading about them particularly good for the soul. Forests in rural stories contained the chief fairy trees: oak, ash and thorn. Branches overhung the path, and if you looked closely, it was said that you could see eyes shining from the leaves. A tree, like the willow, was said to get bored in the night and walk about muttering to itself. This tradition is probably where Tolkien got his idea for the Ents in The Lord of the Rings. Nobody, of course, loved the British countryside quite as much as J.R.R.Tolkien. It is notable that when the hobbits long to return to their home, a place of peace and beauty, that this homeland is known as The Shire. Tolkien also thought that fairytales were for adults as much as for children, and that if anyone had something worthwhile to say, it was often best to put it in a fairytale.

British fairytales also have wonderful stories starring flowers, and flowers are a theme throughout its history. The historic houses of York and Lancaster, of course, had white and red roses as their sigils. The civil war between them famously became known as The Wars of the Roses. When the victor Henry VII’s first son, Arthur was born, he was known as ‘the rosebush of England’. Katherine of Aragon in British history, and Queen Guinevere in British fairytale, would also ride out on 1 May to collect flowers, and this was thought to bring comfort and luck.

Indeed, fairytales have always sought to comfort and to cheer, and to encourage each generation to appreciate their past and give them hope for a better future. They offer escapism, humour and pleasure in historically difficult times. As Charles Dickens said, ‘it is a matter of grave importance that fairytales should be respected’. The folklore scholars Iona and Peter Opie agreed, noting that ‘Magic encourages speculation…and a man without speculation might as well walk on four legs… a child or adult who does not feel wonder is but an inlet for apple pie!’  So it’s great if we can enjoy these rural legends as part of our great national heritage. If we do, we may finally make a world in which we can all live more happily ever after… 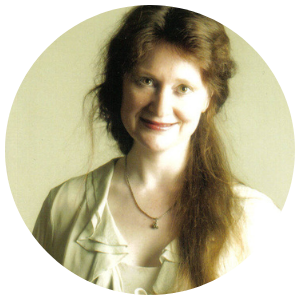 Evelyn Foster lives in the countryside. She has a First in English Literature from London University, and an inter-disciplinary MA in drama, history and legend from York. She has worked as an author, storyteller and actress, has spoken on fairytales at the Royal Festival Hall and appeared in fantasy art as a dryad. She has read to the blind, done drama with disabled children, and run myth and acting workshops at the British Museum. She has performed fairytales in forests – and played a surprising amount of Fairy Godmothers. Evelyn has also written for magazines such as Country Lovers, Country Living, Country Origins and Downs Country.

Other books by Evelyn include Frozen Fairytales For All Ages (Country Books), The Mermaid of Cafur (Barefoot Books),The Elves and the Trendy Shoes, and Alan and the Animals. 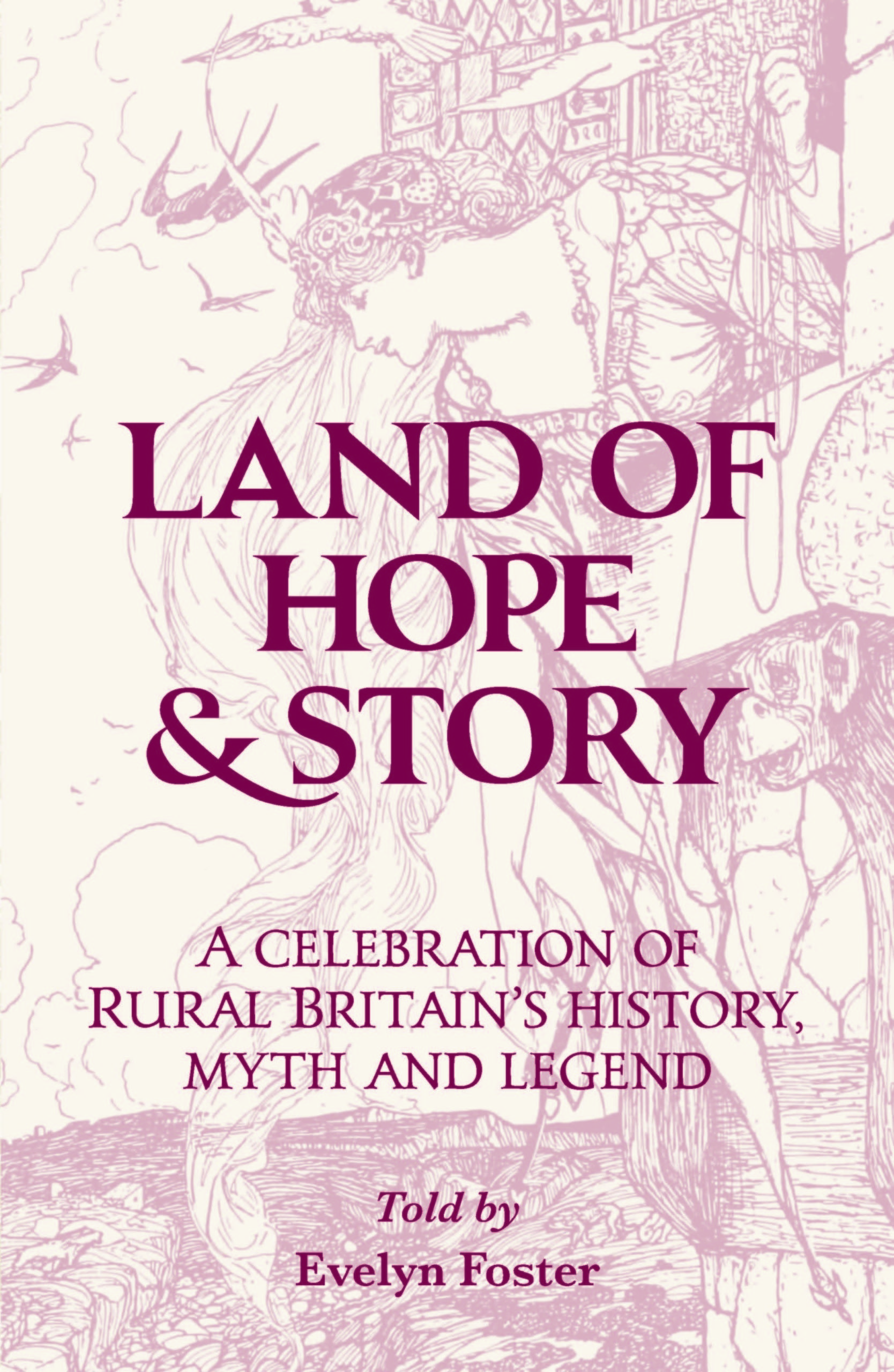 A share of proceeds from Land of Hope and Story go to the National Trust and to food banks.