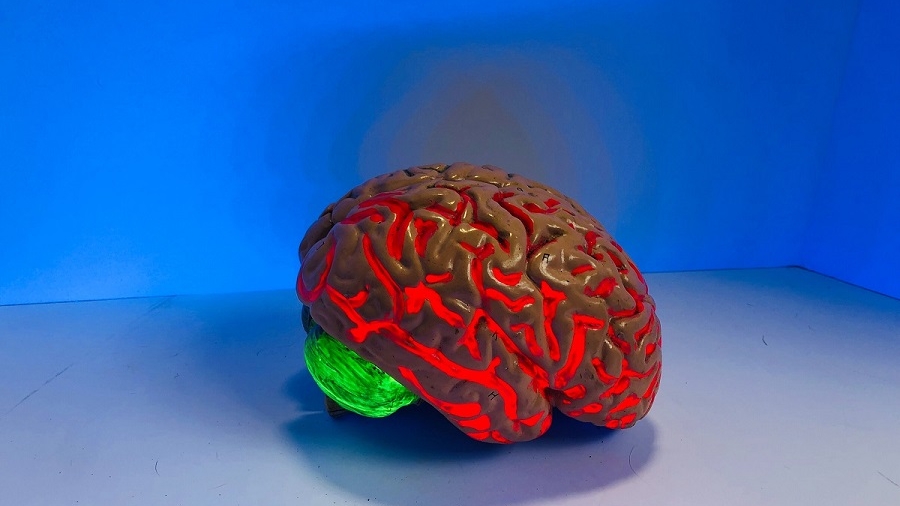 by Leah Russell
with no comment
Consciousness studiesDreamsMagick and occult
0

The term Mind Body Spirit is indeed quite apt, since it is a good description of exactly what we are about – namely exploring and pushing back the frontiers of consciousness in search of a passageway through which the human race might find a means to survive and even prosper when our present unsustainable society collapses later in this century.

There are basically three levels of consciousness: waking (body), dreaming (mind), and dreamless sleep (spirit). In the nomenclature of Carlos Castaneda these three levels are termed the first, second, and third attentions; and in the jargon of Rationalistic Materialism (the pseudo-science promulgated in academia) they are called waking, REM (rapid eye movement) sleep, and non-REM sleep.

These three levels are not as distinct as we usually imagine: for example, altered states such as religious epiphanies and psychedelic tripping can be considered to be intrusions of dreaming into waking consciousness; and prophetic and precognitive dreams, and dream wars with other people, can be considered to be intrusions of dreamless sleep into dream consciousness. Orgasm is like a volcanic eruption which spills out across all three levels. What keeps these three states of consciousness distinct is actually an illusion – the illusion of a separated self (a discrete “being” to whom “objective experiences” are “happening”; and who someday will die).

The forgetfulness barrier which delimits these three states is merely a lessening of our sense of being a separated self – i.e. we have less sense of there being a “me” there in the midst of things when we are dreaming than we have in waking; and in dreamless sleep we lose our sense of separatedness altogether – although we can still act and make decisions in dreamless sleep. Indeed, dreamless sleep is actually the projectionist in the booth who is writing and directing the whole movie; and our dreaming and waking “selves” are merely actors following a prewritten script.

The so-called mind-body problem is analogous to the problem of the precedence of the chicken and the egg: the Rationalistic Materialists believe that the mind is somehow a production of the physical body (the brain); whereas magicians hold the Idealistic view that the physical body is but a projection of the mind, in the exact same fashion that the body we have while dreaming is a projection of the mind (since waking consciousness is but a more highly evolved and embellished form of dream consciousness).

The journey from dreamless sleep up through dreaming into wakefulness, which each of us undertakes every night and day, is a matter of sharper and sharper focus on a separated self enabled by increasing forgetfulness of who we really are at root. In dreamless sleep most of what we consider (while awake) to be “ourselves” is largely forgotten; on the other hand we have at our disposal a much wider awareness in dreamless sleep (of our past and future incarnations, for example; or ability to access information directly from the Akashic Records) than we possess within the rigid confines of waking consciousness.

Average people groom their waking minds by elaborating ever more complex systems of beliefs/concepts (thinking) and compulsive rituals (habitual routines); whereas magicians try to cultivate an enhanced degree of awareness by erasing their beliefs and routines in order to release some of the obsessive focus of waking mind. This entails operating on a mindset somewhere between dreaming and waking, in which intuition/intent (direct knowing and acting) are the normal means of problem-solving, rather than reliance on other people’s validation and back-patting (concepts and beliefs). This direct knowing springs from an area between dreaming and waking (which is why we so often awaken with the answer to our current problems).

Staying awake – i.e. maintaining the fiction of a separated self who is centered in a more or less predictable environment wherein things are “real” – requires a fantastic amount of energy (which is why babies have to spend so much time sleeping until they build up enough endurance and discipline to handle this fraught enterprise). Sleep-deprived adults (as well as the mentally ill, who lack the wherewithal to lie to themselves as effectively as the rest of us) have to struggle mightily to stave off engulfment in a dream state. This clinging-madly-for-dear-life-every-minute-we-are-awake-to-keep-from-losing-our-marbles uses up most of the energy needed to effectively deploy our intuition and intent (true feelings). Therefore in order to be able to operate on intuition and intent in a deliberate fashion, it is necessary to dismantle the support structures of familiarity and importance which uphold our everyday society.

That is to say, magicians have to drive themselves “crazy” (by society’s standards). This is what magical training is all about, and why average people find it so frightening (or pretend that it doesn’t exist, and pat themselves on the back for being “above” such foolishness). Fear is the first enemy of a man of knowledge; and mental clarity replaces fear when a person realises that everything that he or she has heretofore believed is true, is false.

Another name for waking consciousness is “society”. Whenever society dissolves – whether as a result of emotional shock, accidents, trauma, war, or natural disasters such as earthquakes or floods – we enter into a dream state: things seem unfamiliar, unreal; and those things which are normally important to us (concerns of the past and future) become peripheral to the exigencies of the NOW moment. It is the purpose of magical training to erase all sense of familiarity and importance, which are the building blocks of waking consciousness, so that everyday life becomes more dreamlike and raw.

To enter the dream state while awake you have to accustom yourself to acting in an environment in which everything is out of control; but nonetheless you feel in control of yourself, and thus can greet whatever happens with élan. Instead of manning the barricades to keep waking separate from dreaming (clinging desperately to staying “sane”), magicians learn to dismantle their defenses, to make themselves vulnerable, to open themselves to whatever comes their way with no shields or protections beyond their readiness to fly with the moment.

The point is that magicians must learn to feel comfortable in the midst of a maelstrom. They must learn to act on gut-level intuition and intent (rather than on other people’s beliefs and conditioned responses). Magical training is designed to prepare the aspirant to face the unknown with alacrity. This is the everyday state of mind which will be required to survive in the face of the coming holocaust.

The impending collapse of our decadent, unsustainable society is being greeted with incredible levity all around: by the Christians who think that they are going to be raptured up to heaven to escape the tribulation; by the one-percenters clipping their coupons secure in their gated fortresses; by the capitalist climate change deniers and the conspicuous consumers who blissfully believe that their troughs will continue to overflow with swill forevermore – all clinging for dear life to waking consciousness (society) as it dissolves into a nightmare. Even New Age thinking – at least as this is represented in most New Age literature, periodicals, and websites – is egregiously frivolous, what with its mindless cant about “positive thinking” and “secret laws of abundance” etc., which are as much a form of denial as the belief in individual salvation or that academic pseudo-scientific hocus-pocus and capitalism are somehow going to solve the very problems they have created.

It is incumbent upon magicians to prepare themselves now for the coming shift in consciousness. This shift is not going to be a matter of “thinking happy thoughts” and everybody hugging each other and singing Kumbaya; on the contrary, it is going to be decidedly nasty. The survivors of the coming holocaust (if there are any) will be those magicians who are thoroughly disciplined and self-reliant; who are able to fearlessly act on direct knowing rather than other people’s beliefs; and who have tuned their wills to spontaneously obey the commands of the Spirit with no doubt or hesitation.

Magicians do this by getting a working connection going with our mother earth and the spirits who surround us, who are reaching out to guide us through the coming nightmare. What is needed now is a sobriety and seriousness of purpose which is too often lacking in the silliness and complacency which so often characterises New Age thinking and rhetoric.

This is not to say that magicians must be uptight, hatchet-faced martyrs, girding their loins and flexing their biceps; on the contrary, being a magician involves being both masterful and light of spirit. The spiritual path means driftin’ along like a tumbling tumbleweed – no control or illusion of control, taking things evenly as they come and trying to deal with them as best you can – but with an utter seriousness of purpose, a sense of awe and wonder, if you will, instead of the jaded boredom, insufferable yak-yak, and superficial distractions of our decadent society.

We all know what’s coming: someday soon (in the next fifty years) the practice of magic – and magazines like this one – will be outlawed in most places, and magical practitioners will have to work in secret and in isolation as individuals (or couples, à la Winston Smith and Julia). This is why we advocate everyone learning to channel their spirit guides for themselves – because very soon that will be the only source of information anyone can trust. There will be no salvation in either “God” or “science”, or anything outside yourself. Salvation only comes from knowing that you are the author of your present situation; that nothing is going to change in your life until you make the decision to change; and that you must take complete responsibility for your own destiny.

Bob Makransky is a systems analyst, software designer, and professional astrologer.  For the past 48 years he has lived on a farm in highland Guatemala where he studied Mayan shamanism and astrology with his teacher don Abel Yat, until don Abel’s death in 2009.