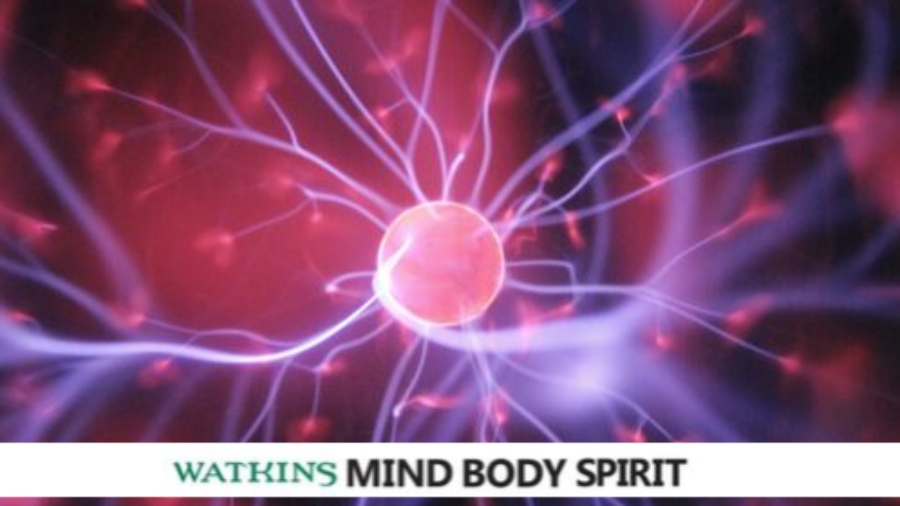 by Leah Russell
with no comment
Consciousness studiesHealth & Healing

The idea of ‘the field’ – an intangible, multi-level repository of knowledge and memory encoding everything from the proper organization of genes up to the multi-generational memory of every species – appears to be a strange idea even after one has accepted the possibility, if not the likelihood, of such a thing. Nevertheless, science is starting to develop the concepts and produce results that support it.

Over the course of the last forty years the biologist Dr. Rupert Sheldrake has demonstrated that such fields, dubbed morphic fields, control organic growth and self-organisation at every level. He has also demonstrated how they propagate information between the members of the same species, an effect he has called morphic resonance.

We have all thought of someone only to have them suddenly call us or appear in front of us in the most unlikely times and places. And most pet owners have seen their pets react to events, such as the return of a family member, long before they could possibly have been aware of it occurring.

Such field effects have long been leveraged in the development of practical energy therapies. In Family Constellation Therapy complete strangers, positioned to mimic, and so, in a sense, enact a person’s family or organisational relations (despite knowing nothing whatsoever about the family or organisational members they are representing, who may be long dead) will suddenly experience the emotional dispositions of that person as an ‘emotional overlay’ on their own state.

As though this spontaneous emergence of deep patterns of familial or organizational interaction were not extraordinary enough, it then becomes possible for a facilitator to reconcile disturbances felt within this field arising from unresolved conflicts, estrangements and injustice within the group even in the absence of the original members, and even if the source of the injustice is centuries old.

These facts demonstrates that the disharmony within morphic fields – the fields that hold the key to the harmony of our personal, familial, community, national and international lives – are founded upon a concept of natural justice, and that disharmony within such fields arises out of injustice. Justice, therefore, is an integral part of ensuring harmony on the planet at every level and amongst every sentient species.

Esotericists of all traditions have long recognised the existence of such fields, dubbed egregores in esoteric contexts. Less well understood is the fact that these fields are the key to all practical esoteric work.

Just to be clear, then, an egregore is a thought-form generated by the adherents to a particular tradition that has been imbued with such energised intent that it becomes an independent entity and repository of that tradition’s beliefs, symbols and practices.

At the inception of an order or group, its members will either connect to a historically attested egregore or create one that accords with their own inspiration and symbolism; they will then charge it through energised ritual practices. As subsequent members are drawn to the order their energised intent and ritual observances will act to further enhance the power of the egregore – whether or not they are aware of this fact – since it exists, so to speak, invisibly ‘behind the scenes’.

Thereafter, the egregore provides a transpersonal power-house that all of the group’s members can call upon to affect kinetic operations: change in accordance with will.

In a seminal article, ‘The Egregore of a School’, the English mage W.E. Butler wrote,

Butler’s reference to the uses to which an egregore’s energy may be put places a special emphasis on establishing what any group that we may seek to join ultimately wishes to accomplish and what is the ethical nature and behaviour of its actual membership.

Just as significantly, esoteric scholar Dr. Joscelyn Godwin has observed that, “If it is sufficiently nourished by such energies, the egregore can take on a life of its own and appear to be an independent, personal divinity with … an unlimited appetite for further devotion”. In other words, unless care is taken rather than serving a group’s agenda, the egregore can become the agenda that individuals are increasingly drawn to serve.

Amongst established esoteric groups, more often than not the purpose of the egregore is not just to create a powerhouse that can then be deployed towards the attainment of certain worldly objectives. It is to establish a common meeting ground, where order members can interact with the higher order beings that oversee the order.

In Egregores – the only book that I know of that deals exclusively with this topic – Mark Stavish cites a body of detailed, technical information derived from the knowledge lectures of one of the nineteenth century’s most significant magical orders, the Hermetic Order of the Golden Dawn. The instructions consider the relationship between the Order’s egregore, its initiatory processes, and the initiand’s energy body (aura, or body of light).

In cases like this the creation of the egregore has, typically, been motivated by such ideas as gaining access to personal, communal and even global spiritual guidance from evolved beings capable of, and willing to, support the harmonious development of all sentient life.

For any aspirant, the issue is to understand that all magical, spiritual and religious affiliations inevitably involve some degree of connection with – indeed, immersion in – an egregore; an egregore, moreover, that they themselves may have had little influence in forming.

This matters for two reasons. Firstly, an egregore embodies all of a group’s history, character and symbolism – good as well as bad. Secondly, since the egregore acts as a gateway or portal to higher order beings (the spiritual guides who ‘stand behind’ and provide the spiritual guidance of an Order), the connections that are formed in such orders may well – and in some cases are intended to – last beyond the grave and into subsequent lives.

This places a special onus upon each of us to carefully consider with what, and how deeply, we are implicating ourselves through our memberships. Especially in the case of magical orders, we should ask ourselves whether the benefits they provide justify our unlimited commitment to them.

The point here is for each of us to recognise the reality and nature of the intangible forces associated with membership of any group and to skilfully assess the benefits accruing from, and morality within, that group against any loss of personal sovereignty that membership involves.

Each of us should also heed Butler’s warning that, “unless care is taken the power of independent thought may be reduced.” In other words, there is an ever-present danger of group-think taking over one’s outlook on life, leading to a one-sided and unbalanced perception of reality.

For all who seek higher levels of self-realisation as a path of service to all sentient life and the well-being of our planet’s ecosystems, we would underline the importance of cultivating reflexivity in our dealings with any group – as well as maintaining one’s independent, extra-group pursuit of personal healing and growth, both of which are necessary to ensure that one’s psychological and spiritual life can continue to evolve.

Peter Mark Adams is a Scarlet Imprint author, poet and essayist specialising in the ethnography of ritual, sacred landscape, esotericism, consciousness and healing. Recent works include Mystai: Dancing out the Mysteries of Dionysos and The Game of Saturn: Decoding the Sola-Busca Tarocchi. Peter also contributes prose and poetry to the literary journals Reliquiae: Journal of Landscape & Nature and The Bosphoros Review of Books.