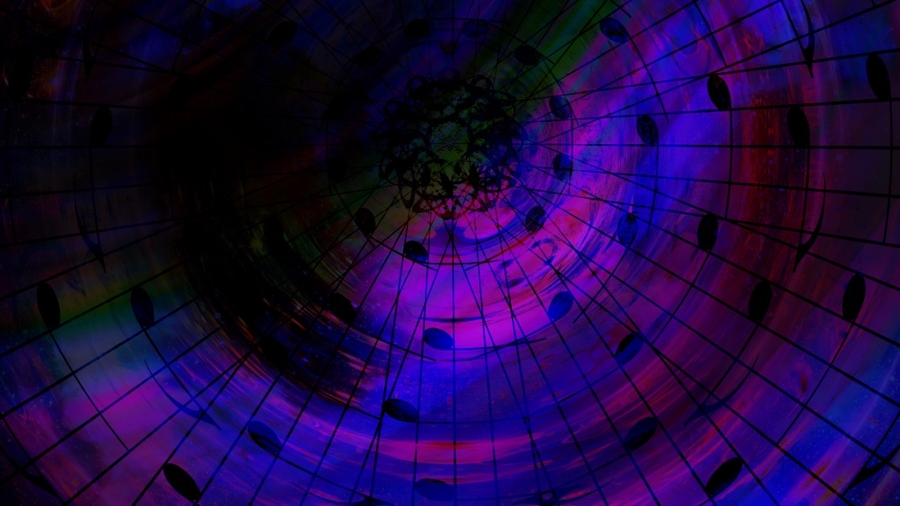 In the last 50 years, books were published showing that the ancient world civilizations had a singular body of knowledge allowing them to know the astronomical context of the Earth. A fusion of myth, sacred numbers, geometry and musical intervals seemed to have been the language used to express it. Such a body of knowledge could only have been created by the prior culture we know through their building of megalithic monuments, which studied astronomical time cycles, storing numbers as lengths within geometrical monuments. But why music also played a part of this body of knowledge was unclear.

The connection between astronomy and myth is seen in the naming of the constellations, planets and associated gods, in the myths of early oral cultures. These stories were eventually written down, preserving them. These stories often had strange numerical references, to numbers constructed out of the simplest numbers; 2, 3, and 5, to make larger numbers such as 360 (= 2 x 2 x 2 x 3 x 3 x 5). In the 1970s, Ernest G McClain saw these numbers belonged to the domain of musical tuning and that, in Classical Greece, Plato had written an encrypted guide to ancient tuning theory in his Dialogues.

McClain went on to reconstitute “holy” tuning mountains from a single number given within an ancient text. For example, the very large 8,640,000,000, encoded in monuments and texts, belongs to the “flood hero” (see Figure 1) found in most cultures. In contrast, the Bible was built upon the humbler Adam whose name equals A+D+M = 1+4+40 = 45. He is doubled to 90, the age of Sarah giving birth to Isaac (the 2nd Patriarch) who dies at 180. This pattern of doubling is needed for musical scales (or new musical possibilities) to appear as Adam’s descendants.

This way of analysing scriptural stories can hardly appeal to literalists who consider sacred stories to be literally true. Thus, McClain’s secret was well kept amongst scholars as an interesting but not compelling interpretation of texts. Yet there had to be a reason why different religions had placed harmonic numbers within their stories.

The reason lies in the outer planets as seen from the Earth, whose time cycles are in musical proportion to the Moon. The Harmony of the Spheres is a tradition established by Pythagoras (c.600 BC) that has followers to this day. But the secret part of it was apparently lost, as the oral tradition ossified and learning by reasoning emerged, in the Classical Greece of Plato and Aristotle. The Harmonists, as they were called, looked for musical relationships between the planets but no longer considered their synodic periods to be significant. The comparison of the lunar year (354.367 days long) relative to the synods of the two outer planets, Jupiter (398.88 days) and Saturn (378.09 days) reveals music to be part of the ancient knowledge, a fact I re-discovered in 2001 whilst studying megalithic numeracy.

The megalith builders used right-angled triangles to compare such lengths of time, starting with the lunar year compared to the solar year (365.2422 days). Having built such a triangle, the lunar year could also compare the lengths (in days) of the Jupiter and Saturn synods. Jupiter’s synod was found to be 9 units long (of 1.5 months) compared to the lunar year as 8 units (8 x 1.5). This ratio 9/8 is a musical whole tone whilst the Saturn synod gives 16/15, a musical semitone. These are the two intervals which make up the scales of musical octaves and this is how music became a crucial part of the ancient understanding of the World and its geocentric context. Both Jupiter and Saturn are synchronised with the lunar year and the planets came to be seen as gods and musical harmony came to be seen as the inner language of creation, in which the gods act out definite roles that are found in myths.

Our world only became harmonious in this way as the epoch of modern humanity began; in the last 70,000 to 200,000 years, as if the harmonic circumstances of the earth, moon, outer, and inner planets are related to the biosphere and humans becoming able to understand the world. The building of the ancient body of knowledge must have prepared the numeracy used in developing today’s exact sciences. But, through understanding the world in the traditional way, now as then, one is in contact with the higher intelligence which created the harmonious earth. The study of ancient number sciences is therefore an opportunity for individuals to see the higher worlds; rather than an attempt to be a pseudo archaeologist, historian or scientist, as is sometimes claimed.

The sacred arts and their usage of number has been displaced to such an extent that humanity has fallen into holding religious views which it can no longer connect to the Earth. This has made faith rather than understanding the basis of religious thought and, with the advent of technological economies, the old stories and monuments have become celebrated for their novelty and glamour rather than as precious survivors of an exact truth.

My latest book shows that the ancient world possessed a world view as great as that of modern science: a geocentric view of our planet as harmonic relative to the cosmos. Our recent transition to a heliocentric model was from superstition and thought control towards an enlightenment science, intellectual freedom and improved living standards. But, unknowingly, modernism has lost an essential part of its early history and the codes lying dormant in our past religious systems.

Richard Heath is a development engineer with degrees in systems science and computer-aided design. His interest in megalithic astronomy and metrology has resulted in 4 books, including Sacred Number and the Origins of Civilization. He lives near Cardigan, Wales.