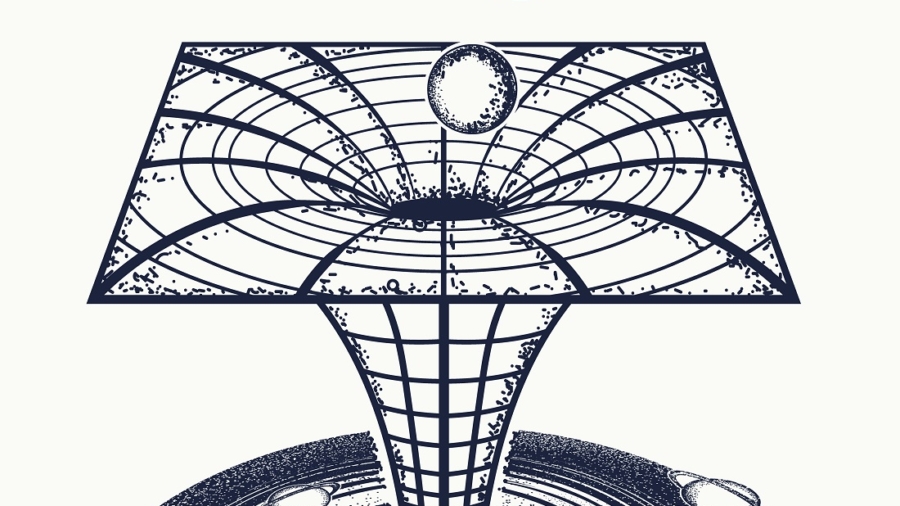 The American Psychological Association (APA) is the principal organization for academic and clinical psychologists in the United States. In the May 2018 issue of American Psychologist, the APA’s flagship journal, the lead article was “The Experimental Evidence for Parapsychological Phenomena: A Review,” and authored by Dr. Etzel Cardeña, professor of psychology at Sweden’s Lund University.

The paper analyzed 10 classes of experiments exploring various kinds of psychic phenomena like telepathy, clairvoyance, and precognition. Cardeña’s conclusion was unequivocal: “The evidence for psi is comparable to that for established phenomena in psychology and other disciplines.”

Cardeña’s conclusion confirmed that of Prof. Jessica Utts, Chair of the Statistics Department at the University of California at Irvine, and a past President of the American Statistical Association (ASA), the world’s largest organization of academic and professional statisticians. In her 2016 Presidential Address to the ASA, Utts said something that may have shocked some in the audience: “The data in support of precognition and possibly other related phenomena are quite strong statistically and would be widely accepted if they pertained to something more mundane. Yet, most scientists reject the possible reality of these abilities without ever looking at data!”

In other words, based on a wealth of scientific data, psychic phenomena exist. This is hardly surprising to the general public, but some scientists insist that these experiences are impossible. The reason for the ongoing debate has very little to do with the scientific evidence but very much to do with the scientific worldview – the set of ideas that form how science understands reality and our place in it.

The debate persists because many scientists believe that these phenomena violate physical laws, so they cannot exist. This pushes the evidence for psychic effects out on the fringe of academia, and that marginal status carries important consequences. Consider what the late Irvin Child, former chair of the psychology department at Yale University, wrote in 1985, also in American Psychologist:

Books by psychologists purporting to offer critical reviews of research in parapsychology do not use the scientific standards of discourse prevalent in psychology. Experiments on possible extrasensory perception (ESP) in dreams have received little or no mention in some reviews to which they are clearly pertinent. In others, they have been so severely distorted as to give an entirely erroneous impression of how they were conducted.

The serious study of psychic phenomena has been excluded from the academic mainstream largely because of these distortions, but also because of its unfortunate association with reprehensible con artists who pose as psychics. As a result, many generations of students have been taught fictional histories. We see these distortions reflected in the dismissive way that Wikipedia – one of the most popular websites in the world, and yet a self-admittedly unreliable source of information – covers topics in parapsychology. This in turn gives rise to a paradox.

The paradox is that psychic phenomena are extremely common human experiences, and yet few are willing to talk about them in public. Psychic effects are treated in the “serious” media at best as silly, and at worst as a sign of mental illness. So it’s hardly surprising that this topic remains a persistent taboo. But what sustains the taboo?

There are many reasons, but perhaps the key factor is that psychic phenomena are closely associated with magic. Not the magic of Harry Potter or Harry Houdini, but real magic (sometimes spelled magick to distinguish it from the fictional and fraudulent versions). This is why the taboo persists: The possibility of real magic is frightening because that’s almost always how it is portrayed in fiction.

I discussed the psychic-magic relationship in detail in a book entitled Real Magic (Harmony, 2018). It covered the origins of magic, the history of the esoteric traditions, magical practices, magic’s relationship to consciousness, and what scientific tests tell us about these effects. The bottom line is this: After you survey 10,000 years of history ranging from shamanism to the esoteric traditions known as Neoplatonism, Hermeticism, the Kabbalah, Gnosticism, the Rosicrucians, the Free Masons, and so on, you find that they are all based on a single perennial wisdom that can be summarized in three words: Consciousness is fundamental.

By consciousness I mean a primordial, universal awareness, a “substance” woven into the fabric of reality. From this esoteric worldview, scientific concepts like space, time, energy, and matter are said to emerge out of a universal consciousness. It also means that our personal sense of awareness, our self-consciousness, consists of the same stuff. Indeed, the esoteric traditions tell us that ultimately you are the universe. That is, universal awareness is the source of everything, including our bodies, brains, minds, and that entity you call “me” that is seemingly inside your head. This is where the idea that “you create our own reality” comes from, and it is meant in a literal sense. The esoteric worldview makes it far easier to understand psychic phenomena, because now the idea that awareness has the capacity to span all space and time, and that it can manifest the physical world, is simply a consequence of the nature of consciousness itself.

But what does any of this have to do with magic?

Real magic is the pragmatic application of the esoteric worldview, just like today’s technologies are the pragmatic applications of the scientific worldview. That is, if consciousness is indeed as fundamental as the esoteric traditions suggest, then the magical practice of divination ought to exist, because divination is all about how perception transcends the usual constraints of space and time. Common methods of divination include reading the Tarot, tossing runes, the I Ching, and crystal gazing. In psychic research we call these very same abilities clairvoyance and precognition, and we know – through rigorously conducted experiments – that these abilities exist.

Likewise, the magical practice sometimes called force of will, or manifestation, must also exist, because force of will is based on how physical reality emerges out of consciousness. In psychic research we call these effects psychokinesis, and they too have been repeatedly demonstrated in scientific tests.

A third magical practice is called theurgy, which is about interacting with spirits. This too must exist, because from the esoteric worldview human embodiment is just one way that consciousness can manifest into being. Psychic research studies theurgic phenomena in the forms of mediumship, channeling, near death experiences, and so on.

Is it possible to understand magic, and by association psychic phenomena, beyond the parables of esoteric lore? At first glance, such an understanding would seem to require an impossibly radical shift in scientific paradigms. But this is not the case. Leading edge ideas by today’s mainstream thought-leaders in physics, mathematics, and the neurosciences suggest that reality fundamentally consists of concepts like information, mathematics, relationships, or in its most general form, symbols. That is, in the emerging scientific worldview reality is no longer physical, like matter and energy, but rather it is drawing ever closer to a core esoteric concept of reality as mental, as an aspect of consciousness. This is not a regression to the past, as some may fear, but rather a development of a new way of understanding reality based on a fusion of ancient and modern ideas. When this convergence may happen is uncertain, but that it is underway is already clear.

Dean Radin, PhD, is Chief Scientist at the Institute of Noetic Sciences and Associated Distinguished Professor at the California Institute of Integral Studies. He earned an MS in electrical engineering and a PhD in psychology from the University of Illinois, Urbana-Champaign. Before joining the research staff at IONS in 2001, Radin held appointments at AT&T Bell Labs, Princeton University, University of Edinburgh, and SRI International. He is author or co-author of hundreds of technical and popular articles, four dozen book chapters, and four popular books: The Conscious Universe (1997), Entangled Minds (2006), Supernormal (2013), and Real Magic (2018).