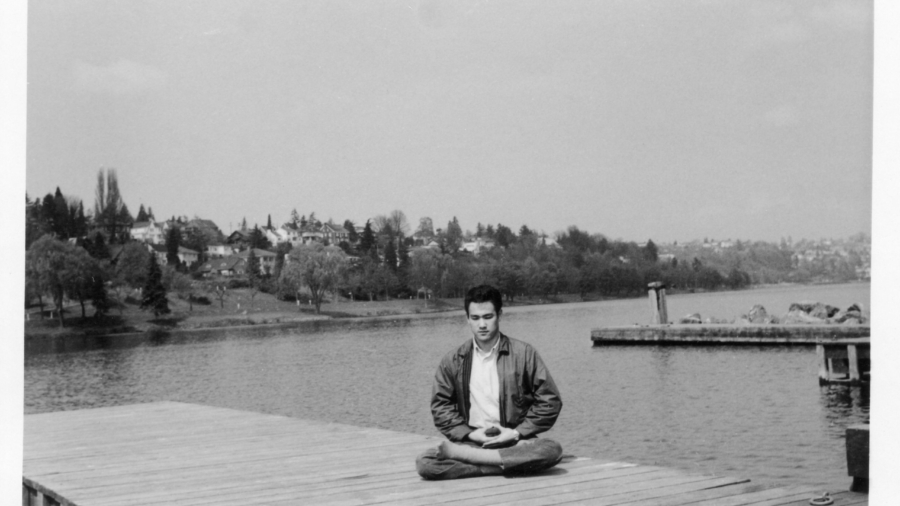 Published in time for what would have been Lee’s 80th birthday anniversary at the end of November 2020, in Be Water, My Friend, Shannon Lee illuminates her father’s most powerful life philosophies, shares previously untold stories from her father’s life and explains the concepts at the core of his teachings.

What follows is an excerpt from the book, reproduced with permission from the publisher.

Water may flow swiftly or it may flow slowly, but its purpose is inexorable, its destiny sure.

Martial arts was my father’s chosen love. From the age of thirteen, when he started practicing wing chun, until the end of his life at age thirty-two, he practiced every single day with little exception. He said of his passion for martial arts, “Everything I have learned, I have learned through the practice of martial arts.”

He had an extraordinarily sharp and insightful mind, and I often think it was a brilliant piece of fate that a mind like his was attached to such a physical and combative practice.

As it turns out, martial arts is a perfect metaphor for life. There are few disciplines where the stakes are so personal and so high as in a fight. Proficiency in martial arts is the practice of keeping centered and skillfully responsive under the direst of circumstances: the threat of physical harm.

When you have mastery in combat, you not only meet a fight with composure and skill, you become an artist of movement, expressing yourself powerfully in the immediate, unfolding present with absolute freedom and certainty. When your personal safety or very life is on the line, to remain alert, mobile, and skillful is an immense feat of self-mastery.

This philosophy of movement was how Bruce Lee lived every aspect of his life. He was always after what I like to call “the real.” Real fighting. Real living. Street-tested concepts. Everyday applications. He didn’t deal in points earned or light touches landed, as was the style of the day in high-level competitions. He called that kind of point- oriented, competitive fighting, with so many rules on how to score without causing injury, “dryland swimming.”

That’s not to say he was going around challenging everyone to a street fight, though he did fight a handful of real challenge matches in his lifetime. What he did do was train all-out. While protective gear did exist in a variety of arts, he was among the first to repurpose many separate pieces to create true sparring equipment for whole-body, full-contact engagement.

My father made focus mitts out of baseball gloves by flattening them and filling them with padding. He repurposed baseball catcher chest plates and boxing gear as well as kendo knuckle-finger gloves. This kind of sparring equipment has evolved and is common-place now, but back in the 1960s, its use was unheard of in Chinese kung fu (or, as my father pronounced it in his native Cantonese, “gung fu”).

Through heavy physical training and combat, my father had the opportunity to translate principles between mind and body—from idea to action—on a constant basis. Most (and possibly all) of what he espoused philosophically started first as an approach to being a successful martial artist.

Then, as with all universal principles, he ultimately realized that these martial arts applications were broad and deep—and inimitably applicable to the art of being human.

All images courtesy of the Bruce Lee Family Archive.

Shannon Lee is an actress and businesswoman. Daughter of the late film star and martial artist Bruce Lee, Shannon is now president of the Bruce Lee Foundation and is dedicated to sharing his life and message with fans and the general public alike.

Be Water, My Friend: The True Teachings of Bruce Lee by Shannon Lee, published by Rider Books, Hardback (240 pages).

Bruce Lee is a cultural icon, world renowned for his martial arts and film legacy. But Lee was also a deeply philosophical thinker, believing that martial arts are more than just an exercise in physical discipline – they are a perfect metaphor for personal growth.

In Be Water, My Friend, Shannon Lee shares previously untold stories from her father’s life along with the concepts at the core of his teachings. Each chapter reveals a lesson from Bruce Lee, expanding on the foundation of his iconic ‘be water’ philosophy to reveal a path to an enlightened way of being.

This is an inspirational call to action to consider our lives with new eyes and a testament to Lee’s unique power to ignite our imaginations and transform our lives.