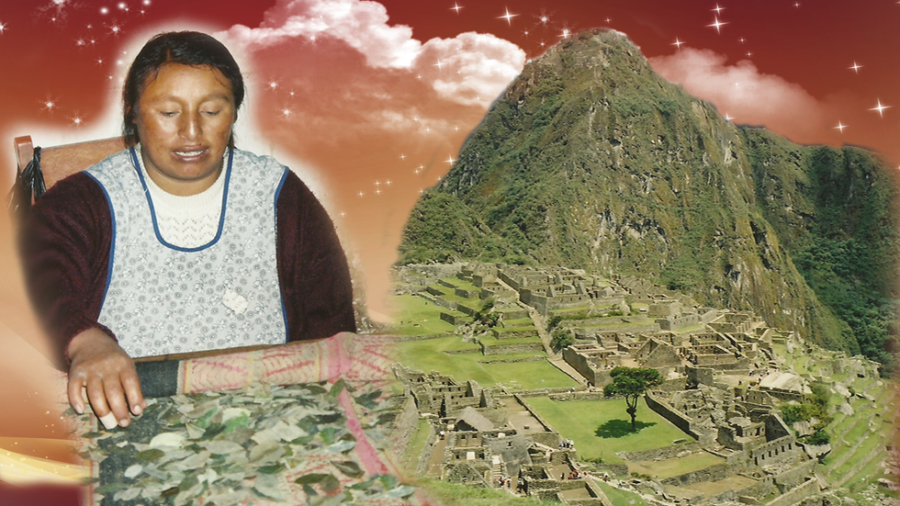 In Quechuan – the language of the native people of the Andes – Cusco means the navel of the world.  And it was in a suburb of this ethereal Peruvian city that the Inca witch who read my coca leaves confirmed that Machu Picchu would be the right resting place for my son, Sacha; Apu, the god of the sacred mountain, was waiting for him, she insisted.

Her reassurance was comforting; after travelling around Peru for a month with a black leather rucksack containing all that remained of my beloved son, I was about to head off to the sacred Inca citadel to scatter his ashes on the first anniversary of his death.

Sacha had loved travelling and mountain climbing in South America, and had walked the Inca trail. A few weeks before his death he told me that he’d love to return to Peru and watch the sun rise, once more, over Machu Picchu.

My original plan had been to go directly to Machu Picchu, scatter his ashes, and then check into a tranquil hotel on the coast and grieve.  But as fate would have it, the day before I was due to fly to Lima on my non-refundable ticket, my son’s Colombian father decided that he wanted to be present at the scattering, but couldn’t make it to Peru until the end of my trip. Our relationship, post-divorce, had been a difficult one. I was annoyed with him for scuppering my plans, but as it transpired, his decision to join me for the scattering proved a blessing for us both.

Rather than hiding away in a hotel for a month awaiting his arrival, I decided, instead, to explore Peru. I knew in my heart that this is what my son would have wanted. We had sometimes argued about the risks he had taken while travelling in that part of the world. Once he nearly got himself kidnapped while combing a FARC guerrilla stronghold for ancient Mayan ruins. But it wasn’t long before I found myself in some pretty hair-raising situations, too. In Lima, I had a police baton waved in my face while photographing a political demonstration. I had to hire a taxi to chase my missed coach – which already had my luggage onboard – a couple of hundred miles down the Pan-American Highway before it ended up in Bolivia. On another coach journey I had a struggle convincing checkpoint police that the dollars I was carrying weren’t counterfeit.

I felt Sacha close to me as I travelled around the country seeing, with my own eyes, the breathtaking sites he had visited and learning more about the ancient civilizations that had so fascinated him. When I flew over the Nazca Lines in an aged Cessna, I sensed he was looking over my shoulder, marvelling, too, at the extraordinary shapes carved into the pampas below. My grief-depleted life-force returned as I surfed down enormous sand dunes in the oasis village of Huacachina; rowed out to inhabited reed islands on Lake Titicaca – the highest lake in the world – and watched as condors circled the Sacred Valley.

Forming friendships with Peruvians who had, themselves, been bereaved, was also healing. The young man who introduced me to the Inca witch had recently lost his mother. In Agua Caliente – Machu Picchu town – the owner of the hostel where I stayed had lost her young son five years earlier. She told me that his ashes were still on her mantelpiece as she couldn’t bear to part with them. The fact that I had come half way around the world to scatter my son’s at Machu Picchu – where her boy had loved to play – resulted in her decision to scatter his ashes there, too. These warm connections helped to nudge me away from the familiar lament of the bereaved: Why me? towards a mantra of acceptance: Why not me?

It’s what you don’t see in all those Latin American travel brochures that makes Machu Picchu so awe-inspiring: the spectacular distant views of the snow-capped glacier summits of the Cordillera Vilcabamba, and down below, the deep, green valleys of the winding Rio Urubamba. The constellation of the Pleiades rises from the peak of nearby Huayna Picchu.  The citadel’s sublime scale and astronomical geography gave me the feeling of being perched on top of the world, within spitting distance of the stars. With its spine-chilling vistas and celestial mysteries Machu Picchu represented, for me, a distillation of all that is beautiful and good on this planet.

The scattering itself was profoundly spiritual. I sensed the eternity of life and our eternal connection. I said a prayer to Apu – the god of the mountain – as the Inca witch had instructed, and also a Buddhist prayer; then Sacha’s father and I scattered his ashes together. We made peace at last – which, I believe, is what Sacha had wanted all along. The healing of the rift proved a godsend as his father died of a stroke not long afterwards.

The Inca witch also told me that I should write a book about Sacha’s life and my travels in Peru. And, once again, I took her advice.

Diane Esguerra is a writer and a psychotherapist. She has written for theatre and television and is the recipient of a Geneva-Europe Television Award and a Time Out Theatre Award. She is also the author of The Oshun Diaries: Encounters with an African Goddess (2019). Diane is the founder and director of Greenlight Healing & Personal Development Consultancy.

Junkie Buddha: A Journey of Discovery in Peru, by Diane Esguerra, published by Eye Books.