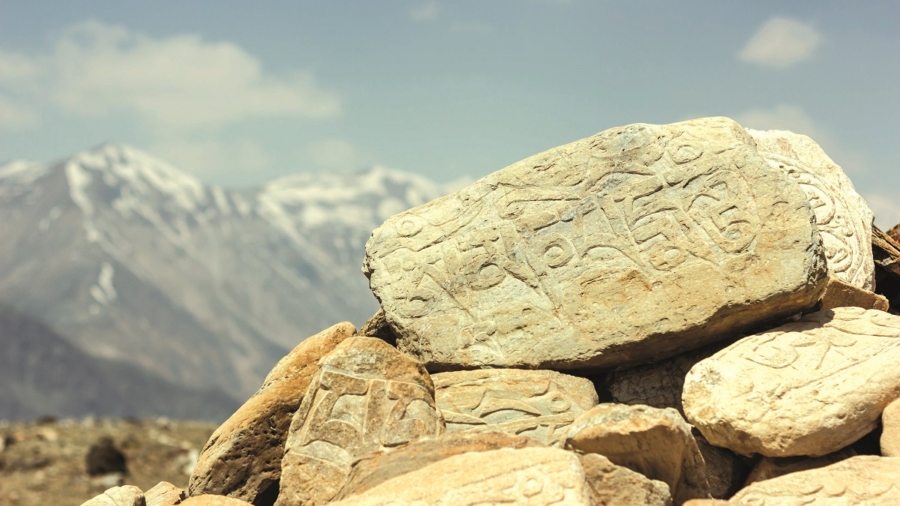 by Leah Russell
with one comment
Yoga and Meditation

In our increasingly secular world, holy texts are at best seen as irrelevant, and at worst as an excuse to incite violence, hatred and division. So what value, if any, can scripture hold for us today? And if our world no longer seems compatible with scripture, is it perhaps because its original purpose has become lost?

Today we see the Quran being used by some to justify war and terrorism, the Torah to deny Palestinians the right to live in the Land of Israel, and the Bible to condemn homosexuality and contraception. The holy texts at the centre of all religious traditions are often employed selectively to underwrite arbitrary and subjective views. They are believed to be divinely ordained; they are claimed to contain eternal truths.

But as Karen Armstrong, a world authority on religious affairs, shows in this fascinating journey through millennia of history, this narrow reading of scripture is a relatively recent phenomenon. For hundreds of years these texts were instead viewed as spiritual tools: scripture was a means for the individual to connect with the divine, to transcend their physical existence, and to experience a higher level of consciousness. Holy texts were seen as fluid and adaptable, rather than a set of binding archaic rules or a ‘truth’ that has to be ‘believed’.

Armstrong argues that only by rediscovering an open engagement with their holy texts will the world’s religions be able to curtail arrogance, intolerance and violence. And if scripture is used to engage with the world in more meaningful and compassionate ways, we will find that it still has a great deal to teach us.

We cannot examine every single one of the world’s scriptures in this book; some scriptural canons are so huge that even the faithful do not attempt to read all the texts that they contain. But I will trace the chronological development of major scriptural canons in India and China, as well as in the monotheistic traditions of Judaism, Christianity and Islam, to throw light on the scriptural genre.

These scriptures prescribe different ways of living in harmony with the transcendent, but on one thing they all agree. To live in genuine relation with what Streng called the unknowable ‘ultimate’, men and women must divest themselves of egotism. What the Greeks called kenosis (the ‘emptying’ of self) is a central scriptural theme. Furthermore, the scriptures all insist that the best way of achieving this transcendence of self is to cultivate habits of empathy and compassion, which are products of the right hemisphere.

We hear a great deal today about the violence and hatred that scripture supposedly inspires and we will examine some of these intransigent passages. But, in different ways, the scriptures concur that you cannot confine your benevolence to your own people but must honour the stranger and even the enemy. It is hard to imagine an ethic that is more urgently needed in our perilously divided world.

Kenosis requires a transcendence of self that is extremely difficult to attain. That is why some traditions insist that you cannot read scripture by yourself. You need a teacher who trains his or her disciples to adopt a way of life that systematically ‘goes beyond’ the ego, dismantling our instinctive tendency to place ourselves at the centre of the world. Without such a teacher, one Chinese sage insisted, scripture remains impenetrable. But nearly all the scriptures present us with the final product – the human being who has achieved this transformation and become divine.

These people have not been possessed by an alien force; rather, they have aligned their lives fully with the ultimate ‘something’ that pervades all things, and achieved a more authentic mode of being. The scriptures insist that this is not the attainment of a few exceptional people but is possible for anybody, even the man in the street, because you cannot think ‘human’ without also thinking ‘divine’. In some traditions, divinity is presented as a third dimension of humanity, that mysterious element that we encounter within ourselves and in others that constantly eludes our grasp.

There are differences in emphasis, however. In some traditions, the focus is the cosmos; in others, it is society. The scriptures of India and China insisted from the very beginning that human beings must align themselves with the rhythms of nature. In India particularly, the universe was presented as chronically fragile, so it was essential to give something back to support our frail world. Again, at a time when scientists tell us that climate change is becoming irreversible, it is difficult to imagine a more relevant message. But the monotheistic traditions, which have emphasised the importance of justice and equity, also speak directly to our current predicament.

Despite our modern emphasis on equality and human rights, these prophetic pronouncements are needed. As I write this, unacceptable numbers of people in Britain, one of the richest countries in the world, are sleeping in the streets during a particularly cold winter. We humans are ‘wired’ for transcendence, and in recent decades there has been a swing back to religion – even in the former Soviet Union and China where it was suppressed for decades. The aggressive scepticism of northern Europe is beginning to look endearingly old-fashioned. But to be authentic, this religious revival cannot simply be a private quest; it must revisit these scriptures and make them speak directly to the suffering, rage and hatred that is rife in today’s world and imperils us all.

Before the early modern period, when the Renaissance humanists and Protestant reformers sought to return ‘to the wellsprings’ (ad fontes) of Christianity, scriptures were routinely revised, updated, and their message dramatically reinterpreted to meet the demands of the present. The art of scripture did not mean a return to an imagined perfection in the past, because the sacred text was always a work in progress. The art of scriptural exegesis was, therefore, inventive, imaginative and creative. So, to read the scriptures correctly and authentically, we must make them speak directly to our modern predicament.

Instead, some Christian fundamentalists today aim to revive the Bronze Age legislation of the Hebrew Bible, while Muslim reformers are slavishly attempting to return to the mores of seventh-century Arabia. Given our current problems, the scriptures’ faith in the divine potential of all human beings seems particularly relevant. It is, perhaps, significant that Lion Man was discovered in the Stadel Cave on the eve of the Second World War, when we learned what can happen when a sense of the sacrality of every single human being has been lost.

Karen Armstrong is one of the world’s leading commentators on religious affairs. She spent seven years as a Roman Catholic nun, but left her teaching order in 1969 to read English at St Anne’s College, Oxford. In 1982, she became a full time writer and broadcaster. She is the bestselling author of over a dozen books, including A History of God, The Case for God, Twelve Steps to a Compassionate Life and Fields of Blood: Religion and the History of Violence. A passionate campaigner for religious liberty, Armstrong has addressed members of the US Congress and participated in the World Economic Forum. In 2013 she received the British Academy’s inaugural Nayef Al-Rodhan Prize for improving transcultural understanding