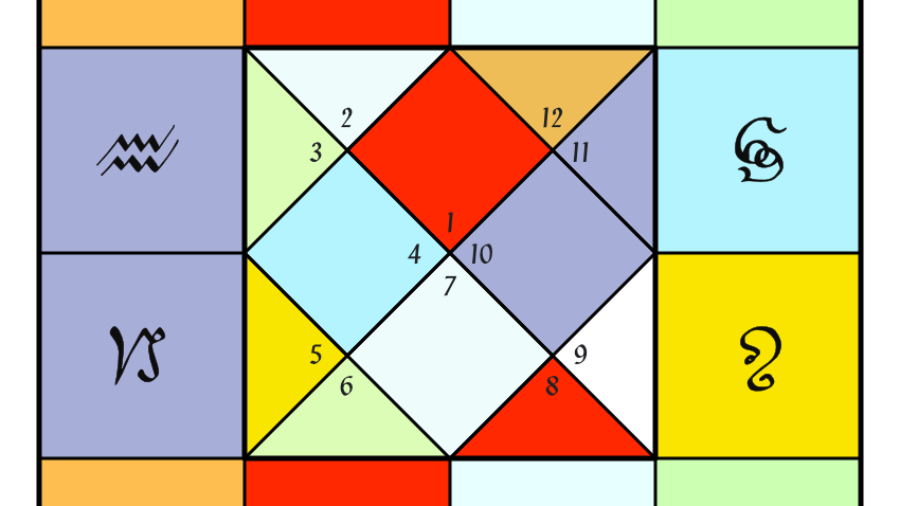 I first became interested in Vedic Astrology back in 2001, having at that time enrolled on a four year part-time course on Āyurveda.  For those unfamiliar with this word, a tentative translation might be ‘the science of life’. Āyurveda is the indigenous medicine system of India, whose written tradition is approximately two thousand years old, with oral traditions that are perhaps as old again.

Āyurveda is an extremely comprehensive study, integrating eight separate branches of medicine, these being: internal medicine, paediatrics, toxicology, aphrodisiacs, rejuvenation, ENT, psychology and surgery. Together, these disciplines interlock and attempt to tackle almost every medical eventuality.

Āyurveda is a curious study, in that its principles may be understood relatively quickly, yet, to use this information effectively requires many years of experience and dedicated practice. In a way, it might be said, Āyurveda is as much an art as it is a science. Here in lies the divide between modern and traditional medicine. Whereas the former is built upon a detailed study of anatomy and bio-chemical models, the latter is more preoccupied with functional systems and their observed effects. In addition, the former is founded upon corpus corporis, or dissection of inanimate bodies; the latter centres on corpore sano (living ‘healthy’ tissue). Āyurveda, would therefore argue that to fully understand life – one must observe a living body.

In addition, LIFE has many layers, many of which move beyond normal perception; one of these being the concept of karma. The role of karma plays a large part in the Vedic tradition, where accrued karma is believed to become enmeshed with an individual, becoming their mobile ledger of past action/s that seek to ‘manifest’ at preordained moments. Here is where astrology really comes into its own, not only providing a means to determine ones karmic debt, but also useful in helping to bring clarity to those aspects of life that go beyond the physical world. These areas include such things as dharma. Dharma is considered to be right action, duty, or the performance of certain undertakings to aid in ones spiritual growth. In addition celestial timing (known as dasha) is the means by which the ripening of individual karmas can be anticipated and acted upon.

Vedic astrology is correctly referred to as Jyotish, a word meaning divine light or science of starlight. Akin to Āyurveda, Jyotish is also an immense repository of observational information. Through its rich astrological symbolism, elaborate mathematics and eloquent language, it remains a powerful predictive tool as well as an event coordinator. Even today, astrology is used to ensure a synastry between the planets (known as graha) and events here on earth. Through examination of horoscopes it is deemed possible to divine a great number of probable life events. These include health, constitutional strength, individual destiny etc. As my studies of Āyurveda deepened, I began to understand the relevance of Āyurveda’s sister-sciences and how they might benefit medicinal potency in this medical system.

In my final year of study I opted to study in Sri Lanka, this was due in part to a short previous visit, during which I had been greatly impressed by the integration of Āyurveda with the islands indigenous medical practices. There was also a strong tradition of Jyotish and Hasta Rekha (palmistry) being used in combination, as well as a selection of herbal/mineral medicines prepared at a number of facilities. This latter practice might better be described as alchemical – its protracted procedures looking something closer to magic rather than medicine. That being said, ‘the proof of the pudding is in the eating’, and this was certainly the case with this practice. I was able to follow a number of case histories across the months and watch the great efficacy of these preparations.

In addition, I began to witness how widespread and profound the belief and practice of astrology and palmistry was. I saw many Āyurvedic doctors and local shamans arm their patients with copper amulets, sacred threads (called Pirithnoola) and ratnachitkitsa remedies, specific gemstones worn to ameliorate a malefic planet.

As I said, the basic principles behind many of these systems may be grasped quickly, but being able to apply that knowledge confidently can take many years of practice.  Having begun some preliminary study of astrology in the UK, it was easier to find my footing with some Sri Lankan astrology techniques and so by day I studied in a small clinic on the outskirts of Colombo and in the evening received instruction in Jyotish. Later on, I extended my studies to Hasta Rekha Shāstra (hasta = hand, rekha = lines and shāstra = knowledge). This daunting task was made easier by the fact I was working alone and that every day I had only these tasks to perform.

One other factor for this all-consuming timetable was the often laborious nature of medicine manufacture, with some mineral-metallic preparations taking many weeks to complete. This was perhaps the biggest undertaking, as it was not only physically tiring, but also mentally fatiguing. Preparation deadlines and the specific timing of events made production difficult. These prerequisites mostly related to the Moon’s monthly orbit and its position relative to certain stars; its daily tenanting of a particular portion of the sky was observed to enhance the potency of the medicine being prepared. With regard to metallic preparations, this became doubly so, as planetary positions (each corresponding to a particular metal) were substantially energised or depleted according to their current zodiacal positioning.

In Sri Lanka (as in India), they use a complex electional astrology system, whereby specific days are selected to begin preparation or achieve the highest potency of remedy. There are also combinations whereby certain stars deemed inauspicious may be prominent and so are to be avoided. During these periods timing becomes critical, and so you might be required to undertake a project at what might seem an ungodly hour, but also necessary to prepare specific remedies to be in accordance with prescribed procedures.

The final outcome of these studies was a substantial quantity of notes and samples, the bulk of which I was able to slowly catalogue upon my return to the UK in 2006. Over the coming years I collated this data and was able to extract enough material to write a number of books.  These were initially written more for my own benefit, as I experimented with committing enough coherent information into a book format, something I hoped might be read and understood by others.

The results of this eventually culminated in three books, firstly Rasa Shāstra: The Hidden Art of Medical Alchemy, which essentially discusses the art and practice of preparing the alchemical medicines used in Āyurveda. My second book Jyotish: The Art of Vedic Astrology details the fusion between astrology and medicine, as well as outlining the mythology and techniques of horoscope construction in Jyotish. My final book Vedic Palmistry: Hasta Rekha Shāstra looks at the integration between Asian palmistry and astrology and how it is used to determine health and the prediction of ones destiny.

Andrew Mason is an expert in Eastern Astrology and Alchemy. He started studying holistic medicine 20 years ago and completed his training as an Āyurvedic practitioner in 2006. He then undertook a unique and intensive apprenticeship in the east, learning astrological techniques and the closely guarded processes involved in the manufacturing of ancient alchemical remedies.