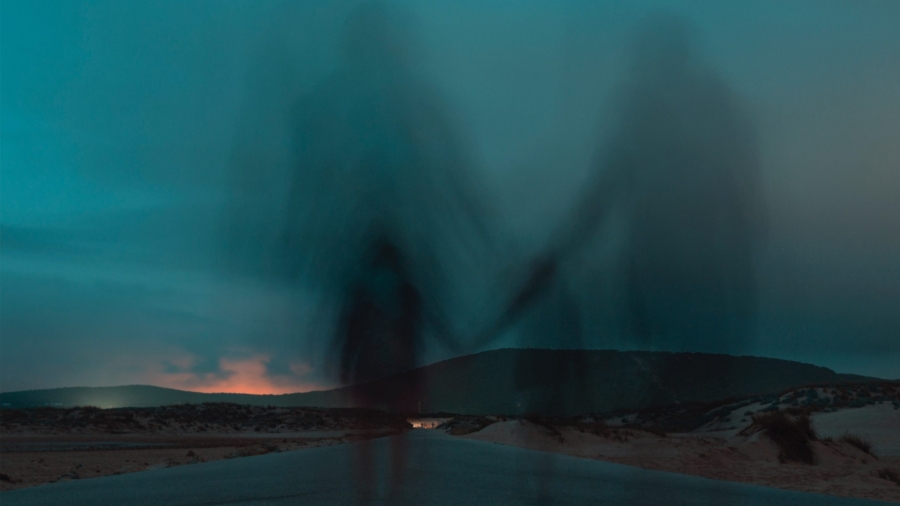 by Leah Russell
with one comment
Magick and occult

Paranormal investigator and author G.L. Davies probes into the UFO phenomenon which, despite what you may think, shows little sign of slowing

“Two possibilities exist: either we are alone in the Universe, or we are not. Both are equally terrifying.”

I invite you to join me on my most terrifying investigation yet. In 2009 one woman from Pembrokeshire believed she was abducted by aliens. What followed was a terrifying ordeal of alien visitation, nightmarish visions, encounters with terrifying creatures, a connection to the past and a prophecy of destruction on the scale never seen in Pembrokeshire’s peaceful history.

Should these events be true, then no one is safe. The harvest has begun…

Pembrokeshire, West Wales is no stranger to UFO and alien activity. It is the epicentre of a world-famous UFO flap in the late 1970s to early 1980s. Investigators from all over the world flocked to the beautiful coastal county of Pembrokeshire in search of extra-terrestrial proof.

The Welsh, Dyfed and Broad Haven triangle as it would come to be known would feature an abundance of UFO sightings, anomalous seven-foot spacemen and cattle teleported miles in mere seconds, these, just a few of the strange incidents that took place.

On February 4th, 1977, 16 school children ages between 9 and 11 at the broad haven school claimed to have witnessed a strange silver cigar-shaped object with a dome on top. The object appeared to be in distress and struggled to lift off from a field near the school. The headmaster herded the excited and worried school children into the school hall, and under examination conditions, asked them to draw and write what they believed to have seen, and the interpretations were all eerily similar.

Had the children seen a UFO or had they merely misidentified and witnessed an ordinary object. Young imaginations fuelled by a recent BBC Nationwide news item on UFOs?

Researchers, journalists, and investigator have spent many years peeling away at the many layers of these accounts as they attempt to discern just what had happened in this sleepy county. Was this something to do with the military bases and cold war early detection installations, environmental effects created by the oil refineries in the area, hysteria fuelled by the misidentified of ordinary objects or an authentic alien presence in the area?

As much as current investigators scrutinised every detail from the past, they may not have realised that the terrifying and disturbing events were still ongoing in Pembrokeshire.

As a Pembrokeshire resident and best-selling author, I am  known to the paranormal and local community for in-depth, investigations into alleged supernatural accounts.

My documentation of the events of Haunted: Horror of Haverfordwest has awarded me the dubious accolade of one of the most terrifying authors and researchers of my time. Haunted even made the #1 most terrifying books of one all-time list and was acknowledged as one of the darkest and most thorough investigations of the 21st century. The tag line of Dare you read? became too much for some as they claimed strange events occurred after reading the book.

My study into Spectrophilia, the phenomena of paranormal sexual abuse in my 2nd investigation Ghost Sex: The Violation made national and international news. The graphic and raw account of one woman from Pembroke Dock’s allegations, claiming that she has been victim to not only spirits paranormal sexual abuse, but also that of a demonic presence, shocked many a reader.

It was during my research into the past Pembrokeshire UFO phenomenon, in 2014, that introduced me to a young Pembrokeshire woman named Susan who claimed she had not only witnessed UFO activity in Pembrokeshire from 2009 onwards, but had also been abducted.

My newest book, Harvest: The True Story of Alien Abduction is the 6-year long study of Susan’s alleged alien encounters. Susan was subjected to many horrific ordeals and believed, she, like hundreds more are being harvested by unknown, nefarious alien or dimensional beings.

Harvest deals with a variety of encounters from balls of flaming light seen on the Milford Haven waterways to the first-hand witness encounters with strange and sinister alien beings. She believes close proximity to these beings led to the tragic death of family and pets, and shares what she believes was an experience in which she was on board a large alien factory-like building or vessel where hundreds of women from all over the world were being experimented on as part of a diabolical breeding program and with some victims entirely harvested.

Harvest delves deep into numerous UFO sightings, encounters with several different alien types and one of the most horrific ordeals imaginable that take place within an alien environment.

Those of a more rational mind may be quick to dismiss her claims: surely alien life forms and UFOs do not exist.

For years, researchers claimed the United States government was running a top-secret program and research into the UFO phenomena. Time and time again the authorities denied everything, telling the media and the public there was no official interest in the subject.

UFOs have been written off for years as mirages, misidentifications, hoaxes and delusions or, at best, prototype aircraft and missiles operated by the U.S or perhaps from a country like Russia or China. This dismissal continued despite investigations from Project Blue Book which from 1947 to 1969 investigated over 12,000 UFO sightings, of which 701 still remain a mystery.

UFOs were seen by the police, military personnel, commercial aviators, doctors, nurses, politicians, royalty, scientists and even presidents, but the media usually ignored it or ridiculed it, portraying those who had such experiences people as conspiracy nuts and fantasists. Little green men and tin foil hats.

Mikhail Gorbachev, leader of the 2nd most powerful nation at the time, said that, “The phenomena of UFO’s is real and it must be treated seriously”.

Then in December 2017, the conspiracy theories all came true. There was an actual secret government UFO project, and these objects had been tracked and chased. The story did not break on some UFO forum or conspiracy website, but in a fact-checked article in the New York Times.

Then in June, during the COVID-19 pandemic and U.S protests, another story emerged: that the Pentagon was acknowledging this phenomenon. Yet, distracted by global events, most people missed this. This news item was slipped out there during the most chaotic of times.

The UFO phenomena is a riddle wrapped in an enigma with so many avenues to explore to reveal its true origins.

Is Susan’s account real? Is alien abduction, experimentation and harvesting a genuine threat that humanity has endured for centuries if not millennia? Recent media soft disclosure would seem to indicate we may not be as alone in the Universe after all…

I invite believer and sceptic alike to delve deep into one of the most comprehensive testimonies in alien abduction history and decide for yourself.

Should these events be real, then no one is safe. The harvest has begun. Sleep well…

Born in 1975, G.L. Davies lives in Pembrokeshire, West Wales. He studied hauntings in 19th-century literature and has spent most of his career in advertising and sales. G.L. Davies created theparanormalchronicles.com in October 2013. He is currently a publisher at 6th-books.com. He is the author of four books: Haunted: Horror of Haverfordwest, A Most Haunted House, Ghost Sex: The Violation and Harvest: The True Story of Alien Abduction. He also hosts the popular The Paranormal Podcast.