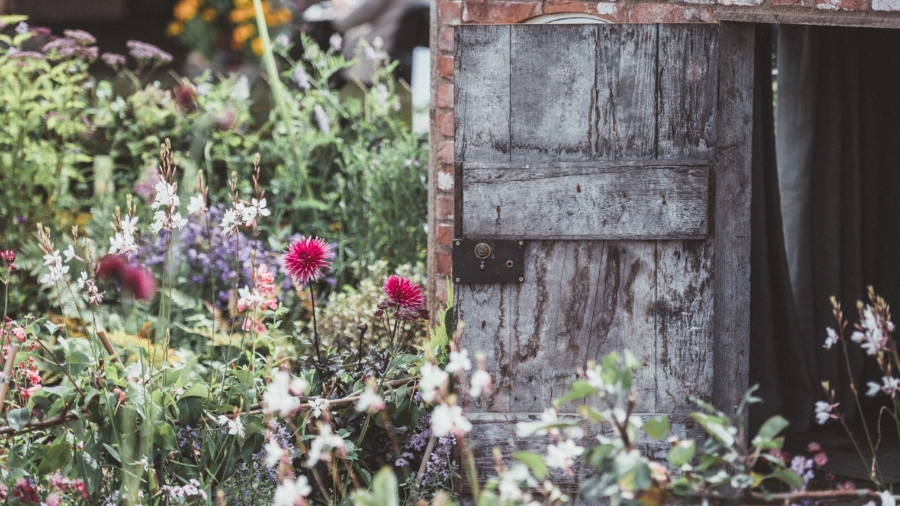 Getting Back To the Garden

We are all familiar with the allegorical tale of the Garden Of Eden, which most esoteric practitioners would interpret in that way, rather than as a literal tale of humanity’s infancy in a primordial garden.

Perhaps given the times we are in, a fresh look at this concept brings us full circle, not to a simplistic view of the Garden Of Eden as a literal garden created as an enclosed sylvanian paradise for unconscious humanity, but as the unspoiled and overflowing place that the Earth once was. In a short time, after the last ice age ended, plants repopulated the planet, covering vast areas in forest and savannah. For our ancestors, some ten thousand or more years ago, the Earth was a paradise of abundance, partly because there were so few people and partly because humans had not had much opportunity to exploit, deplete and wreck the natural environment.

Here we are, in the early stages of the third millennium CE, finding ourselves on the precipice in an overcrowded world, damaged and degraded by our own actions. One can clearly see how far we have strayed from the Garden. Visions of the future, often of a spiritual nature, have become divergent – one offering a transhumanist world of high technology, in synergy or even merger with the human experience, where technology overcomes our problems on this planet and prepares us to venture out into the stars.

The other vision is entirely human, perhaps retrospective in its ideology – looking into our own past for the answers to today’s problems. My own vision for a better world is very firmly in this camp: seeking to move forward by combining the best of  our past and present, rather than taking a reconstructionist approach to our future. History is full of examples of failed civilizations, dead spiritualities and doomed ideologies, but it is also full of shining examples, often isolated from colonial influences, that worked and could work again given half a chance.

Our great challenge as humans seems to be learning to not keep repeating our mistakes. Being cognisant of our past and its failings is key to making a better future – if we could only learn what not to do, that would go a long way towards helping us learn what to do.  History is littered with lessons of both aspects of this knowledge – both what we should embrace and what we should avoid, but not enough of us are prepared to delve into this treasure trove with any real commitment or appreciation for the lessons held there.

One of the reasons that I wrote ‘The Druid Garden’ is that I became aware that the solutions to much of modern human lifestyles have been around for a long time. Fixing the future may be not so much a process of learning something new, but of remembering that which has been forgotten. On the most basic of levels, the fundamentals of life depend on the food that we eat. The daily alchemy of turning stored sunlight (plants and animals as food) into the energy to live is so taken for granted that most people don’t even think about what it actually is or represents.

On the most simplistic level, ‘rubbish in equals rubbish out’ sums up the net effect of having so little care for the quality of our food, how it is produced, the life and death of living beings that constitute our food, and how it is prepared and consumed. For many people, there is nothing sacred at all throughout the process – from the birth of a seedling or an animal, through to the eating of the end ‘product’. On a deeper level, when we consider the total absence of the sacred in our food, then it is hardly a surprise that we are in such bad shape as individuals, as communities and as a species, with the knock-on effects reverberating throughout the entire planet.

Food is just one aspect of our relationship with spirit and with nature – but this alone should ring alarm bells as it is so fundamental to our existence. If we can begin to change our relationship to food and its true value, rediscover the sacredness of the entire act, from intention through to consumption, then there is some hope that we might be able to tackle more complex issues in a sacred and holistic manner.

In the book, I describe how we arrived at this sorry state of affairs – a process that took many thousands of years and a gradual shift in perception and attitudes. More importantly, I have tried to share real-world practical solutions to our immediate environmental problems, on our own doorsteps. It is all very well being ‘spiritual’ in our heads – but that counts for very little if we cannot implement our love for the Earth in a meaningful and practical way.

Time is running short. The time for procrastination was over a century ago, but it is still not too late to turn away from a horrible and dystopian fate. I believe that the decisions that humans collectively make now could have an impact on the future of humanity and this planet for hundreds or even thousands of years to come.  So many areas of human life are currently being re-evaluated, so much of what we have done or are doing is being questioned as we face a very uncertain future.

There is little point in me, or anyone else, lecturing others about what to do – those who are not interested will not listen, and those who are already aware do not need to be told what to do. So what I have done, as best I can, is share what knowledge, experience and understanding that I think will be useful to those who wish to join me in trying to return to the Garden. Joni Mitchell sang about this 50 years ago on the album ‘Ladies Of The Canyon’, but perhaps we are further from the Garden now than we were then. This planet has amazing regenerative power, and given a little assistance by us and the absence of destructive behaviour, it can return to being the paradise it once was.

Luke Eastwood is a writer, artist, designer, musician, photographer and spiritual practitioner. He is the author of several books. https://lukeeastwood.com/

The Druid Garden by Luke Eastwood, published by Moon Books, out now in paperback and ebook.