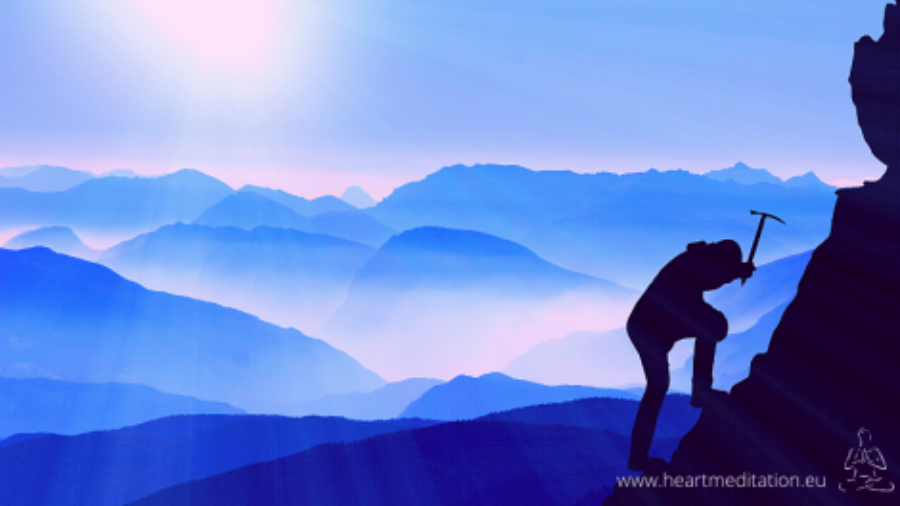 Since the dawn of humanity, we humans have tried to push the sphere of our control over nature, our environment, and even over each other, whether it be through technological progress, or by examination of nature, or journeying to the far ends of the world. The tales of such past explorations have often fuelled the interests of future generations to extend humanity’s reach.

Perhaps one of the most famous feats of exploration in recent human history was the first successful climb of Mount Everest by Tenzing Norgay and Edmund Hillary in 1953.

Before this climb, there had been many unsuccessful attempts, many of which had led to numerous deaths. Yet, this first successful ascent seemed to have energised a whole new generation of people, all wanting to climb Mount Everest. So, what was once regarded as almost impossible has now become a whole tourist industry with people lining up to climb Everest – even to the extent that there are now real environmental issues faced by the region as a result of numerous climbs.

In fact, it now seems it is no longer enough to just climb Everest once, but to do it over and over again, such as a climber who made global headlines in 2019 for climbing the mountain twice in a week. Thus, what was once regarded as an almost impossible feat, has now become a weekly routine for some!

Yet, for explorers like Hillary, the climb was not actually about the mountain itself, but more about the climber. Hillary famously said, ‘It is not the mountain we conquer but ourselves.’ This statement also has many messages for spiritual seekers who are trying to discover their true self – which, in many ways, is as difficult a task to achieve as climbing Everest. As spiritual seekers, our journeys are faced with many dangers created by our egos, which we need to overcome in order to discover the underlying reality of our soul. However, the results of our inner climb are not like the results gained by Hillary, which was recognition confined to the physical realm. The seeker’s climb leads the seeker to gain inner wisdom and enlightenment that is beyond this world, which they continue to carry with them after they leave their bodily confines.

Consequently, for seekers, the path laid out by spiritual masters such as Buddha, Rumi or others is an open invitation to undertake such a journey, just like Hillary’s ascent unleashed a whole movement to climb Everest. Yet, the inner journey does not have all the environmental hazards associated with large groups climbing Everest. Instead, it is, in effect, a step towards global enlightenment that will help our society overcome the many perils we face in our lives that are created by our individual or collective egos.

Therefore, faced with such a reality, all seekers should realise that the only mountain worth conquering in our lifetime is the one represented by our ego, in our inner journey of self-discovery, under the guidance of a qualified guide! Otherwise we will keep seeing the mountain of our egos in every corner of our society and lives which invariably brings with it unrest and social discord. However, when each of us actually starts our inner journey, with each step we also attempt to take control of our ego, empowered by the love that fuels such a journey. As Rumi famously said, “Your task is not to seek for love, but merely to seek and find all the barriers within yourself that you have built against it.”

Consequently, through reflection on the above remarks, one can also appreciate why the highest mountain on Earth is called Everest, for the word Everest actually means ‘Holy Mother’ or ‘Holy Mountain’ in Tibetan and is considered sacred by Sherpa people. Mount Everest and its flanks are believed to be blessed with spiritual energy, and we should show reverence when passing through this sacred landscape. Within Everest and the surrounding region, the karmic effects of one’s actions are magnified, and impure thoughts are best avoided.

Thus, when we take this into consideration, and the words of Hillary who said, ‘People do not decide to become extraordinary. They decide to accomplish extraordinary things’, one can conclude that maybe the most extraordinary thing to do for a human being is to undertake the exploration of their own sense of self or soul, as achieved by masters like Buddha, who famously declared: ‘No one saves us but ourselves. No one can and no one may. We ourselves must walk the path.’

Hence, all humanity in one way or another is faced with a choice: to solely explore the frontiers of the physical plane that has led to the current state of world affairs, or to take a step toward our soul, just as Buddha stated. As a result, not only will we save ourselves from the hazards caused by our egos or collective egos, we will also create a balanced world where even our physical explorations become guided by our inner journey – and thus the result of such explorations will not be abused by our egos to the social detriment and discord we see in the world today.

It is only by climbing the inner mountain that we can say that we have achieved an extraordinary feat that will last beyond our physical lives, through which we create benefit for ourselves and others, both in the physical realm and beyond.

World peace can only be achieved when a tipping point is reached, when a significant section of humanity undertakes their own inner journey of inner peace and enlightenment and walks the path outlined by Buddha or other spiritual masters. By so doing, they will invariably create the mentioned tipping point. This has sadly yet to occur in human history because not enough people have been interested in following the inner path of self-discovery which has sadly led to the tragedies of history endlessly repeating itself.

That is why Sufi masters, just like masters of other paths, invite all humanity to climb the inner mountain which they call mount Qhaf, and meet the mythical bird Simorgh. Simorgh is a representation of the higher consciousness, and the unification of our individual consciousness with this higher consciousness. It is through such a unification that we can save ourselves and humanity. It is through this process that each of our souls can become guided by this consciousness, both in this world and the next, just as spiritual masters like Buddha, Rumi and others have been guided throughout history. This is why such masters have dedicated their lives to guiding others to such a journey of self-discovery, which is bound with endless layers of wisdom and love.

Yet when a seeker does undertake such a journey, they invariably discover that at the summit of their inner mountain, there is no peak at all but an endless ocean waiting to be explored. It is through facing such an experience that seekers transform themselves from climbers to pearl divers on a quest to explore the endless potential of their inner pearl, which is the soul.

So, faced with the aforementioned remarks, in some sense one can say that we are all faced with one important question throughout our lives, which can be articulated by rephrasing the famous words of Shakespeare. ‘To be or not to be?’ becomes a question of “To soar or not to soar?”