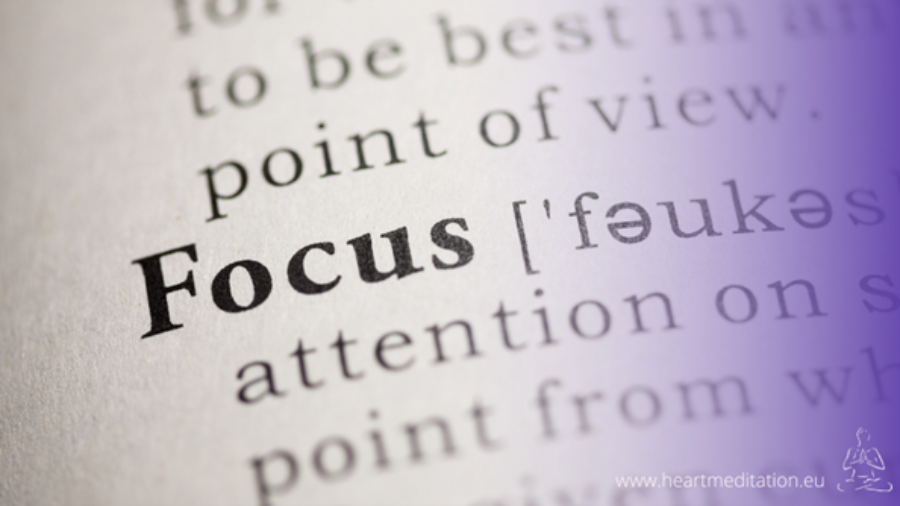 The secret of success to many types of endeavours can be categorized by the following steps: Having a well-defined goal, a plan to achieve the goal, determination to undertake the process involved, and constant vigilance or focus on each step in the process. The spiritual inner journey is also one of these types of endeavours, where success or failure can often be linked to the effectiveness of one’s focus. Therefore, shining a light on the importance of focus in the spiritual journey, is a useful way to evaluate one’s progress during the voyage.

The spiritual journey by definition is an inner voyage towards one’s soul and is a passage that involves traversing all the layers of one’s consciousness in order to reach one’s essence, or soul. This process often involves the practice of regular meditation. Even though there are numerous types of mediation that are used in different paths, one thing they all have in common is the importance they place on singular focus.

There are many levels of singular focus in one’s overall journey, ranging from singular focus on the instructions one receives along the way from one’s guide, to the focus on the goal itself. The following old Sufi story shines a light on some of these levels:

Long ago there lived a King who was devoted to his servant, Ayaz, due to his loyalty. Ayaz for his part was also firmly dedicated to his king. This mutual commitment was the cause of much jealousy in the royal court, as the King’s attendants were always vying for his attention and favour. This jealousy had reached such a level that one day one of the king’s ministers, who could no longer silence his contempt for Ayaz, loudly objected to the favour the king always showed to Ayaz, by vehemently stating, “Your Majesty, for the life of me, I can’t understand why you show such favour to Ayaz, who is after all a lowly born servant? While the rest of us are learned, wise, and can also be trusted to do your bidding.”

In response the King replied, “I show favour to Ayaz, because he is loyal, and I can trust him to do exactly as I command!”

The minister replied, “But your Majesty, all of us in court are at your beck and call and can equally be trusted to do your bidding.”

The King sighed, “If this is so, then let me put this loyalty to the test.” The King then asked one of his attendants to pull out the large diamond encrusted in his crown, and then fetch a large hammer. He then gave the diamond and the hammer to the minister and bellowed, “I want you with all of your strength, to strike this diamond with the hammer, so that it shatters into a hundred pieces!”

The minister, who was confused by the King’s remarks, took one look at the large diamond, and said, “But your Majesty, this diamond is worth the annual revenue of the largest province of your kingdom, surely it would be foolish to destroy such a treasure?”

In response the King replied, “I see, so you see great value in this diamond.”

“Yes, your majesty, indeed I do, just like any sensible person at court.” Answered the minister.

The King, on hearing his minister’s comments called Ayaz, and asked him to smash the diamond with the hammer. Ayaz promptly picked up the hammer, and to everyone’s horror smashed the diamond into a hundred pieces.”

The King, then on seeing the diamond smashed, uttered, “This is why I value Ayaz above all of you, as he values my command above all else.”

The horrified minister replied, “But your Majesty, Ayaz only destroyed the diamond because he is a fool and does not know the diamond’s true value.”

The King retorted, “He might not know the monetary value of the diamond, but he knows the value of my command, and his devotion to me is based on the love he has for me, and not for my possessions, nor for what favours I show him! Unlike those, like you, who are jealous of his devotion to me. You might all be my advisors, and I might use your advice in order to come up with the most appropriate course of action. But when I have found that act, what I want most for you is to obey my command. That is why I have decided to elevate Ayaz to the chief ministerial position!”

There are many symbolic teachings in this story, some of which relate to the nature of focus.  The King in the story symbolises the guide or the soul of a seeker, while the minister symbolizes a seeker’s ego, which is purely focused on the materialistic desires, and often overrides the soul’s concerns, and hence stops the development of the soul’s potentials. The gem is the symbol for the worldly desires, which must be reined-in, in order for the soul to evolve. As attention away from form is needed in order for the seeker to be able to evolve their soul, for as Rumi says:

If you go (turn your attention) to the form, by external appearance a mountain is a hundred times as much as a ruby in bigness.

The servant Ayaz is the symbol for the focus or awareness of the seeker, in their inner journey. It is by harnessing this focus on the development of the soul at the expense of egoistic desires that the soul is able to reign over its metaphysical and physical domain. This is why the king in the story elevates Ayaz to the chief advisory role.

In meditation techniques employed in various spiritual paths, focus is key. A focus that is freed from all distractions, like unruly thoughts. In the techniques employed by Sufi masters like Rumi, rhythms are a key component of their meditation exercise, as rhythms create ever deeper levels of emptiness within the seeker, and thus free the awareness of the seeker from thoughts. Consequently, allowing the awareness of the seeker to be focused on the heart of the seeker, which according to masters like Rumi, is the gateway between the physical and metaphysical aspects of each person.  In regard to the power of rhythms over thoughts, Rumi says:

From within them musicians strike the tambourine; at their ecstasy the seas burst into foam.

Therefore, by use of rhythms, a seeker can begin to focus on their heartbeat and breath, as a result of the inner ecstasy created by the rhythms, and slowly in a stepwise manner traverse the different layers of their consciousness and reach their essence.

The success of the seeker in this process is dependent upon the guidance they receive from their guide, their own perseverance, and their focus on the goal, along each step in the journey. The more the seeker is able to avoid distractions and obstacles along the way, the more focus they are able to place on their discipline, and thus the quicker they are able to traverse each step. Yet, the journey is not always an easy one, as the seeker often must walk along paved, and unpaved roads, and not be distracted by the terrain, nor by any spectacles they experience. All of which is not always easy, no matter the person’s determination or goal. As the path can only be traversed through the guidance of an experienced guide, and by the seeker keeping their focus on the guidance, their goal, and the avoidance of all forms of diversions.

This principle is outlined by the following story:

The man sighs, “No your highness, you are the most beautiful person I have ever seen, and I can’t keep my eyes off you, as I am mesmerised by your beauty, and I am totally in love with you!”

The princess shakes her head, and retorts, “Surely not, as my sister is both younger, and more beautiful than me. Here, see for yourself!” The princess then calls over a young girl from her entourage.

The man in response turns his head to take a good look at the young girl, as she walks towards the princess.

The princess on seeing the man looking at the approaching girl, frowns and scoffs, “If you truly loved me, and valued my beauty, as you say you do, you would not have turned your gaze away from me. Your change in focus shows your true intentions and betrays your so-called love for me!”

Once again there are many symbolic takeaways from the above story, but perhaps the most important one relates to how our focus, not only on occasions betrays our aim, but actively prevents us achieving our goals. In regard to meditation and the spiritual journey, it’s our scattered focus that is one of the main reasons seekers fail to achieve their objectives. As our brains are always preoccupied with numerous activities at the same time, activities like memorial functions, sensorial inputs and analysis, and imagination, just to name a few. This issue is highlighted by Rumi when he says:

When heedlessness overtook the concentration (attention) of the listener, the water carried the millstones away.

Given all this, all seekers should try to learn from the experiences of masters like Rumi in regards to focus, for he advises that the means of harnessing our focus is through quieting our thoughts, so that we can reach our spiritual goals. As when seekers can truly harness the power behind singular focus, they can unify the immense power of their souls and their living force, in the pursuit of the evolution of their body, mind and soul. Which, Rumi describes as unleashing the Light of God, for he says:

The Light of God in relation to phenomena is as a light shining upon a wall—the wall is a link (focus) for these splendours.

Consequently, the ability to retain one’s focus and the depth of focus are important yardsticks for measuring the effectiveness of any meditation technique, as well as adherence to the guidance of one’s spiritual guide along one’s journey. 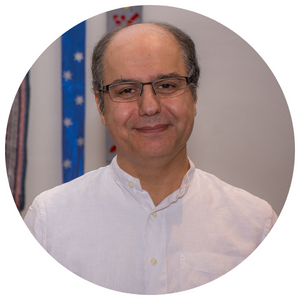 About the Author:
Mehrdad Noorani teaches the method of Heart Meditation and the Alchemy of Inner Silence. He has explored many spiritual  paths and studied Gnosticism for 20+ years under the guidance of renowned Spiritual Master Dr Seyed M. Azmayesh. He is interested in bridging science and spirituality, and creating a link between the East and the West.