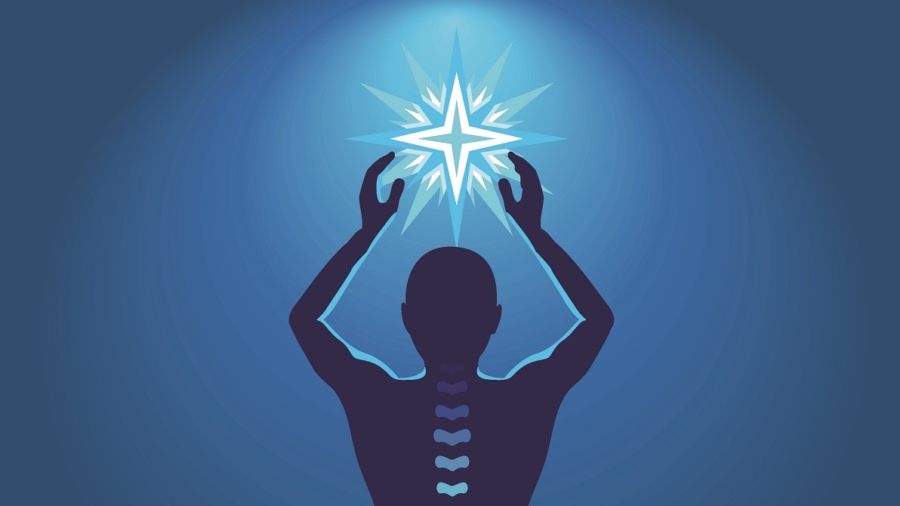 “As the bonfire of enlightenment grows brighter, the surface of our ignorance becomes more illuminated.”

Richard Gordon maps out new territory in the rarely explored intersection of science and spirituality in this fascinating investigation of the profound relationship between matter and consciousness. Building on the Quantum-Touch technique he developed in previous books, Gordon explains how the hands-on energy healing technique that he uses to help to alleviate nerve pain, headaches, back pain, hip pain, TMJ, and more provides a unique window onto the secret nature of matter.

He explains how, by examining pelvic and occipital torsion, and then aligning people without the use of touch or suggestion, he is able to run a wide range of simple experiments that challenge many dogmas of science. This book teaches readers the technique along with 57 easy-to-reproduce experiments that allow them to test the results. These experiments clearly demonstrate that our consciousness can profoundly influence matter, and that an object charged with energy and intent can dramatically affect us physiologically in seconds.

Is there a simple, empirical, and repeatable way to explore the nature of consciousness? For the vast majority of scientists, the answer is an emphatic NO! The consensus view is strictly materialistic, and assumes that everything will eventually be understood through math, physics, and logic. This overarching assumption usually precludes further exploration, since there is no point looking for something that doesn’t exist.

My background: I’m an author/educator in the field of energy medicine. Nonetheless, a series of remarkable events and discoveries over four decades has progressively revealed a shockingly simple, robust, and easily testable way to explore the connection of consciousness and matter.

I learned to evaluate posture in 1975, and a form of energy healing which became the subject of my first book.

In 1978 I met Robert Rasmusson who demonstrated among other things the ability to cause Spontaneous Postural Alignment (SPA) with only a light touch while a person is standing. (Most people have twisted hips, aka, pelvic torsion. A novice can detect this on severe cases with just a few seconds of training. I had long considered this alignment to be physiologically and psychologically impossible since we have no ability to do this).
In the years to follow, I taught thousands of people to bring down pain, accelerate healing, and cause SPA. In 2011, I was gobsmacked to discover that I could cause SPA without the need of touch.

2013: One of my students informed me that if we could align the sphenoid bone with my non-touch technique, the front and back of the hips along with the occiput would spontaneously align and stay aligned. (Up to this point, alignments would only last a few days). This turned out to be true, and now alignments last many years and take only seconds. I’ve tested this many thousands of times, and have taught thousands of people to use this undocumented ability.

In 2016 over a cup of coffee, I wondered if putting the same energy/intention that causes SPA into a common object, (in this case a golf tee), whether it would have any effect. It worked! Handing a person the golf tee caused immediate SPA.

I immediately started running a series of experiments to discover the parameters of this. Over the 54 experiments, I discovered the following:

Some of the implications of this are that:

Paradigms change slowly, and few professors appear willing to risk their tenure and repeat my experiments or publish their findings. That said, I’m sure that any decade now, the dominant worldview can change overnight.

Richard Gordon has over 40 years of experience in the field of holistic health, and is considered a visionary and pioneer of energy healing. His books include Quantum-Touch: The Power to Heal, Quantum-Touch 2.0: The New Human, and Your Healing Hands: The Polarity Experience.