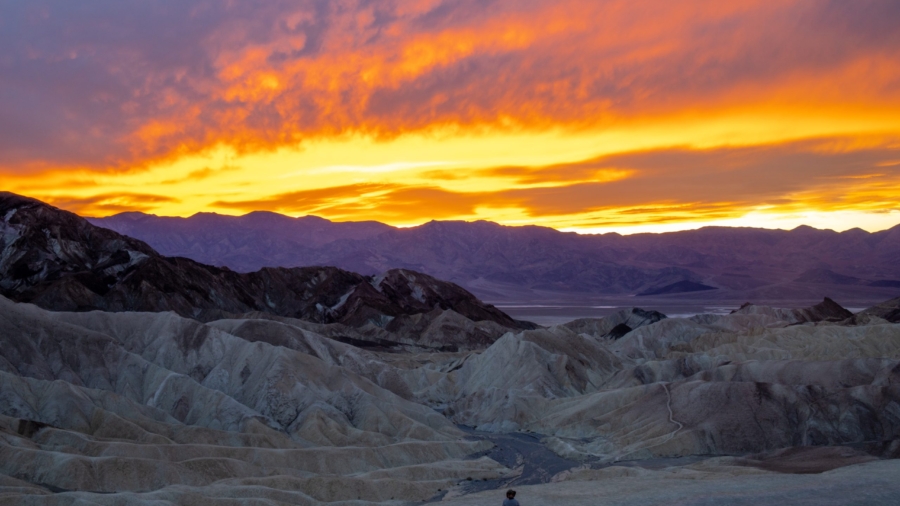 When a person’s body dies, what actually dies is the self: the sense of a detached perceiver, perceiving.  When there is no longer a sense of a separated perceiver perceiving, when everything is impacting upon our awareness with equal vividness, what is left is a feeling of oneness, a background of peacefulness, which is what magicians call higher self, or death.  Death is in the background all the time.  Death is the canvas upon which our lives are painted.

Another way of saying this is:  the sense we have that we are perceiving; that there is some detached perceiver there perceiving; that there is some ‘us’ there to which things are happening; is our death. Without that sense of a detached perceiver there, we wouldn’t be able to focus on anything.  Everything that we see, hear, touch, etc. at every moment – not to mention bleed-throughs from other lifetimes and probable realities – would bombard our senses with equal impact.  We would be overwhelmed with information; indeed, we would have no sense that ‘we’ exist at all (just as an infant doesn’t) – we would be pure perception.  To use mind – to be able to focus on one thing at a time by separating it out from its background – is to create a perceiver which is perceiving; and that’s what we call death.

When we say that death is watching, what we’re saying is that the act of watching is what we mean by death.  Anything that watches will die.  This is because watching – separateness – is a lie which eventually must run out.  Separateness is a lie which all sentient beings tell themselves.  That lie is what embeds them in linear time.   If a vortex in a river were to suddenly start saying to itself something like ‘I’m a vortex! I’m a vortex! I’m a unique, individual, separated vortex!’ then that vortex would be lying to itself – it’s not a unique, individual, separated anything. But by telling itself that lie, it embeds itself in a linear temporality in which it watches this, and then it watches that, and then it watches the other thing; until the vortex runs out of energy and dissolves back into the river and stops lying to itself about having been separated in the first place – i.e., it dies.  But it was “dead” all along. Watching = separateness = death; they are just different ways of talking about the same phenomenon.

Our sense of personal continuity in the dream state is not based upon a linear, sequential, unfolding of events, as it is in the waking state, but rather is based upon an awareness of self as experiencer (i.e. one’s death). That vibrant, alive quality that dreams have is actually awareness of death. In dreams we are aware of death every second, willy-nilly, because there’s nothing solid in dreams to cling to:  there’s no way of toning down the intensity of what we are experiencing by focusing our attention elsewhere (on our thoughts).  We’re face-to-face with death every second in dreams.  That’s why we feel more alive in dreams than we do in wakefulness – because we are seeing with the eyes of death; we are one with death when we are dreaming, which is why we can’t die in dreams – we’re already dead. In wakefulness we make a separation between ourselves and our deaths – an absurd pretence, but a useful one for certain purposes (such as being able to focus attention enough to e.g. balance a checkbook) – and that’s why wakefulness is duller, less vivid, less joyous than dreaming.

Here’s the answer to the mystery:  what we consider to be “ourselves” is just a given thought form at a given moment.  Our lifetimes are like a collection of scenes or tableaux strung together by mind into a lattice of threaded beads.  All of the beads (or life events) which directly connect to a given bead are probable realities.  From that bead, the mind can take any number of directions to another bead.  The black threads connecting the beads are death – we literally die from moment-to-moment.  We always have to pass through death to move to the next bead (the next scene; the next moment); and if we take a turn which leads to a long run of black thread till the next bead, that’s “real” death and the next bead is birth in another lifetime.

Another way of saying this is, we have ourselves separated into a bunch of little pieces, each of which feels isolated and disconnected from (more important than) the rest.  However, within each little piece we have tremendous focus and stick-to-itiveness (‘fear of death’) – a willingness to keep up the struggle to stay awake and separated no matter how much of a bummer it is.

The ‘you’ who is reading this sentence is actually a very different being than the ‘you’ who read the previous sentence, and this is not meant in a trivial sense (that a few cells have split in the interim) – it is meant in the deepest sense possible. The belief that you are the same person from moment to moment is an illusion, a lie.  To maintain this illusion you must snatch yourself back from death every instant, be on the qui vive every second.  It is precisely this clenching up against death which creates and sustains waking consciousness (gives us the focus and control we lack in dreaming, e.g. the ability to balance a checkbook).  This is why we are so uptight when awake compared to how open and vulnerable we are in dreaming. To maintain waking consciousness requires incredible fortitude and self-discipline (not to mention completely lying to ourselves every second that we are awake).

In actual fact, we are nothing more than our death.  Our death is the complete written record of our life. It is all contained in our death.  Our death can be likened to a microdot which contains our entire life in one little point.  We are like the little point which moves on an Etch-a-Sketch board or computer drawing program, blazing out a path through life (making a squiggle on a previously blank screen) and leaving a trail behind it. The entirety of our being is like that blank screen, and the squiggly path is this particular lifetime.  It has a beginning and an end, and is delimited. That delimitation is death.

Death projects a body thought form to symbolize this sense of discreteness, solidity, stability, and boundedness – just as we project a body thought form when we are dreaming, to symbolize ‘us’. What we consider our unity – our individuality, our continuity, our  ‘us-ness’ – is actually our death. When we cling to our sanity, our sense of being centred in a stable environment where things are more or less predictable, what we are clinging to is our death.  Wakefulness could not exist without it.

Death is neither malevolent or benevolent – it just is, like the force of gravity.  Gravity can both hurt us and help us, depending upon how we use it (or let ourselves be used by it).  So too with death.  Death actually calls all the shots and we have to dance to its tune, really; but we can do that either elegantly or spasmodically.  Master magicians waltz with their death; caress it fondly; and then seduce it.

Importance – that is to say, focus:  our ability to focus attention – is the means by which we consolidate death, or grab onto it (though what we believe we’re doing is pushing it away).  Importance is the illusion that we are controlling our death, when actually the reverse is the case.  It’s like hanging on for dear life to a runaway stallion and all the while trying to pretend that everything’s just fine and dandy.  The runaway stallion we cling to is death, and the pretense that we are in any way, shape, or form in charge of the situation is important.  It’s what keeps us from enjoying the scenery as we gallop along.

Without our fear of death thought form we would be more aware of our past and probable lives (at least the feeling of them, if not the actual thought forms) as well as of the feelings of other people.  We’d be able to feel them as our own feelings, as infants do.  And thus we’d lose much of our sense of separateness. That’s how lunatics and magicians live:  they still have individual lives, things happen to them, but there’s less of a difference between something happening to them or to someone else.  Something which happens to them is no more important than something which happens to someone else. Their feelings are no more important to them than someone else’s feelings.

Death is the blank screen upon which all of our lifetimes are painted. Those lives don’t exist; they’re just momentary plays of light and shadow.  However, to us they seem utterly fascinating and absorbing. To get to who we really are we would have to pull all of that obsession (energy pinned down by importance) out of all of those lives.  As we do this, we find less and less of what we now consider to be ‘ourselves’.  We find the barriers which separate us from other people and the world around us becoming less and less distinct.  It becomes harder for us to feel where we end and the next guy begins.

Death is just a way we keep score, keep count, keep track of things:  it’s how we separate this moment from that one, and this lifetime from that lifetime, and me from you.  Without death the whole thing would just be one big stew.  Death is what props ‘us’ up – if it were not for death we would not have any sense of there being an ‘us’ there at all.   After all, what are ‘we’ anyway?  The sum total of all our experiences (memories) and expectations (desires). Right?  What else is there?  Nothing, right?

We, of ourselves, are absolutely nothing.  Zero.  All we are is something that is going to die.  That’s the only reason we have life at all, is to die.  We are something that death conjured up, as an afterthought, to give itself a raison d’etre.  And then, once it created us, we took off like a lumbering Frankenstein monster, and death tagged along to watch what we did.

All death is doing is watching us.  It doesn’t approve or disapprove of what it sees; it isn’t conscience or shame; it just watches dispassionately.  And what we are is death watching itself.  It has nothing to do with us whatsoever.  We are just a reflection in death’s mirror – a symbol for death.  We have no primary awareness:  just as the moon only reflects light, we only reflect (are a symbol of) death’s awareness of itself.  We only exist as death is watching itself through the metaphor of our lives.

And that’s why we say that death is mind:  because that sense that we have that we are being watched is our death watching us.  Without our death there watching us, we are nothing – nothing but a little point on a random walk through an infinite jungle in which nothing makes any sense whatsoever – there is no rhyme nor reason to anything (no mind).  Mind (order) can only exist when there is something there watching the path that this random blip on the screen is taking.  And that’s what we call death. 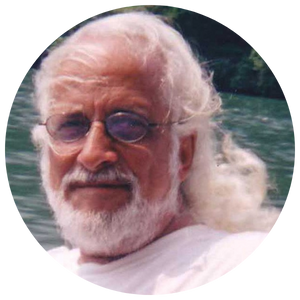 Bob Makransky is a systems analyst, software designer, and professional astrologer.  For the past 46 years he has lived on a farm in highland Guatemala where he studied Mayan shamanism and astrology with his teacher don Abel Yat, until don Abel’s death in 2009.  His horoscope readings are available from: magicalalmanac@yahoo.com.