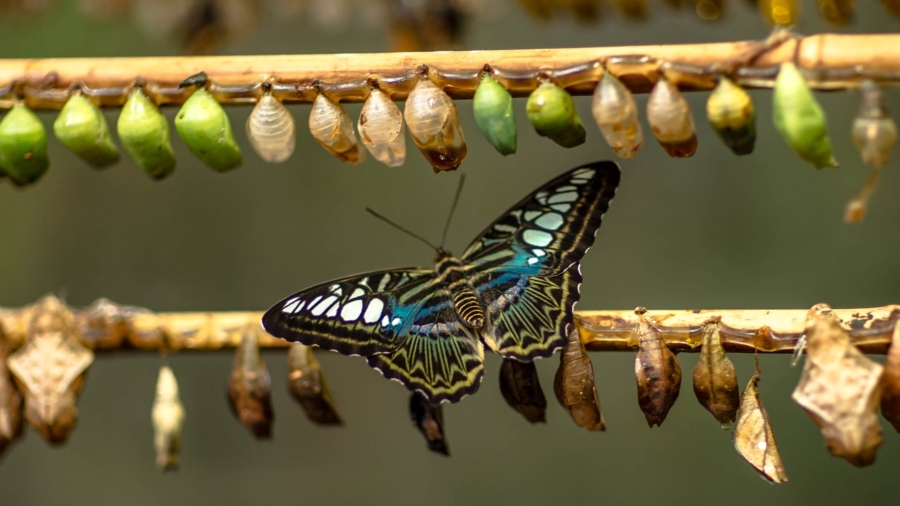 Despite the obvious reality, of the facts, it seems as if humans have a massive problem with change, transformation and evolution, when it comes to individual consciousness. For at least an aeon the process of spiritual transformation, initiation and heightening of consciousness has been reserved for the few out of the many. Only those whose spiritual sense has been within them and growing with every incarnation or lifetime and the selfish ones that hoarded divine wisdom for their own power, have understood the importance of spiritual, moral and ethical progress. The former working towards those ideals and the latter working to distract the masses from understanding the power within their own souls.

Personal transformation is important. It helps set the groundwork for who you are as a person and who we are going to become. Everybody goes through childhood to adulthood to old age but some people can be 80 and have the heart of an 18-year-old; and you have 18-year-olds who have the heart of an 80-year-old. A younger person, who has put effort into their own personal and spiritual development, is likely to be more advanced than an older person that has gone through life living on the surface of true reality.

Transformation, the ability to develop one’s heart, mind and soul is what it means to be a true human being; it is what separates us from the animals, from those of the other kingdoms. The fact that we can transform ourselves into something greater, something more, and enhance our consciousness is beautiful, is an incredibly beautiful thing to be able to do. In my life, transformation was the only option, after going through a series of traumas in my younger years. If I didn’t make the choice to change my thought process and behaviours, I would still be crippled by depression and anxiety.

My personal journey started at 17 when I began to question the false reality presented by the so-called elite. The reason why I started writing poetry was to be able to express the feelings that came up during the healing process. Before every transformation there is a period of anxiety, trepidation, drama, or just simply feeling lost suddenly, like there is something missing. There’s usually something happening in your life that isn’t great or is negative, where you are suffering, that you need to overcome – and that need to overcome becomes so great that you have to change, because you cannot stay in that situation any longer.

Transformation will be the key to humanity’s evolution. Humanity’s transformation needs to be an evolution of the mind, heart, and soul. For humanity, spiritual transformation is so important, especially as we start to shift into a new aeon, the age of Aquarius.

I feel that everyone on Earth is going through a traumatic event: the pandemic. Whether you believe it is a pandemic or a scamdemic, doesn’t matter. This has affected many of us deeper than we realise, as the “normalcy bias” we have towards life made many of us very unprepared for isolation. Many people who hated to be alone were suddenly faced with being alone with their own thoughts. For some, this was the first time they have had to acknowledge that something was amiss with the world.

Through all the darkness we have experienced and are currently experiencing perhaps the stage is set for a collective transformation. To take us to that next level and beyond. Before we can transform, we need all our illusions destroyed. If the entire planet is going through a collective dark night of the soul, then the time might just be ripe for the evolution in consciousness, the shift of the ages, from the Iron age back to the Golden Age. My book is broken down into 4 chapters, starting with the Iron Age (our current age) or Kali Yuga, an age filled with darkness, anxieties, and untruths. I opened the book with the Iron age, as this is the age we all have been experiencing. I hope to help inspire anyone that reads to go for the gold, as your soul is already golden and will always be golden.

My book Illuminated Rhymes, A Poetic Journey of Spiritual Transformation, is all about how I went through the process of mental, spiritual transformation. I never sat down to write my poems or verses, they were automatically downloaded to me over the span of 9 years, often only taking minutes to write. They are not just poems, some are prophecies that I wrote years ago and now many of those situations I spoke of are a reality. I decided to release the book early January 2021 because I wanted to help inspire others to change, adapt, evolve, or transform into the highest version of themselves.

My wisdom is told through personal experiences, wordplay, and humour; it tells a story of a hero’s journey. Everyone on this earth has the choice to become the hero of their own journey. I hope this book can inspire people to follow their own path back towards the light and become illuminated in their hearts and minds. 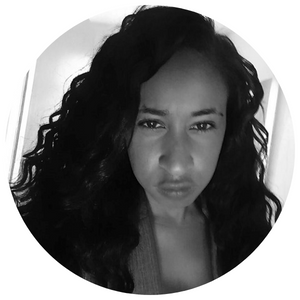 BIANCA-JADE BROWN was born in East-London during the hot summer of 1988 and moved to Coventry at the age of 4. She was brought up by her entrepreneurial and determined single mother, with the support of her grandparents. Even from a young age Bianca had a big imagination and was an avid reader from the age of 6. Whether it was creating cartoon storyboards, coming up with an invention for a flying chair aged 7 or outpacing the boys on the football pitch, Bianca’s ability to think creatively endowed her with many talents.

Bianca had a happy but at times traumatic childhood growing up in a rundown Inner-City borough. During her teenage years she became involved in crime, violence, and gangs. Bianca has since dedicated her career to coaching, mentoring, and educating people of all ages and supporting them achieve their goals. She is also an autodidact and polymath and enjoys and excels at a range of activities and subjects, such as: Arithmetic, Music, Geometry, Astronomy, Science, Electrical Physics, Art, Esoteric Philosophy, and all things Metaphysical.

One of the paths she took to help heal from past trauma and for an outlet for her anger and frustration was to write poetry. At aged 17 Bianca started to explore her spiritual side and searched for a deeper meaning and understanding to the purpose of life. In 2012 Bianca started her first entrepreneurial venture, a Clothing Brand based on Ancient Egyptian theory called Ankh Apparel. It was during this time that Bianca “opened her 3rd eye or 6th chakra” through deep meditation. After experiencing out-of-body experiences, and from then on constantly seeing holographic, rotating geometries in the air, Bianca started to write verses, which she describes as being “automatically downloaded” to her mind.

Over the course of 9 years, Bianca wrote verses – many of them in under 5 minutes and some in less than 2 minutes. Many of the words written have an air of prophecy about them. Although her Book of Rhymes was never initially meant for public consumption, it was born from needing an outlet for self-expression, healing, and self-motivation.  Now Bianca has shared her thoughts and experiences in her book Illuminated Rhymes, to show that, anyone one of us, no matter the background, can awaken and tap into your gifts. 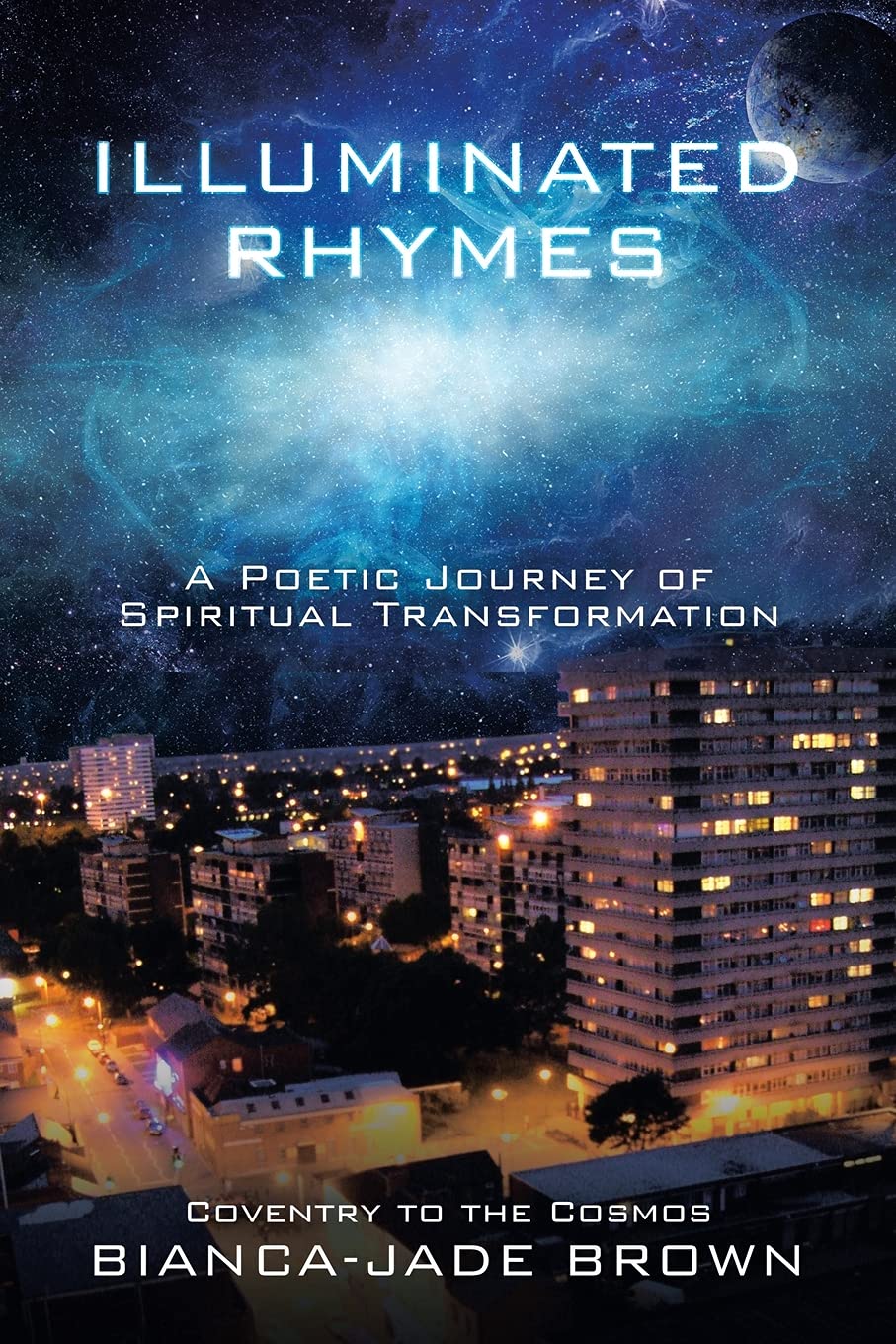