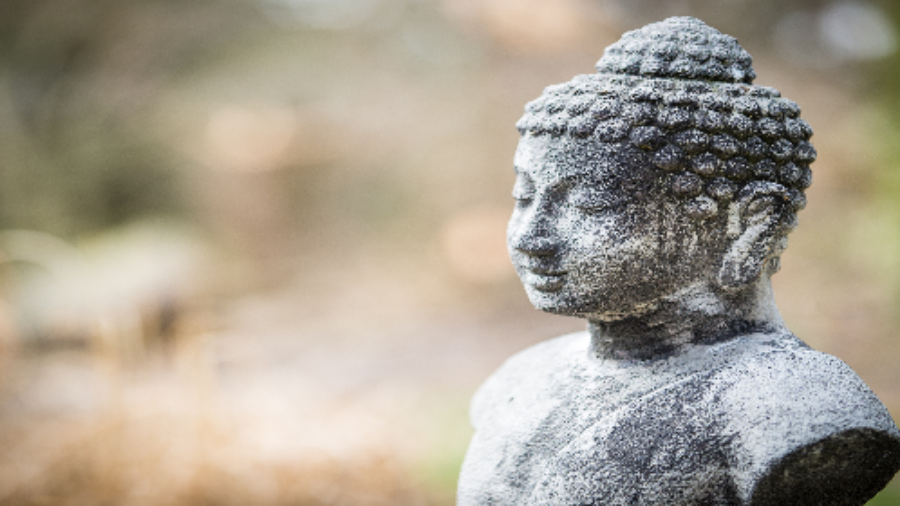 Zen is probably the most well-known yet misunderstood version of Buddhism in the West. Everyone thinks they know what “Zen” means – some sort of blank state of being where whatever is happening is fine. Or perhaps the word Zen seems to mean the core meaning of any activity – the Zen of Gardening, the Zen of Auto Repair, the Zen of Driving etc. Yet, as any student of Buddhism can tell you, this is not true Zen. True Zen is so much more than this.

For many people the most attractive elements of Zen practice are the non-reliance on scripture, the use of humor and paradox in teaching, the “being in the present moment” attitude, the earthy simplicity of mindful practice in daily life, and the simple yet profound practice of “just sitting.”

I first discovered Zen in the 60’s through the novels of Jack Kerouac (Dharma Bums, Desolation Angel) and the poetry of Gary Snyder. Later on I found the wonderful Zen stories of Paul Reps and the deeply insightful teachings of Alan Watts and D.T. Suzuki. It was a real eye opener for a young lad from working class New England.

Zen Buddhism, with its emphasis on inner knowledge and enlightenment and a deep understanding of the world “as it is” made a big impression on me. I began meditating and learning as much as I could about Eastern thought, including yoga. I had been taking psychedelics at the time, which really helped bring me out of my personal shell and gave me glimpses of what lay “beyond the veil.” But I quickly realized that I was not going to learn deep spiritual truths from the mescaline and LSD I was taking at the time and so I swore off all psychedelics in 1969 at the tender age of 19. The drugs got to me to the door but I could see that it was up to me to go through the door on my own steam.

Since then I have studied both Zen and Taoism quite extensively and when I got the opportunity to put together a collection of Zen teachings stories for Watkins I jumped at the chance. These stories of “sudden realization” are not only entertaining but all have a basic teaching of how to live in the world without becoming entangled with it, how to experience ourselves as multidimensional beings (small mind vs big mind), how to gain wisdom from the simplest teachings and how to quiet the monkey mind and enter into what in Zen is called Buddha Mind.

Zen teaches that everything we see and feel and experience is but our own mind, yet that mind is none other than the mind of the Buddha. This is the way it has been since the beginning of time. Aside from our own mind there is nothing else that is not Buddha.

There is nothing to do, nowhere to go, nothing to be understood or learned or embraced or denied that is not Buddha, our own simple enlightened self. But this clear, wise being is buried upon layer and layer of acculturated obscuration. When we are born we are clear and unafraid. As we grow we become less sure of our innocence. We become buried under these layers of duality and opinions and thinking we know who we are when we have no idea who we really are.

The path of Zen can be really ascetic and even harsh (at least in its Japanese version). It forces us to look at ourselves in the bright light of reality. In Zen practice we cannot coast on our past accomplishments or on the accomplishments of our teachers. We have to do our own work, gather whatever wisdom we can find from somewhere deep inside us. But the rewards are great: peace of mind, inner stillness, deep inner strength, a knowledge of just who we really are, beyond and behind whatever we have been taught we are.

The old Zen teachers in China and Japan were fierce and fearless and were gifted in passing down those qualities to their students. The stories in my collection are still as applicable today as they were hundreds of years ago. My hope is that my book will educate people a little bit in what true Zen is and isn’t. I feel it as a sacred trust and as an opportunity to, as is said in this tradition, “lock eyebrows with the ancient masters.”

Meet The Author: Solala Towler has been editor of The Empty Vessel: The Journal of Taoist Philosophy and Practice since 1993. He is a founder and past president of The National Qigong Association and teaches workshops and seminars all over the country. He has had 14 books published on the Taoist Arts, including Tales from the Tao, The Inner Chapters of Chuang Tzu, and Practicing the Tao Te Ching. Solala leads tours to China to study qigong and meditation in the sacred Taoist mountains.