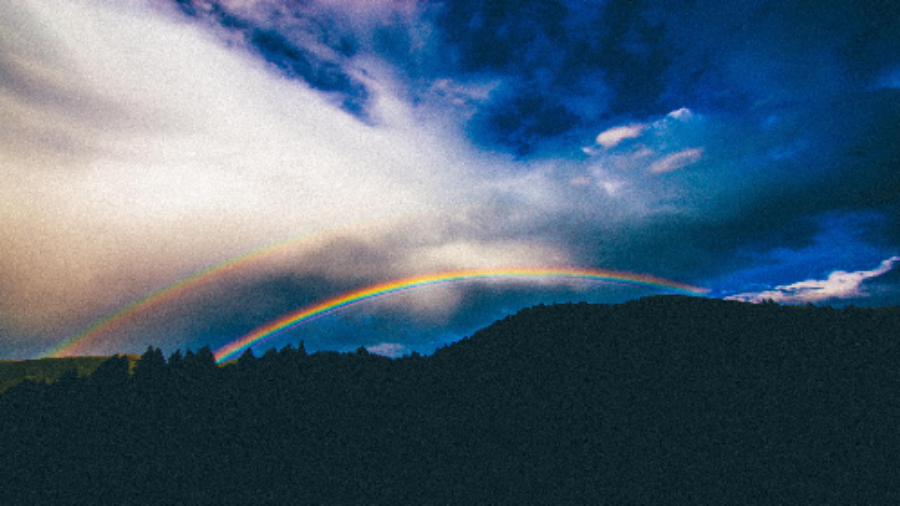 There was a villager elder who saw a young boy, Cho, demonstrate superior skill at horseback riding. He was better at riding than any other person in the village. The villagers said, “How great!” … but the villagers’ great sage replied, “We’ll see.”

Several years later, Cho fell from a horse and broke his legs so badly that he would never walk or ride a horse again. The villagers moaned, “How terrible.” The sage replied, “We’ll see.”

Shortly thereafter, a war broke out near the village. All boys immediately went to battle, hoping to be heroes, except Cho, who was disabled. The villagers said, “How sad that Cho cannot be a hero too.” The wise sage said, “We’ll see.”

Alas, all the young men were killed. The villagers said, “How lucky Cho is.” The sage said, “We’ll see.” And “on and on” the story went.

The theme of this story applies itself over and over again in our lives. For example, at its inception, religions were tremendous tools to enable people to improve their lives. Christians learn about grace; Buddhists demonstrate balance; and St. Germain teaches transformation. Religions gave people tools to raise their consciousness. “How wonderful!” …Yet … “We’ll see,” commented the sage.

Overtime religious teachings became inflexible dogma; they were even used to persecute and kill others that did not share the same beliefs. “How terrible,” cried many people. “We’ll see,” said the sage. Yet, during these atrocities, people developed compassion and the strength to stand up for each other.

In another example, science was birthed and many great understandings were explained. Our lives were improved in so many wonderful ways. For example, the life expectancy of humans was extended. Because of this gift, many live longer. “How wonderful,” said people. The sage said, “We’ll see.”

People so believed in the science that they dropped many practices that were employed over thousands of years, such as prayer, meditation, singing for healing, purifying one’s thoughts and emotions, because these methods were “superstitious” and could not be proven by the scientific method. Ironically, science was utilized in way, similar to the way the tools in religion were used. People forgot about subtle energy treatments, acupuncture, herbal healing, tai chi, and so many more. “How sad,” said people who believed in these practices. “We’ll see,” said the sage.

As science continued to grow, greater technical expertise was developed to measure these subtle energy methods. The ancient practices weren’t superstitions after all, but quantum energy techniques. Today, science has advanced enough to measure many subtle energy practices. Now, people can see that science was inappropriately applied. If science can’t measure something – that does not mean it is not true. It means that science cannot measure it – yet. “How great,” said the people. “We’ll see,” said the sage.

There is always a “we’ll see” in a world of duality. There is a positive or negative aspect to everything. Everything – no exemptions. Both positive and negative… and opposite ends of the spectrum are endlessly linked together on this seemingly, endless rollercoaster. How do we get off this eccentric rollercoaster?

Here’s an example found in the natural world that may answer this question: The physical body deals with an ongoing usage of opposite energies. People use their left brain hemisphere for objective, rational, sequential tasks and the right brain hemisphere for global and holistic tasks. One brain hemisphere understands the big picture and the other works with the small detailed picture. Data from one brain hemisphere seems to be on opposite ends of a spectrum. Instead of being on a roller coaster going from one point of view to its polar opposite, we can blend the two viewpoints for a holistic picture. People can engage whole brain thinking, harnessing both polar opposites at one time. In this example, people keep the wonder, belief, mysteries, the “sacred” AND balance this with rational scientific thinking (applying science to only what can measured). Sounds fantastic! “We’ll see,” said the sage.

Meet The Author: Jill Mattson is a prolific Artist, Musician and Author. Jill is widely recognized expert and composer in the field of Sound & Color Healing!   Mattson has been sponsored in art gallery openings all over the country! Her vivid colors and healing nature of her work is unique in the artistic field. She is a color therapist and expert in matching frequencies of colors with emotions and physical issues. She has also produced nine musical CDs with intriguing, magical tracks using ancient & modern techniques, & special healing frequencies to achieve profound benefits. Jill is a four – time author. (Crystal Realms CD – Best Sound Healing CD of 2018, The Lost Waves of Time – Best Book of 2016 and Best Alternative Science book of 2016, Deep Wave Body Healing CD– Best Sound Healing CD of 2016, Contacting Angels & Masters CD – Best CD of 2015 and Deep Wave Beauty CD – Best New Age CD – Silver Award). Jill has participating in many hundreds of teleseminars, radios shows, and magazines! She offers an online Sound (& Color) Healing School. Jill presents new ways of approaching health and everyday issues using the benefits of sound and color! For free music & School of Sound Healing visit her website here.