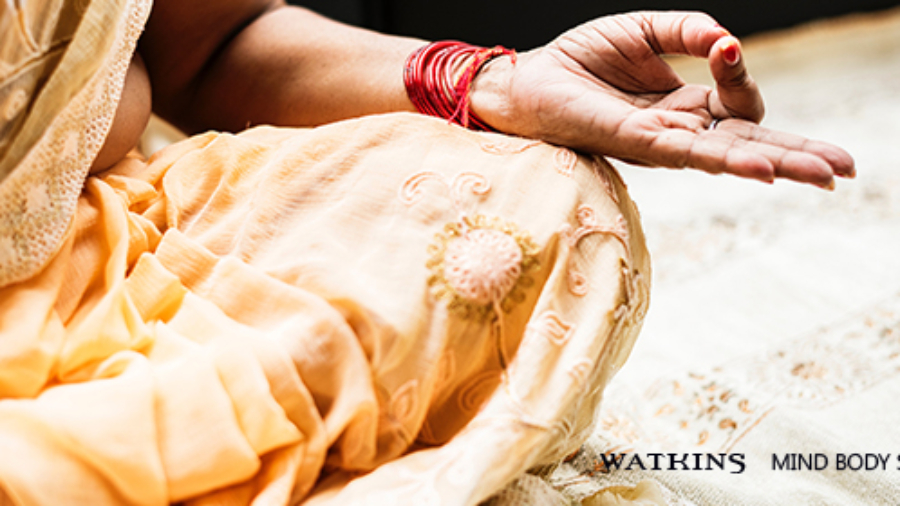 by Watkins Books
with no comment
BookshelfPersonal DevelopmentYoga and Meditation 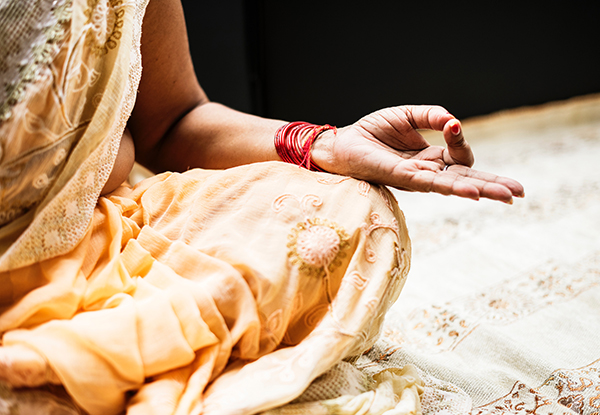 The sacred story of yoga and Ayurveda is a fascinating one that dates back thousands of years and beyond, having evolved from India’s timeless wisdom traditions called the Vedas. After decades of global recognition, yoga has become realigned with ayurveda, the sister science that deals with physical health, lifestyle, diet and an array of therapeutic practices. The highest aim of these sister sciences is the attainment of spiritual liberation and for this reason they have always been considered sacred. Yoga and Ayurveda contend that physical and mental healing are essentially primers to self-realization.

Although the concept of religious or spiritual freedom is mostly absent from western thought, more people are beginning to connect to this idea through healthier personal lifestyle habits. One of the central points I make in my book Sun, Moon and Earth is that lifestyle is becoming the new religion that can carry us into the highest relationship with health, wellness and spirituality. The way we live in this world is a reflection of who we are inside. Ayurveda teaches us how to weave a lifestyle that supports us in a manner that adheres to our mind-body constitution. Yoga allows us to cultivate greater awareness beyond the grips of mental conditioning, teaching us how to observe the world, rather than becoming a product of it.  The great yogic scripture, The Bhagavad Gita states[1] that when you work on yoga consistently, it will work on you; this basically means it will slowly diminish the monkey mind and eventually allow you a glimpse of the cosmic mind of limitless potentials. In short, Ayurveda teaches us how to live in accordance with nature and yoga teaches us how to cultivate the right attitude with nature as Divine; in other words, God has a physical body and that body is what we call “nature”, so when nature speaks to us, it’s a Divine call and we should listen closely.

Interestingly, the ancient sages and seers never took credit for these teachings; in fact, they have always regarded their birth as sacred and born of the cycles of the sun, moon, and earth. The moon revolves around the earth (creating the cycle of a month) and together they travel around the sun (to create the year) and then the sun cycles around another distant mystical star[2] to create what the ancients called the Great Year[3].  These three sacred cycles give rise to the 24-hour period of night and day, and to the 30 or so days of the month, and finally the 365-day yearly cycle of the sun; which is the most sacred, as it influences the rise and fall of consciousness on earth.  As Swami Vivekananda once said, “The powers of the mind are like the rays of the sun; when they are concentrated, they illumine.”

The sun, moon and earth exist in a sacred trine relationship, which produces the experience of time and space. In this regard, yoga and ayurveda are teachings of Divine light (consciousness); they guide us and help us illuminate the dark side of the moon, a metaphor that refers to the search for who we really are, and to understand the purpose of life or dharma. In Vedic thought the sun is the soul, the moon is the mind and the earth is the body built of layers of the five elements. Even the function of the human brain seems like an apparent manifestation of these planetary energies. The reptilian (earth) brain controls the body’s vital functions such as heart rate, breathing, body temperature and balance. The limbic (moon) brain is responsible for our emotions and the neocortex (Sun) is responsible for the development of language, imagination, and expansion of consciousness.

The union of yoga and ayurveda presents a basic ideology in that healing of the body cannot be done separately from the mind. Both are intrinsically connected and each system provides its methodology for bringing them together, a term I coined as mind-body synergy. The practice of yoga and ayurveda as one integral approach to physical health and wellness is designed to avoid the modern societal pitfall of mind-body fragmentation, produced by stress, lack of exercise, poor diet and sleep and many other lifestyle factors. Thus when yoga and ayurveda are practiced in relationship to each other the practitioner is empowered physically, mentally and spiritually. Symbolically, these three planets reflect the trinity of life with the sun linked to the soul as our search for truth, the moon with the mind, which emphasizes cultivating the right attitude or bhavana and the planet earth with the physical body, demonstrates the importance of self-care because the body is a miniature replica of the earth. Self-care is the best healthcare – and how better than with ayurveda? The appropriate viewpoint must be cultivated in caring for the body, not as an object of attachment but as vehicle for transporting consciousness in order to utilize the limitless powers of the mind and will. The type of bhavana (attitude) that we carry is equal to our capacity to commune with the Divine. Such a connection must occur beyond the limited ego or sensory mind through meditation. Additionally, we must learn to make the entire universe our university. Cultivating bhavana involves a blend of the head and heart (positive attitude and feeling) that invites us to witness all living things as Divine.

All of life is sacred and filled with many colorful selections of connections to all aspects of life, from how we connect to different foods, to our relationship with animals, our work and our closest relationships; these are usually with our friends and our family members, with our parents being one of the most important. However the most sacred relationship is the one we share with our true Self, the soul. May we all practice yoga, live ayurveda and let the Divine take care of the rest.

Meet the author: MAS VIDAL is a yogi, mystic and practitioner of Ayurveda. One of the most influential teachers of integral yoga and ayurveda in the world, he offers unique certification and educational programs internationally and maintains an active counseling practice that embraces Vedanta, Ayurveda and Vedic astrology. As director of Dancing Shiva, a non-profit educational organization based in southern California, he promotes health, wellness and societal reform by means of embracing universal spirituality and a natural approach to lifestyle.