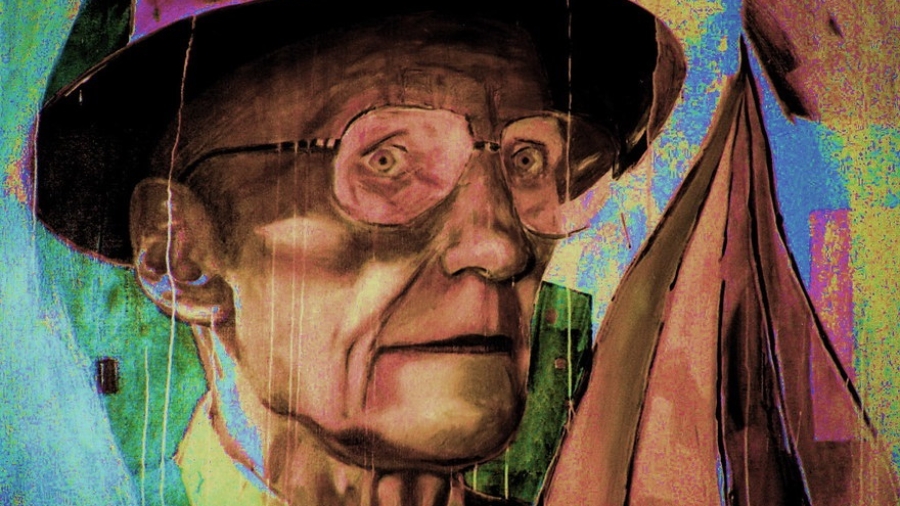 by Leah Russell
with one comment
Magick and occult

In Literary Outlaw: The Life and Times of William S. Burroughs, biographer Ted Morgan wrote that:

Matthew Levi Stevens’ recently updated The Magical Universe of William S. Burroughs is the first ever in-depth consideration of the significance of magic and the Occult in the life and work of Burroughs, American writer and counter-cultural icon. David Conway, speaking in 2014, introduces the book as Watkins Mind Body Spirit shares an excerpt of the book’s introduction.

“In the magical universe there are no coincidences and there are no accidents. Nothing happens unless someone wills it to happen. The dogma of science is that the will cannot possibly affect external forces, and I think that’s just ridiculous. It’s as bad as the church. My viewpoint is the exact contrary of the scientific viewpoint. I believe that if you run into somebody in the street it’s for a reason. Among primitive people they say that if someone was bitten by a snake he was murdered. I believe that.”

Some time in the 1970s, following a reprint of my book, Magic: An Occult Primer, a letter was forwarded to me by my then publisher. Poorly typed and in an envelope which, unless my memory deceives me, bore no postage stamp, it came from William S. Burroughs. I still have it somewhere. In it the writer made plain his interest in magic. In real magic that is, not the smoke and mirrors kind.

Given that Burroughs’ tireless ambition was to encounter a reality beyond that accessible to our five senses, with magic perceived as an effective means to that end, it is remarkable that the subject has hitherto received but scant attention.

This work, by Matthew Levi Stevens, who must have encountered Burroughs at around the time he wrote to me, sets out to make up for that deficit. In it he chronicles the man’s interest and examines the part magic and occultism generally played both in his life and in his work.

Stevens sets about the task with gusto, indicative of his respect and, indeed, affection for ‘Uncle Bill’, as well as his familiarity with the topic itself. He draws on Burroughs’ own writings, and on those of the growing number of people, supporters and critics alike, who have commented on him and his literary output.

It is a job well done. And one is that is all the more welcome because it is long overdue…

What follows is an extract from the Introduction to The Magical Universe of William S. Burroughs.

In talking about The Magical Universe of William S. Burroughs, we are really thinking of two things.

Firstly, and probably most obvious, is the material that appears in the output of Burroughs the Writer that can be seen as describing or referring to some magical, mystical or occult idea – Invocations of Elder Gods of Abominations, descriptions of Sex-Magick rituals, references to amulets, charms, ghosts, omens and spells – all the thematic set-dressing that we all know and love, from Hammer Horror Movies to Weird Tales, from H.P. Lovecraft to Dennis Wheatley and The X-Files…

Secondly, there is the personal interest and involvement of Burroughs the Man with belief systems and practices that come from those strange ‘Other’ territories that lay outside the bounds of either conventional mainstream religion or scientific materialism – explorations of L. Ron Hubbard’s Scientology, Konstanin Raudive’s Electronic Voice Phenomena, Wilhelm Reich’s Orgone Accumulator; also partaking of the Vine-of-the-Soul with Amazonian shamans, attending the Rites of Pan in the Rif Mountains outside Morocco, participating in a Sweat-Lodge with Native American Indian medicine men – and, latterly, an engagement with that most Post-Modern of Occultisms, Chaos Magic.

The material considered has been distilled from archival sources, correspondence, interviews, and of course, published works. As well as his own personal contact with Burroughs and lifelong study of the Man and his Work, the author also draws from a wide range of former associates – collaborators, friends, lovers, and students – including C. J. Bradbury Robinson, Michael Butterworth, David Conway, Phil Hine, Graham Masterton, Malcolm Mc Neill, and others.

As well as his own contact with the likes of Genesis P-Orridge, John Balance and Peter Christopherson of Coil, and writer Terry Wilson back in 1980s London, he has also had unprecedented access to the papers of Cabell McLean, a young writer who was William’s companion, lover & student circa 1976-1983…

Matthew Levi Stevens was born 31st of October 1966, shortly before midnight. He is a writer, researcher and online commentator. Awareness of the Occult and ‘chance encounters’ with certain artist-practitioners determined his path at a young age.

As well as his focus on William S. Burroughs, Matthew has written on Aleister Crowley and Kenneth Grant, appeared in the anthologies Occult Traditions (Numen, 2012) and CUT UP! (Oneiros Books, 2014), and has been a regular contributor to a number of magazines and online forums.