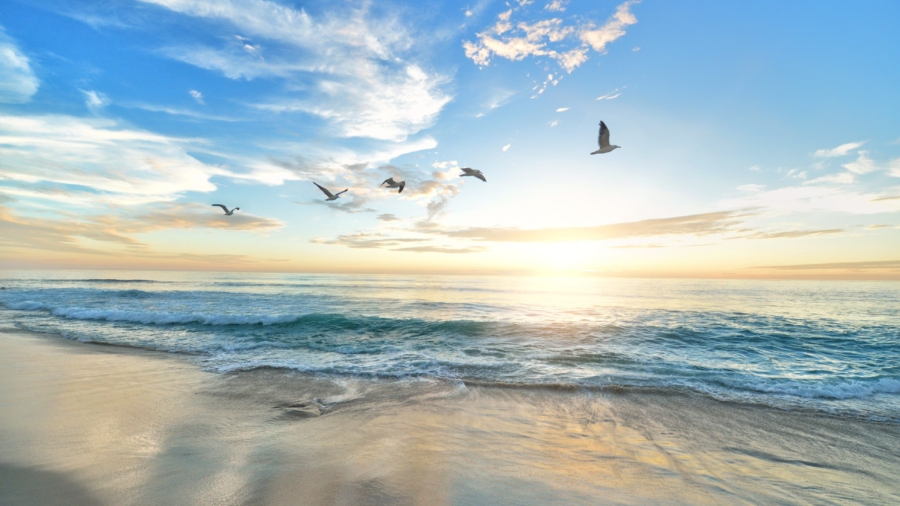 Have you ever really thought about what ‘love’ is? Most people never have. Imagine looking for ‘something’, but you don’t know what. Is it any surprise that few ever find it or manage to hold-on to it when they do?

It was the same for me until, one day, one of the girls in class raised her hand, high into the air, saying “Sir”—with an air of inquisitive innocence—“What is love?”.

I had travelled the world more than ten times as a Radio Officer onboard ship. I had calculated the duration of magnetic cycles of the Sun and discovered the cause of Astrology. I had broken the secret codes of the ancient sun-worshipping civilisations of Egypt, Peru, Mexico, China and Europe and discovered why each, in turn, believed our 28-day spinning Sun was the ‘god of astrology’ and the ‘god of fertility’. They taught me what God is, what the Devil is, what Heaven is, what Hell is, and what Purgatory is. I had discovered the cause of the sunspot cycle, how gravity works, and why all objects fall to Earth at the same speed. I, alone, could explain how electricity, magnetism, and gravity are three sides of the same coin. I had been to university twice; the first time to study Electrical and Communications Engineering and, the second time, Business and Law. I could put together a contract and explain why economies of the world rise and fall. I had known girlfriends of all 12 signs of the Zodiac, and I was married to a wonderful woman.

But I had no answer to her question. I extended the palms of my hands, in a futile attempt to deflect my embarrassment, shrugged my shoulders and replied, apologetically, “Who knows?”.

It was then, at the age of 40, before a class of young students, I realised I could not explain what love is and, so, endeavoured to find out:

But we do not search for any of these. The love we search for is ‘romantic love’—the all consuming ‘hormone induced insanity’ that, like a roller-coaster, feels wonderful on the way-up and gut-wrenching on the way-down.

The brain is a biological computer driven by chemical software called ‘hormones’. Men are ‘driven’ by testosterone and women by oestrogen and progesterone; all of which moisten our mouths. When you put the wrong software into a computer it goes ‘crazy’. When you kiss someone, romantically, they download your software, which sends them crazy, and you download theirs, which sends you crazy; that’s how the hormone induced insanity of romantic love ensnares us. Other times, just a brief whiff of the hormones, oozing from soft warm skin, is all it takes to intoxicate us. To understand the science of love you need to understand who you are, what you are, where you are and why you are filled with desire. Because desire leads to frustration, frustration to anger, anger to delusion and delusion to destruction.

You are not just a physical body: Your brain (the intellectual body) processes thought. Your heart (the emotional body) processes feelings, and your soul (the spiritual body)—comprised of electromagnetic energy (electricity, or light)—energises your mind, your heart, and your body.

These four bodies (figure 1) exist in the world of matter; the ‘physical world of tangible things’ that we can see, hear, touch, taste and smell, and in the world of energy—electromagnetism—in its various manifestations of electricity, magnetism, gravity, radio waves, telepathy, souls, ghosts and Gods.

In 1927, a study of twins, by the psychologist Johannes Lange, proposed that heredity determines personality. But when we re-examine the findings it becomes clear that Lange was the victim of his own research; he failed to notice that the personalities of the brothers and sisters of the twins contradicts his own conclusion. Lange was right—up to a point—but, following conception, our 28-day spinning Sun produces 12 types of genetic mutations and, as a result, 12 types of personality each year; exposing, for the first time, the causal mechanisms of personality determination.

Ancient sun-worshipping civilisations revered the Sun as the ‘god of Astrology’, and the ‘god of fertility’ and in-depth study of their treasures, reveals that their leaders were far more scientifically advanced, and spiritually aware, than we are today. They understood how our 28-day spinning Sun determines personality, and how it regulates the 28-day fertility cycle in females. Remarkably, each used the same enigmatic process to encode their secrets into their treasures—for future generations to discover for ourselves.

But, how could they have all used the same encoding process? And how could they have all encoded the exact same knowledge—given that the Olmecs and Mayas, of Mexico, the Mochica and Inca, of Peru, the Egyptians, the ancient Chinese, and the Celtic Christians were separated by hundreds, or thousands, of miles and lived hundreds, or thousands, of years apart? The only rational explanation must be that the leaders were reincarnations of the same spiritual being. They came to Earth to teach the ‘super-science of the Sun’ and the ‘higher orders of spirituality’ to help us get to Heaven the next time, if we fail to make it this time around.

My book, The Heavenly Matchmaker, explains how the Christian Monk, St. Aidan, ‘miraculously’, compiled the Lindisfarne Gospels, and then reincarnated as Lord Pacal, of the Maya; how both used the same anachronistic numbering system, and how both conveyed the same information as Jesus did, in the Holy Grail and shows, with a forensic examination of the archaeological evidence, that the so-called ‘Arthurian Legend of Excalibur’ is actually based on ‘fact’.

And it shows how the 11.5-year sunspot cycle is responsible for the 12-year Chinese Astrological cycle, and how it triggers puberty 12 years after conception, and the menopause, 36 years later.

The book brings together both Western and Chinese Astrological understanding to provide a complete picture of ‘Behavioural Astrology’, to help you to understand, and cope with, the difficulties of life. It explains ‘how to spot a star-sign’, ‘how to find the perfect partner’, and how to control your destiny.

Maurice Cotterell, B.A. (Hons) MCMI, I.Eng MIET, is an Author, Engineer and Scientist. In 1989, while working at Cranfield University as Head of Electrical and Communications Engineering, he found a way of calculating the duration of magnetic reversals on the Sun. Using this knowledge he was able to break the secret codes of ancient sun-worshipping civilizations and understand how the Sun affects life on Earth. He has written 11 books—including seven international best-sellers and three museum pieces—on ancient sun-worshipping civilizations & science-and-spirituality, and several scientific papers.

The Heavenly Matchmaker: The Secret Science of the Heart, Mind, Body and Soul by Maurice Cotterell, published by Celtic Press, hardback, RRP £40