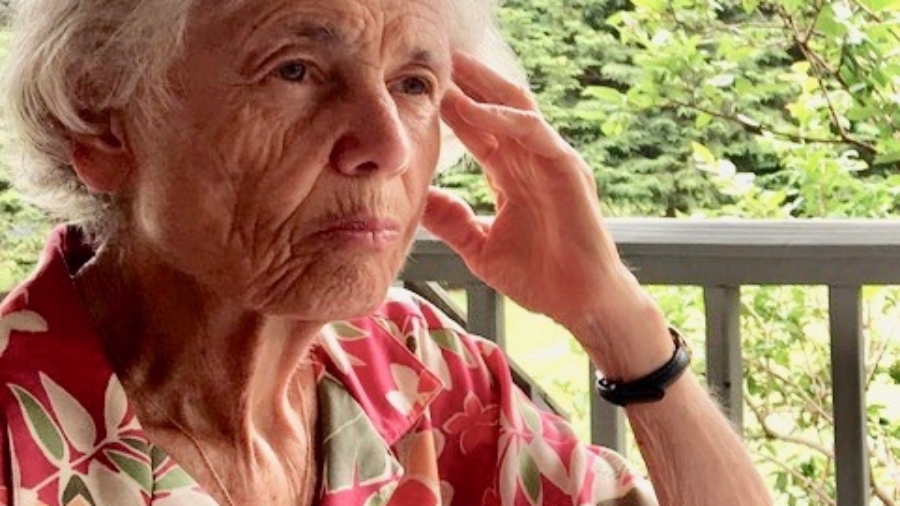 Carol K. Anthony, who died at the age of 90, last year, was a great grandmother, avid gardener, and a renowned scholar of the I Ching.

Having studied creative writing at Ward Belmont College and the University of Iowa in the 1950s, it took her another twenty years to find her writing voice. In 1971, aged 41, her husband walked out on her and their four children. Seeing the end of her marriage as a personal failure and without anywhere to turn, Anthony called out for help to any forces ‘out there’ and the following day was visited by a friend who brought with her a copy of the I Ching. Having been dismissive of a work of divination that threw coins to find the answer, her friend threw the coins for her and arrived at Hexagram 39, Line 5. For those unfamiliar with the ancient Chinese text, the I Ching contains 64 hexagrams composed of six lines. Each hexagram provides a judgement and may point to a specific line dependent on the question being asked. Traditionally there have been two ways of arriving at a hexagram, either by throwing jarrow sticks (an ancient tradition) or tossing three coins, six times. Hexagram 39 Line 5 states:

In the midst of the greatest obstructions friends come. Here we see a man who is called to help in an emergency. He should not seek to evade the obstructions, no matter how dangerously they pile up before him. But because he is really called to the task, the power of his spirit is strong enough to attract helpers whom he can effectively organise, so that through the well-directed co-operation of all participants, the obstruction is overcome (Richard Wilhem, The I Ching or Book of Changes)

Anthony was so taken by these words that over the course of the next 40 years she consulted the I Ching for all sorts of problems, including insomnia, dealing with teenagers and pursuing business opportunities. Doing so made her realise that far from being an oracle in the sense of predicting the future or telling anyone what they should do, the I Ching was a book of deep psychological and philosophical significance, requiring that each of us question those ideas and beliefs we have misconstrued as being part of our self – our personal identities, if you will. What the voice of the I Ching – whom Anthony termed “the Sage” did was to help us see and then rid ourselves of those ideas and self-images that block access to our ‘inner truth,’ located within the body’s cells as a feeling consciousness as distinct from a mental program.

Following these early revelations, in the 1980s Anthony set up her own, eponymous, publishing company and wrote A Guide to the I Ching. This sought to offer a much deeper philosophical understanding of our relationship to the Sage, now seen not only as the voice of the I Ching itself but also our own inner self, which the philosopher, Heidegger, refers to as the ‘voice of the friend.’ Anthony’s guide was highly appreciated in I Ching circles but was not without its critics. Many accused her of using the I Ching as a means to support her own personal philosophy, while she could also be accused of being pro-capitalist. And whilst there are many repetitions in the text and the book is less “open” than previous versions (including the Wilhelm translation which Anthony used as her source), nevertheless it remains a refreshing and unique approach to a text which, for many years, was deemed too opaque for western readers to understand. The Guide was followed by The Philosophy of the I Ching which set out Anthony’s unique method with a focus drawn on understanding the human ego, not as a separate “I” but as a set of ideas and images through which each of us have been conditioned, throughout history, to see ourselves as separate and superior to others including the non-human world. This philosophy is analogous to new movements in philosophy, particularly the deep ecology movement and the position of non- anthropocentrism, though Anthony never refers to either and source references are limited.

The Other Way, Experiences in Meditation based on the I Ching was published in 1990 recording several guided meditations and dreams explaining how the I Ching may be used as a means of interpretation. Love, an Inner Connection, followed. Using the I Ching as a foundation she drew on metaphysical, philosophical and psychological insights including that of the psychoanalytical writers, Karen Horney and Harry Stack Sullivan. Showing that relationships are superficial and external when they exclude the heart, she concluded that ‘our deepest feelings and thoughts determine whether our relationships succeed or fail,’ where the feeling of love does not come from the other per-se but as a gift from the Cosmos, i.e. from our own inner truth connected with the inner truth of the other, far removed from the collective ego’s institution of marriage and the (fictional) idea of unrequited love. Love lasts as long as each person remains open to the possibility of fulfilling their lifes purpose, with or without the other at our side.

In the late ‘90s Anthony met up with Hanna Moog, who, prior to moving to the United States from her native Germany, had translated several of Anthony’s books into German. Having been seriously ill with nodules on her lung, Moog consulted the I Ching and Anthony and Moog came to the conclusion that adverse fate is the result of mistaken ideas and beliefs that need to be deprogrammed. What followed were a number of collaborations including the I Ching: The Oracle of the Cosmic Way, Healing Yourself the Cosmic Way and The Psyche Revealed Through the I Ching. Whilst Anthony did manage to hang onto her unique voice and interpretation of the I Ching a certain methodology started to appear, including the use of the ‘Inner No’ and ‘deprogramming.’ Almost wholly metaphysical in context but with unique practical tools, the concept of the ‘Inner No’ – a Western transliteration of the Vedic phrase neti neti used in meditation to ward off intruding thoughts – was described as having a ‘Cosmic function to transform discordant situations by removing their disturbing elements…in the realm of consciousness.’ Practically, this involves the recognition, every time a discordant thought or negative experience faces us, to say ‘No’ internally, even where or if we are unable to say an external No, and, where necessary, to the call on the Sage in the other person’s presence to intervene to displace their ego. As Anthony explained in correspondence, the ability to say the Inner No works as a mind jolt towards recognising disharmonious situations without needing to resort to argument or violence. The inability to say ‘No’ even to the most personal intrusions of our inner space, underpins egoistical domination (which she termed the ‘collective ego’) the world over. While every person is a unique expression of the cosmos, no one is special or superior to anyone else. To this end the purpose of the I Ching is to guide each individual to understand and deprogram the ideas and self-images which conceal one’s inner truth by saying the Inner No as the Sage determines.

Each Hexagram provides a means of revealing those ideas or self-images which prevent a person from accessing his or her inner truth, though often the same phrases and images are repeated. This led to the criticism that one is not so much consulting the I Ching as consulting Carol Anthony. Though the same could be said about any interpretation. Moreover, whilst the ‘Inner No,’ (said to negative affects or events), is both revealing and practical, the use of deprogramming techniques and the division of ideas into spells (seen as dragons, demons or imps) has no basis in anything other than Anthony’s subjective experience.

Though an accomplished piece of work which anyone interested in the I Ching would benefit from consulting, less can be said of the book on Healing which, to some extent is a logical conclusion to many positions proffered in the Anthony/Moog version of the I Ching. In Healing Yourself the Cosmic Way all illnesses and diseases are seen as the result of one’s own internal fears or self-doubt. Though undoubtedly psychological affects often do encourage illness, it is difficult not to see external factors equally playing a part. By dismissing such factors one would have to accept that the Dutch philosopher, Benedict de Spinoza did not die from inhaling glass particles whilst working as a lens grinder nor that the Indian guru Bhagavan Maharshi died from cancer as an external condition but that both were affected by internal fears or self-doubt. And for those who are victims of murder or road deaths, it is difficult to imagine that somewhere in their subconscious their own ego, drove their demise, as Anthony/Moog also suggest. Yet in this and other works (notably in their version of the I Ching itself) such a suggestion is often made. However, this is not to devalue Anthony’s work as a whole or to view her many books as having any less value. It is also probably more true than the medical profession would care to admit that ‘the negative effect of guilt or shame on the psyche makes us susceptible to illness, including mental illness.’

Though it is not clear what philosophical or other systems influenced Anthony’s work (in the Healing book for instance, there is clearly a cypher to Christian Science and deprograming is controversial, associated with New Religious Movements), in seeing us connected with Nature through bodily consciousness, Anthony’s interpretation and use of the I Ching remains strongly rooted in modern ecology, with ‘mind’ and ‘spirit’ being words linked to the human ego. As she oft repeats, it is not thinking alone that leads to clarity but a combination of thinking and feeling, where feeling alone prevails as the means to access the Cosmos.

In later years Anthony produced a number of videos including, “Key Learning Experiences — My Early Years with the I Ching.” https://www.ichingoracle.com/videos

Eccy de Jonge, PhD, is a philosopher, author, artist and deep ecologist. The author of Spinoza and Deep Ecology, Reinstating the Infinite and Policing and Public Trust, she has published widely in books and journals specialising in metaphysics, applied ethics, mental health and criminology. She has appeared on national radio and presented papers at international conferences. A keen birder and hiker she has recently completed a memoir, set on the Shetland Islands. On St Ninian’s Isle: A Search for Solace explores the nature of grief.