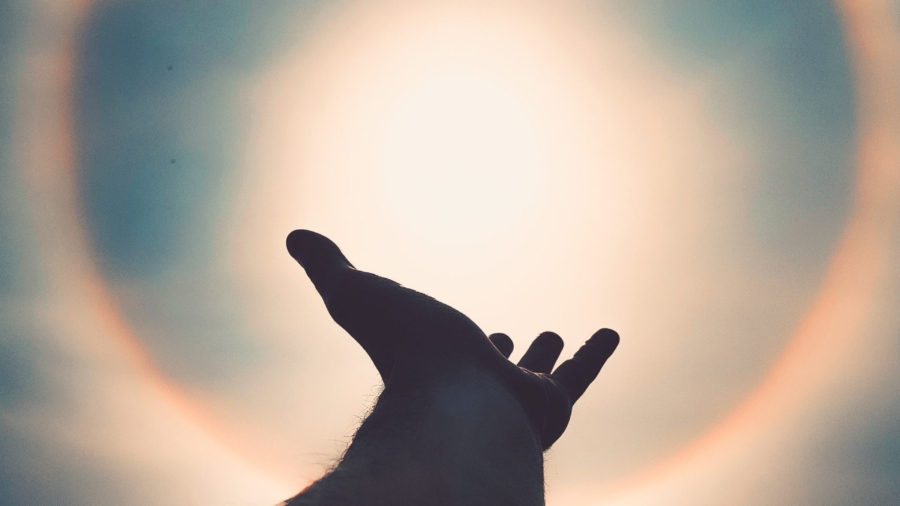 Do you believe the present is all that exists and is the key to spiritual awakening? Let us back up this assertion by claiming that space itself, and anything spatial, never extend beyond our current present. The reason we don’t see it is that we mentally separate space from time. Here’s how.

At first sight, to situate space in the present seems indeed completely incongruous to us because we have mentally made space this timeless frame, this Kantian a priori form that we may also call “immanence” (and from which the idea of nature derive naturally). In this perspective, the present belongs to a complete other line of reasoning, the one of time, and is thus reduced to a mere limit between the past and the future.

We might say: yes, space is present, but then any present throughout time is concerned, and so we are back to square one: space as a frame, and present as a temporal limit. However, assuming that a current present does exist might be the correct first step in our reasoning. It should not be a problem since everybody readily assumes that the moment they’re living is the current one. And after all, the universe itself has a current age. In fact, the very idea of a present implies an actuality: if there is no current present, there is no present (and actually there is no time at all).

But all of this does not prove anything if the present is just a temporal limit. Some philosophical doctrine called presentism has tried nonetheless to demonstrate the nowness of the present. “How do we know now is now” asked one of those philosophers. “When am I?” asked another one. A third one, John McTaggart had previously created a whole system around this question, and looked for actuality all his life but, not surprisingly, failed to prove it.

But let’s forget about proving actuality, and let’s move on by having a useful reflexion on the word present. We know that it has two meanings. The first is temporal: the present moment. The second is spatial: that which is not absent, which occupies space, which takes place.

This homonymy should have intrigued greatly (and also the word actuality which has the exact same double meaning), but instead, it’s been completely overlooked. Why? Always for the same reason: we have two separate categories in mind. When we talk about the present, we talk about time, not space. Our mind is set up so that space and duration are two different states of affairs.

This Kantian geography of space and time (the famous “a priori forms of our representations”) seems to be our impassable horizon, even after a century of space-time, which is not surprising because space-time (as a sort of phenomenology of the universe) is in fact based on this fundamental separation rather than canceling it out (and in the end, the two cohabit perfectly).

Yet the problem of this mental cleavage of space and time, which seems so natural to us, is that it makes the present this unsituatable, ungraspable, theoretical limit which is certainly not how enlightenment would like to think of it.

So, let us take our eyes off the Kantian maps, and indeed focus on the two meanings of the word present, and then examine this idea, that we want to introduce, that space could in fact lie within the perfect frontiers of a current present.

To help us in this endeavor, let’s return to a concrete, pre-Kantian understanding of space, the one of Descartes and Leibniz. Descartes denied the existence of space prior to that which occupies its own space: “For the names ‘place’ or ‘space’ do not signify anything different from the body which is said to be in the place.” Following on from Descartes, Leibniz similarly deduced the space of the notion of place, i.e. the place necessarily occupied by a given thing: “space is what results from places taken together.” Even Spinoza maintained this understanding of space, albeit while imbuing it with considerable divine value.

Note that this logically implies the rejection of the idea of the void: in other words, as Alexandre Koyré writes, “if God should destroy the world, there would be no void space left behind.”

Therefore, let’s consider for the moment the space occupied and nothing more, not as a container, but as a sort of result of that which “takes place.” Of that which is present.

Bearing this induced space in mind, let’s turn to a question that may appear strange, but whose response may provide us with some answers as to why the word “present” has two meanings. The question is: does this necessarily occupied space (in other words, the universe and the place it occupies) have a place in time?

The response is inevitably surprising, given that, as we have seen, it is masked by the framework of our thoughts, which spontaneously separates the concepts of space and time. It is that space occupies wholly and uniquely the present, which is, as we have also seen, by definition the current one.

Therefore we can no longer think of space, whether geometrical or physical, as a frame: it is, on the contrary, current, “in situation”, matching perfectly the present.

Partisans of the “power of now” (in which I’m including) are now safe from vague eternalism. Space itself is the boundary of the present, and what makes it current. Past and future remain the illusions they may be (although illusions do exist as illusions): at least they’re now ontologically different from what is present.

To achieve this result, we had to deconstruct the mental habit of intuitively seeing the present as a simple limit and space as a dissociated frame. Our reward is that suddenly this universe appears as if suspended between the abstracts of past and future. It is somewhat as if we were rediscovering the closed space from before the infinite universe of the scientific revolution, to borrow Alexandre Koyré’s term once more, but this time, space is no longer closed by itself (if this could be said to mean anything), but by time.

As completely opposed to immanence, this is now a sustained universe, as if embedded. A Heraclitean, dreamlike universe.

Although we may still be attached to immemorial nature and immanence (even reduced to a mere simulacrum, a simple interface), there is something deeply reassuring in a sustained, fully transcendent universe: again, it’s as if we got an ancient sphere back.

And more importantly, since the present is said to be (along with an ego-free life) the gateway to spiritual awakening, then the fact that all of space is encapsulated in it, is certainly a worthwhile subject of meditation. 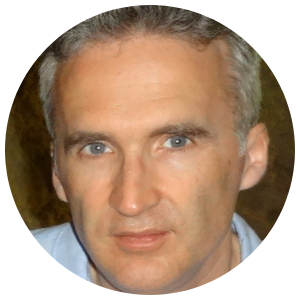 Born in 1973 in France, I studied philosophy at the Sorbonne. I currently work in the finance department of an IT company (Computacenter) in Paris. I have published a few articles in French literary journals. For a few years I’ve been interested in spirituality, which I believe has supplanted philosophy in many aspects.