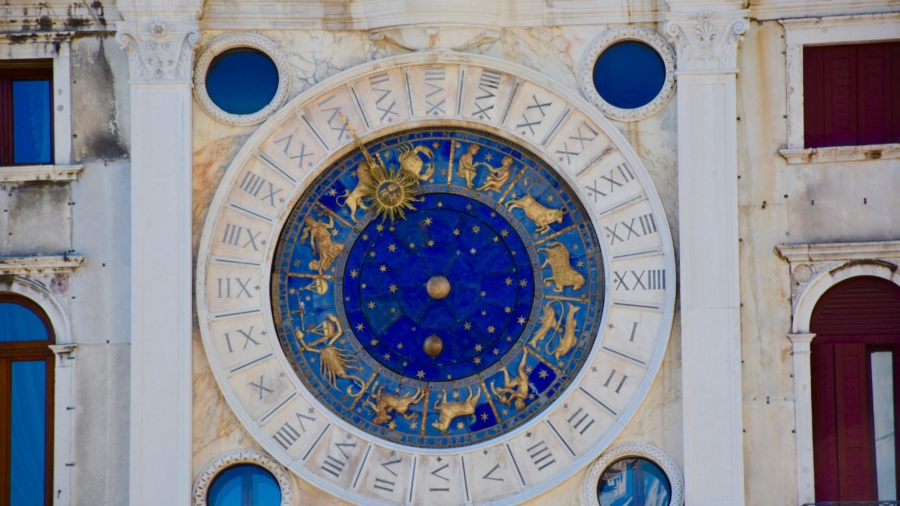 The word alchemy is commonly used to describe how, when two entities or energies come into contact, both are changed by the encounter, and a new entity, or third force, is created.

The four pillars of western esotericism – alchemy, astrology, hermeticism and the kabbalah – share the common belief that the universe is alive, active and fundamentally inter-actional. In other words, we live in an intelligent, participatory universe which responds to our engagement with it.

Alchemists and astrologers are in constant dialogue with nature, and dialogue is a two-way process of alignment. From the earliest times, the alchemists knew that their experiments could only be successful if carried out at the astrologically appropriate times.

Alchemy takes astrologers into curiously familiar and compelling territory, since its writings and illustrations have a profoundly astrological content.

The illustrations found throughout the alchemical texts are powerful, evocative, frequently grotesque and disturbing. But alchemical images, like astrological symbols, awaken the imagination. They can be understood as originating from the depths of the human psyche, from beyond the personal, from the world of archetypal principles – from the gods. Astrologers can read these images better than most since, again and again, they reflect the structure of the horoscope.

Alchemy is a process begun by nature, but which requires conscious human effort to bring to completion. As the natural scientists oftheir time, the alchemists believed they were collaborating with the work of nature to release its latent potential, to liberate the living spirit from the darkness of matter. They pursued the Promethean vision of speeding up the natural processes by extracting the embryonic ores from the womb of the earth mother and, in their furnaces and retorts, subjected them to a series of operations, using fire to artificially accelerate the ripening process. What they were doing was in a sense subversive, since they believed that God was in the process of becoming and needed the assistance of mankind to bring this about. These ideas were religious heresy but are central to the hermetic traditions.

Just as the alchemists worked on the material in their alembics, so astrologers work with the birth chart, where the material can be seen, reflected upon and interacted with. Horoscopes do not exist until they are made by the astrologer. In the act of constructing a horoscope the astrologer imposes structure and form onto the cosmic background. The universe is no longer in its natural state, unknown, unseen, unconscious; the natural order of things has been tampered with. This act alone brings about a change of awareness and sets the scene for the metamorphosis of both the observer and the observed. Reading a horoscope is a ritual process of divination in which, if the alchemy is activated, both parties are changed.

Living and working with astrology has a powerful cumulative effect. Every astrological act of identification extends our understanding of the human psyche, awakens and accelerates the evolution of its expression and contributes to the growth of consciousness.

The myth of alchemy tells us that consciousness is born out of the experience of opposites, symbolised by spirit and matter, sol and luna, and personified as the alchemical king and queen. The alchemical opus describes how the prima materia, or original state of unconscious wholeness, is initially divided, rent asunder, and how, through a series of operations, the opposites are reunited in the mysterium coniunctionis, or mystical marriage, a ritual ceremony which was believed to assist with the regeneration of nature.

The product of this union is a mysterious and powerful entity known as the philosophers’ stone, in which the experience of the opposites is suffered, not blindly, but in living awareness.

Alchemy re-emerged in the twentieth century in a new context, in the human soul. In his work with patients, Carl Jung discovered that alchemical themes and images were still very much alive within the human psyche, often emerging spontaneously in the dreams and visions of patients who consciously knew nothing about it.

Jung recognised that alchemy, with its images of sacred relationship and the redemption of matter, described the psyche’s inherent potential for, and drive towards, integration. He also recognised that the famous Emerald Tablet, the recipe for the creation of the philosophers’ stone, was none other than a summary of the individuation process he had been carefully mapping in his clinical practice.

ASTROLOGY AS AN ALCHEMICAL OPUS

The birth chart is exactly the same at death as it was at birth so the question is what, if anything,has happened? People can and do change over time and alchemy tracks the mysterious nature of change, through the symbolic stages of dismemberment, death and rebirth which are the familiar pattern of all initiations.

The initiatory journey is fundamentally inward. An alchemical approach involves deliberately participating in the various stages of the opus until we come home to our deepest selves, to the most fundamental understanding of our own natures. Everything is there right at the beginning, in the birth chart. It is just a question of realizing there is nowhere else to go.

Just as the initiatory path is not for everyone, so working alchemically is not for the faint hearted. But if we have the courage to stay with the process, to keep the alchemical fires burning and enter ever more deeply and imaginatively into its symbolism, it gradually expands our thinking beyond the polarised perceptions which have made us strangers from ourselves, from each other and from the world.

ALCHEMY AND THE OUTER PLANETS

The alchemists were, of course, working with the seven visible planets, bounded by Saturn. And yet it is clear that they were intuitively aware of the principles we now associate with the three outer planets, Uranus, Neptune and Pluto; principles which appear to find their place in the alchemical scheme as aspects of the soul. The alchemical texts and images reveal that it is only within the individual soul that the mysterious transformations can take place, and be given
back to the world.

Initially immersed in the unconscious chaos, or prima materia, of the birth chart, the outer planets are contaminated by historical influences, and we have no alternative but to blindly continue to perpetuate and project the ‘mighty deposit of ancestral experience’1 onto the world, all the while believing that we are functioning as individuals.

The alchemical processes describe, in symbolic terms, how the buried planetary archetypes can be purged and released from their inherited distortions. The rescue of the individual soul from the weight of human history is one of alchemy’s greatest contributions to the practice of contemporary psychological astrology. The alchemist/astrologer who undertakes this work is participating in the creation of consciousness.

Ultimately, the alchemical journey is a very simplifying process. The final stage in all initiations is to complete the circle and return to the world, to share with others the insights and gifts received on the journey. Initiates are recognised by their ordinariness and their joyfulness and by the way that things are touched and redeemed as they go about their daily lives.

This book suggests, then, that astrology is not just an empirical science, charting the measurable relationships between the positions of the planets and physical events on earth. Neither is it simply a philosophical construct or intellectual exercise. It has an immensely practical component and, to the extent that it is embodied, it engenders a real metamorphosis of the soul. The myth of alchemy shows us how.

CLARE MARTIN is an integrative psychotherapist and has been a professional astrologer, teacher and lecturer for over thirty years, working in London for the Faculty of Astrological Studies and at the Centre for Psychological Astrology. Clare is the author of Mapping the Psyche, a three volume Introduction to Psychological Astrology based on the beginners’ course she taught at the CPA. She now lives in Dorset, where she continues her astrological consultancy work and is a tutor for the Mercury Internet School of Psychological Astrology.

ALCHEMY: THE SOUL
OF ASTROLOGY
BY CLARE MARTIN,
published by
The Wessex Astrologer,
Paperback (146 pages)