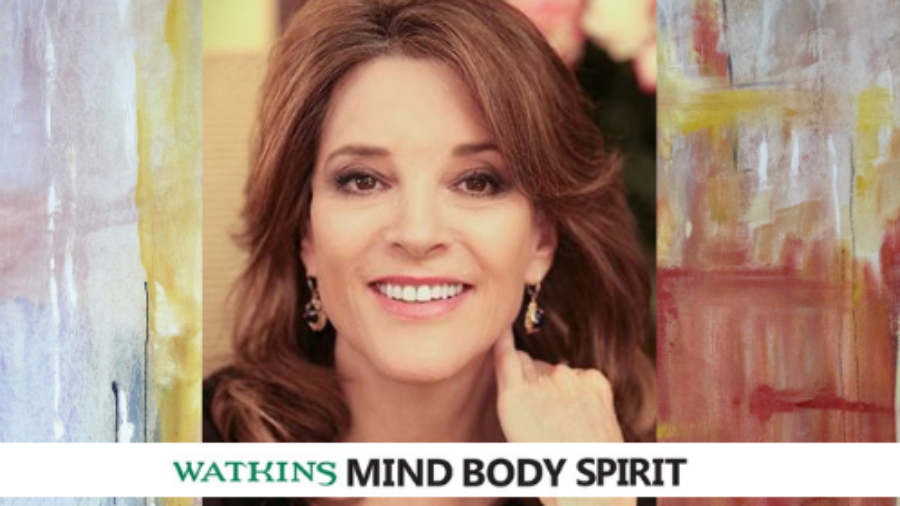 With Marianne Williamson’s announcement of her intention to run in the US 2020 presidential election, what better time to consider her spiritual achievements and accolades? Having made an appearance on every list since its conception in 2011, Marianne was #34 in this year’s Watkins 100 Most Spiritually Influential Living People in 2019 list, and was the 13th-highest woman to place on the Spiritual 100 overall.

Marianne has also been interviewed by the Editor-in-Chief of Watkins Mind Body Spirit magazine, Etan Ilfeld. You can read the pair’s discussion about the roles of meditation, the feminine and engaged spirituality in today’s world by clicking here. You can also watch the full, filmed interview on our YouTube channel by clicking here.

Williamson is a spiritual teacher, author, lecturer and activist. Four of her books have been New York Times bestsellers, including the mega bestseller A Return to Love, which is based on her experiences as a teacher and lecturer on A Course in Miracles. She is also the founder of Project Angel Food, a meals-on-wheels program that serves homebound people with AIDS, and the co-founder of The Peace Alliance. She is also behind Sister Giant, providing women with the information and tools needed to be political candidates, encouraging them to align their politics with their spiritual values. In November 2018, Williamson announced that she was forming an exploratory committee for a presidential run in 2020. Her latest book A Politics of Love: A Handbook for a New American Revolution was published in May of this year.