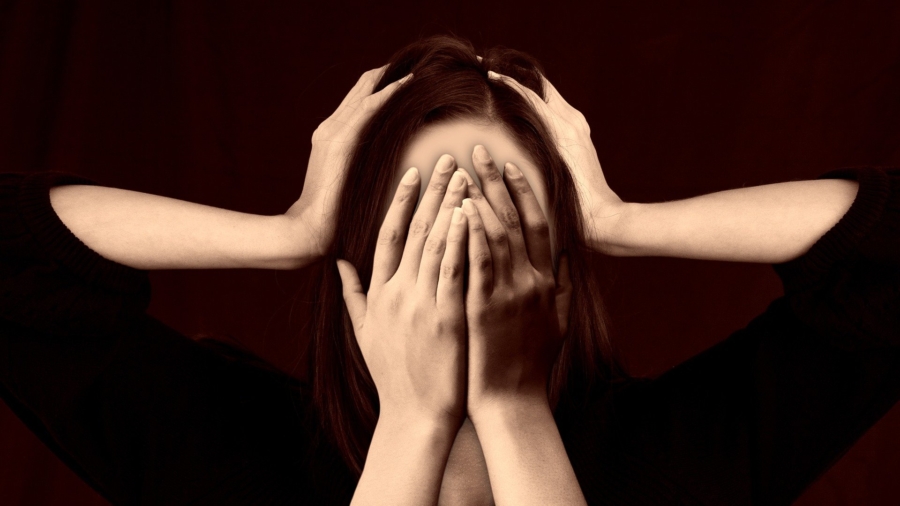 Sylvia True, author of a new novel based on the true story of her family’s struggle in Nazi Germany and the eugenics programs to eliminate those with mental health issues, writes on the heritage of madness this Holocaust Memorial Day.

The inside didn’t match the outside. My childhood home was simple and plain, a yellow split-level with a square back yard and faux black shutters. The inside was packed with antiques from Europe, portraits in gilded frames, clocks from all over the world, Oriental rugs, and a museum-piece dollhouse that my great grandmother had once owned and which now took up a whole wall the living room. No other house in the neighbourhood looked like ours inside.

My mother was a tall woman with hazel eyes and high cheekbones; she played up her sing-songy accent, and was everyone’s favourite. I often watched her frantically rubbing her eyebrow as she raced around, trying to fix whatever my father was bellowing about, in his German accent, with his rolling R’s. Although, for her, it was all a bit of theatre. She liked the role of the martyred and harried housewife. She prided herself on being married to “the most difficult man on earth”. She was fiercely competitive; she had been a Swiss National Champion figure skater in her youth.

Both of my parents came from Jewish families, and both families fled from Frankfurt before the start of World War II. My mother’s mother and grandmother moved to Switzerland. Their reasons for leaving Germany were multi-layered. It wasn’t only because they were Jewish. There was another factor – something that in 1935 might have been even worse than Judaism. There was mental illness, kept secret for many years.

My father’s family made it out right before Kristallnacht. Until that point, my grandfather had refused to believe that people would ever do horrible things to other humans. He was a doctor – the doctor of Anne Frank’s family. He had sharp blue eyes, a great mind, and a naïve heart.

My father had a happy childhood, or so he insisted, though my mother would whisper to me that the Nazis had beaten him daily. Above all, no one in our family had ever been mentally ill. We were normal. Perfectly so. And we had better behave accordingly. Hiding and deception were a way of life for us.

Like many refugees, my parents refused to speak about their experiences. My mother’s mother, who we called Omama, was the family matriarch. She had emerald green eyes, a perfect bone structure and thick wavy hair that turned snow-white in her 60s. She remained in Switzerland and had an enormous amount of influence over all of us. Critical to the point of being mean, she cared deeply about her family, especially her grandchildren. She desperately wanted us to project refinement and culture so that we could be accepted into the highest circles of society. When she had left Germany, she had lost her money, her position and her status, but aside from some moments in which her guard came down and loneliness poked through, she continued to played the role of aristocrat.

I tried to please my elders. I failed often. My father yelled at me to “pull up my socks.” My Omama told me not to slouch and to tame my wild hair. I felt stretched and pulled by the adults around me, pushed sometimes to the point of breaking, and perhaps I would have broken completely if I hadn’t known, somewhere in my core, that my family had been shaped by things they had no control of, things set in motion before I was born.

I married and had a child. The birth of my daughter triggered severe panic attacks and a depression that had been dormant for many years. My world cracked. The old rules failed me, and I had a breakdown that landed me in a mental hospital. It was the start of a deep introspection and an unburdening, not only for me, but for my mother and grandmother as well. Slowly and cautiously, they relinquished some of the family secrets. The insides were beginning to show.

I began to understand that the extreme attitudes in pre-World War II Germany – fear of the other, of homosexuals, the mentally ill, Jews, Gypsies, immigrants – any non-Aryans – had seeped into Germany’s consciousness. My Omama, although Jewish, was swept up in the tide of the times, the belief in sterilization and euthanasia of the incurable. It wasn’t only the Germans who bowed to the science of eugenics; it was the world, though the Nazis were the ones to take these ideas to an obscene conclusion. Back then, my grandmother – a bright, wealthy, independent young woman – had done what she could to protect her sister, Rigmor, who had been diagnosed with mental illness. But my grandmother couldn’t save Rigmor, who became a source of shame, and ultimately a victim of the Nazi regime.

Where Madness Lies is both my grandmother’s story and mine. It is a story about hope and redemption, about what we pass on, both genetically and culturally. The names have been changed, and some of the details are how I imagined them, not exactly as they might have been. But the bones of the story – the insides – are true.

Sylvia True was born in England to parents who were refugees from Germany. She moved to the US when she was five. Growing up with parents from different cultures, a mother who was a Swiss champion figure skater, and a father who was a theoretical nuclear physicist gave her varied and unique perspectives.

During her summer breaks, Sylvia likes to travel to the Amazon and do research in the rainforest. She has raised two daughters, who are both pursuing their passions. Presently, she lives in Massachusetts with her husband and two very spoiled dogs, where she is a high school chemistry teacher.