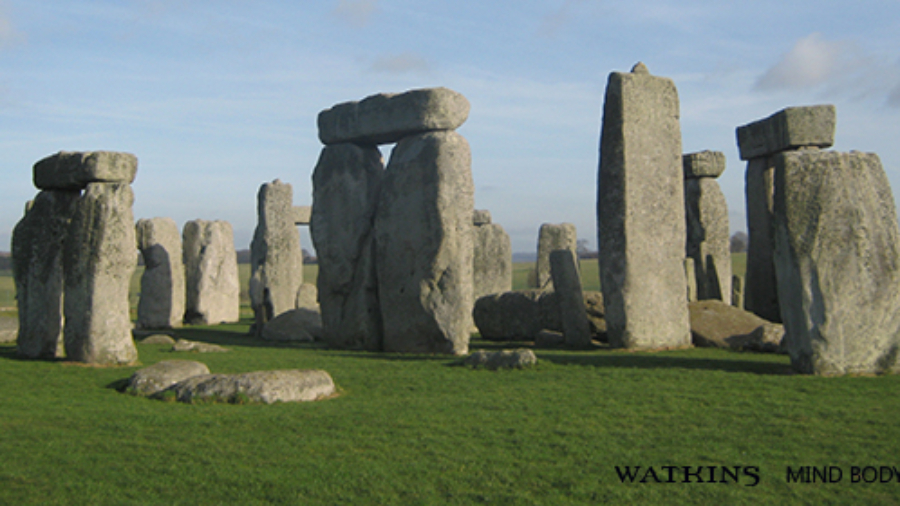 by Watkins Books
with no comment
Ancient wisdomPersonal DevelopmentYoga and Meditation

From 19.00 on Wednesday 20 June, Stonehenge will open its doors for free to those who want to celebrate midsummer (the monument is closed on 21 June and normal service resumes from Friday 22nd). Every year, thousands gather within the ancient stone circle to watch the sun rise on the longest day of the year.

To celebrate the solstice, here is a short extract about Stonehenge (written by archaeologist Barney Harris) from the Megalithic Portal’s The Old Stones, edited by Andy Burnham. This is the most comprehensive guide ever published to the Neolithic and Bronze Age sites of Britain and Ireland. In addition to a directory of over 1,000 sites, it brings together insights, theories and images from the archaeologists, theorists, photographers and stones aficionados who contribute to the world’s biggest megalithic website – the Megalithic Portal. The book is out in September 2018.

The world’s most famous and iconic stone circle, Stonehenge has all the facilities required to entertain over 1.3 million visitors every year, including a café, a shop, and a museum with nearly 300 ancient artefacts and an exhibition exploring the stones, the people and the wider archaeological landscape, as well as reconstructed Neolithic houses. There is full disabled access to the stone circle by shuttle bus and tarmac paths, and you also have the option of walking to the circle past the Greater Cursus and numerous barrows. Don’t go expecting to have the stones to yourself, but, despite the crowds and the fencing, the spectacular arrangement of uprights and lintels remain hugely impressive.

Current Theories About Stonehenge
It is now known that Stonehenge began life as Britain’s earliest and largest cremation cemetery. All but eight of the excavated Aubrey Holes contained cremated human remains and as many as 150–240 individuals were buried at Stonehenge over the course of the third millennium BC. It was not until around 400 years after the first bluestones were brought to Stonehenge that its architecture began to reflect an increased concern with celestial bodies, a change that has led some to label Stonehenge an observatory. Certainly, these later stone settings emphasized an important axis (or line) that ran right through the middle of Stonehenge; at its northeastern end the Heel Stone “hides” the rising midsummer sunrise, while the uprights of the Great Trilithon frame the midwinter setting sun to the southwest. Archaeoastronomers have confirmed that a second alignment – this time with the major summer and winter full moons – was created by the long sides of the rectangle delineated by the Station Stones.

More recent thinking has highlighted Stonehenge’s importance as part of a wider network of prehistoric monuments scattered around the local landscape. The association between stone and death at Stonehenge is mirrored at another nearby monument that is also connected to the River Avon by its own avenue: Durrington Walls. Rather than stones, this enormous henge contained a giant timber circle with its entrance aligned to the midwinter sunrise and midsummer sunset, the exact opposite of Stonehenge. Excavations here by the Stonehenge Riverside Project also revealed the presence of a sizeable Neolithic village that later became a giant feasting site. Durrington Walls was thus a place for the living and Stonehenge a place for the dead; people congregated around the timber circles of Durrington Walls to feast and celebrate life before proceeding down the river to Stonehenge to remember the dead among the stones.

The vast amount of labour required to build Stonehenge (over 30 million hours at the last count) has also led some to conclude it is the best evidence yet for the existence of a prehistoric hierarchy or ancient elite. Certainly, it is difficult to understand why a single group of people would spend so long building something like Stonehenge, but more recent evidence points to the possibility that this effort may have in fact been shared across many groups from around Britain. Isotopic analysis of cow bones found at Stonehenge has revealed that animals were likely brought to Wiltshire from as far away as Scotland. Equally, petrographic analysis of some of the sarsen stone at Stonehenge has shown it was brought west from Kent. Far from being the product of a centrally controlled chiefdom, Stonehenge could have emerged out of the joint efforts of many smaller groups coming together for the common good. 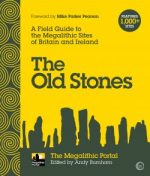 The Old Stones: A Field Guide to the Megalithic Sites of Britain and Ireland
Edited by Andy Burnham
RRP: £29.99
Available from September 2018. Pre-order HERE.