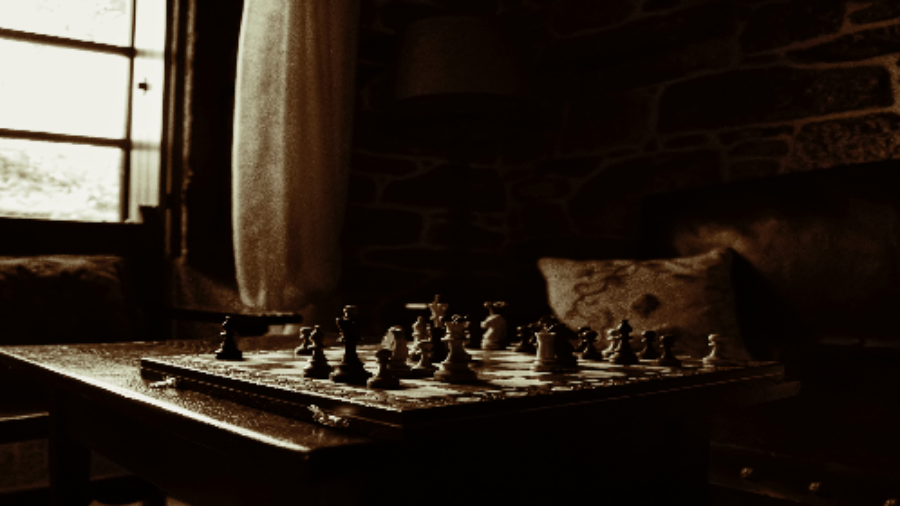 Game Theory deals with interactive decision making between rational players, assuming that each player’s goal is to maximize his benefit, whatever it may be.

Players may be friends, foes, political parties, states, companies or anything interactive, really.

The participants’ reward is not only measured in money. The reward is the satisfaction players receive from the results of the game, which could be positive (money, fame, clients, more ‘likes’ on Facebook, pride, etc.) or negative (fines, wasted time, ruined property, disillusionment, and so on).

There are many ways to apply Game Theory to life situations: business or political negotiations; designing auctions (choosing between the English model where the price constantly rises, and the Dutch model where the initial price is high and constantly falls); brinkmanship models (the Cuban missile crisis, the Western World and the Isis threat); product pricing (should Coca Cola lower prices before Christmas, or actually raise them? How would Pepsi respond?); whaling restrictions (all countries involved want the restrictions to apply to others, but they keep whaling unchecked; without restrictions whales might become extinct); understanding the evolution of trust and cooperation; courtship strategies (human and animal); the study of the evolution of human and animal behavior, and many more.

One of my favorite games was invented by the important Indian economist Kaushik Basu. This game is known as Traveler’s Dilemma and demonstrates that looking after your interests and not caring about the other players and not giving trust will actually harm you (and others).

Two friends, appropriately named X and Y, attended a strategic-thinking workshop at Harvard. Before they flew back home, they visited Boston’s Charles Street that is known for its antique shops. In one such shop, they found a pair of identical Chinese vases that were magnificently painted and particularly cheap. Each bought a vase, but as fortune would have it sometimes, the airline lost both their bags, with the vases. The airliner decided to compensate X and Y immediately and asked them to step into the office of the Lost & Found Department manager. After a short conversation, the manager realized they were interested in strategic thinking and thus decided to compensate them along the following lines:

The two were to go into separate rooms and write down the sums they wanted for the lost vases on a piece of paper. The sums could vary between 5 and 100 dollars. If both wrote the same figure, they would get it. If they wrote different numbers, both would be paid the lower figure; but there was more: the one who wrote the lower figure would also collect a $5 bonus, while the other, who wrote the higher figure, would be fined $5. For example, if X writes 80 and Y writes 95, X will receive 80+5=85 and Y will collect 80-5=75.

What would be your figure of choice?

At first glance, it would seem that both should write 100 because then this is what both will receive. Reasonable people would probably do that. But what if X and Y maintain an economic worldview – an approach that often tends to be narrow-minded? Many people are known as homo-economicus – creatures who wish to maximize their wealth whenever opportunity presents itself. That approach predicts very different numbers.

Y knows how X’s mind works, and knows X would not write more than 99 –

– and thus – making the same considerations X made before, Y will write not more than 98 – in which case, X will not write more than 97 – and on and on it goes, where it stops… I know: They will stop at $5. This is the only choice that guarantees that both players would not retroactively regret their choices.

However beautiful the strategy, you should occasionally look at the results.

The Traveler’s Dilemma reflects a situation where looking after your interests actually harms you (and others). An extensive behavioral experiment (with real financial rewards, for example) of the game yielded some interesting insights.

In June 2007, Prof Basu published an article about that dilemma in Scientific American. He reported that when this simple game is played in practice people regularly reject the (logical) choice of $5 and very often choose the $100 option. In fact, the Indian economist stated, when players are ignorant and lack all formal knowledge, they ignore the economic approach and actually attain better results. Giving up on economic thinking and simply trusting the other player is the reasonable thing to do.

Another interesting finding about this game is that the players’ actions depend on the size of the bonus. When it is very low, recurring games lead to convergence toward the highest sum possible. Yet, when potential profit is high enough, the sums offered converge toward the lowest possible declarable sum.

Kaushik Basu believes that moral qualities such as honesty, integrity, trust, and caring are essential for a sound economy and a healthy society. Though I totally agree with him, I seriously doubt that world leaders and economic policymakers are endowed with such qualities. More often than not, integrity and trust are qualities that give you no edge whatsoever in political races and thus it would be a real miracle if individuals guided by such moral standards indeed assume key political or economic positions.

Meet The Author: Haim Shapira was born in Vilna, Lithuania and emigrated to Israel at the age of 14. He holds PhDs in Mathematical Genetics and Science Education from Tel Aviv University. An expert in Game Theory, Dr Shapira is a popular public speaker fascinating audiences around the world by sharing practical applications of Game Theory for everyday use in decision-making processes. He is the author of numerous books, including the award-winning Happiness and Other Small Things of Absolute Importance.