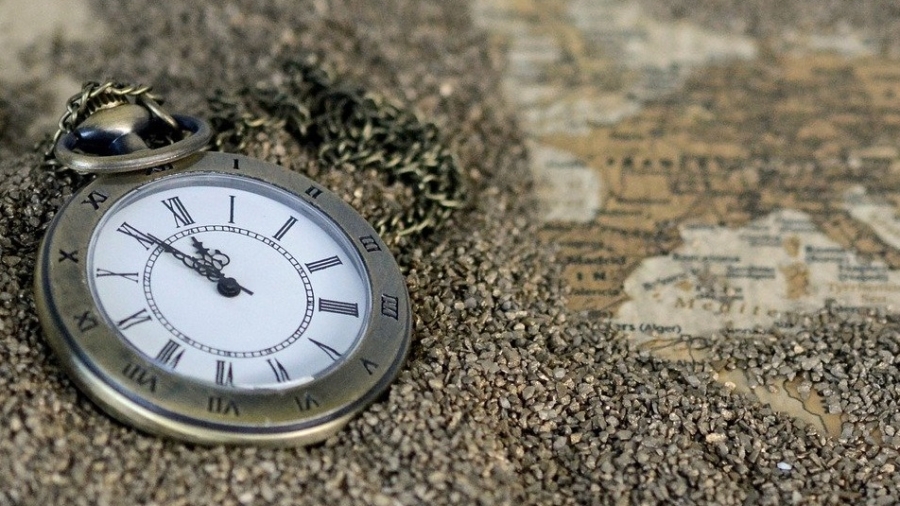 Watkins Mind Body Spirit presents a Q&A with Michael Goddart, who reached back through the depths of time and his own personal pasts for the book In Seach of Lost Lives.

What is different about your memoir?

There are many ways in which it is different. Here are three. In Search of Lost Lives is the first known account of a succession of past lives, including all of my last fifty past lives.

As a spiritual memoir, it is a comprehensive account of my journey across eons of time that depicts many of the spiritual experiences that furthered my spiritual evolution and that prepared me to meet and follow a realized Teacher.

What do you mean by spiritual evolution?

By spiritual evolution, I mean the spiritual experiences and realizations that strengthen your higher mind so that it becomes an ally of your soul. The epigraph of my book is a line from Rumi: It takes a thousand stages for the perfect being to evolve. What I hope In Search of Lost Lives shows are some of the many experiences or steps I took that in effect spiritualized me and prepared me to be initiated onto my current spiritual path of Bhakti and Surat Shabd Yoga. I go back and back to the beginning of my spiritual evolution when I was a mother with six children living on the first of my three planets.

What do you mean when you write about lower mind and higher mind?

Lower mind is your mind that is pulled every which way by your senses and desires. It has very little awareness or control—if any—over expressing ego, anger, greed, lust, and attachment, and all their myriad expressions. Higher mind is your better, nobler mind. It is the part of you that is drawn to service, to helping people, to being good and kind and empathetic.

In the subtitle of your new book, why are Soul&Mind joined together with an ampersand, the symbol that’s used instead of the word “and”?

Mind&soul are shown joined with an ampersand (“&”) without spaces to represent that the soul and mind are knotted together. The soul is captive to the mind as the mind pursues a constant bender, ruled by the senses, lurching from one desire to the next desire, a fugitive from spiritual Love.

What does the soul want?

The soul wants but one thing—to return to God, to LoveSource. That’s what I call the Supreme Being which has no name and has been called a multitude of names through time.  LoveSource is beyond time and mind. The soul can’t return until all its karmic debts are paid off or extinguished and it is released from the mind with which it has been associated through time.

What are realized Saints and Masters?

What is the journey of the soul?

The journey of the soul is when the soul first had to leave its True Home and it descended through the realms of consciousness on Shabd (Sound Current, Word). It had to take on coverings when it entered the mental and material planes. Thus, for the causal plane, it took on a causal body; for the astral plane, an astral body; and for the physical plane, a physical body.

Once living in a physical world, the soul&mind took on body after body, life after life, transmigrating to higher and higher life forms, those with increasingly greater consciousness. Only as a human do you have the opportunity to break the cycle of birth and death, of transmigration, and return to God, to LoveSource. As a human, this is your chance to win eternal life, unalloyed bliss, and supreme love.

What was your Cohort of Seven?

The Cohort of Seven is the group of seven beings I was mainly with between lives and with whom I have shared the most human lives on Earth. We’ve been on comparable levels as mind-spirit entities and between lives together in the less material inner realms, reviewing and learning from our recent physical lives to grow spiritually. We’ve shared teachers or guides within who have helped us prepare for reentry into the physical. In the physical, we shared rituals, ideas, paths, religions, and mystical practices, traversing lives together, searching.

What were some of the lost civilizations you lived in and which one best defines who you are today?

Ancient Greece; pre-Christian Europe—for instance Illyrian tribal culture;  Ancient India and south Africa. Also, Atlantis and Lemurian civilization, during the time of Atlantis. The life that best defines me is when I was a philosopher in Ancient Greece, living from 216 to 260 CE.

What have been some of the main benefits of knowing so many of your past lives?

My recovery of past lives has explained all of my prominent sanskaras that I wondered about.  For instance, my feelings of familiarity with the British Raj and the pure exaltation I felt when I visited the prior home of a Saint. Now, I am much more at peace with myself. More than I ever imagined I know better who I was, who I have been. To know the past-life loves and other dear relationships with persons I know this current lifetime has affirmed what I have felt and wondered about. As images and knowings came back, I’d feel the rush and rapture of recognition. “Yes. This is who I am.” I now feel whole. To a greater extent than I thought possible, in my current life the injunction “Know thyself” has been fulfilled.

Michael Goddart, MFA is the author of the newly published In Search of Lost Lives: Desire, Sanskaras, and the Evolution of a Mind&Soul, a winner of the Living Now Book Award, the Body Mind Spirit Book Award and the National Indie Excellence Award. Michael Goddart took his MFA in Creative Writing at Bowling Green State University. His work as an international tax consultant and his spiritual quest have taken him to over fifty countries. Since 1974 he has journeyed thirteen times to India and also numerous times to England, Greece, Canada, Spain, and within the United States to be with those rare teachers whom he considers to be fully realized humans.

In Search of Lost Lives: Desire, Sanskaras, and the Evolution of a Mind&Soul by Michael Goddart, published by Clear Path Press, £26.40