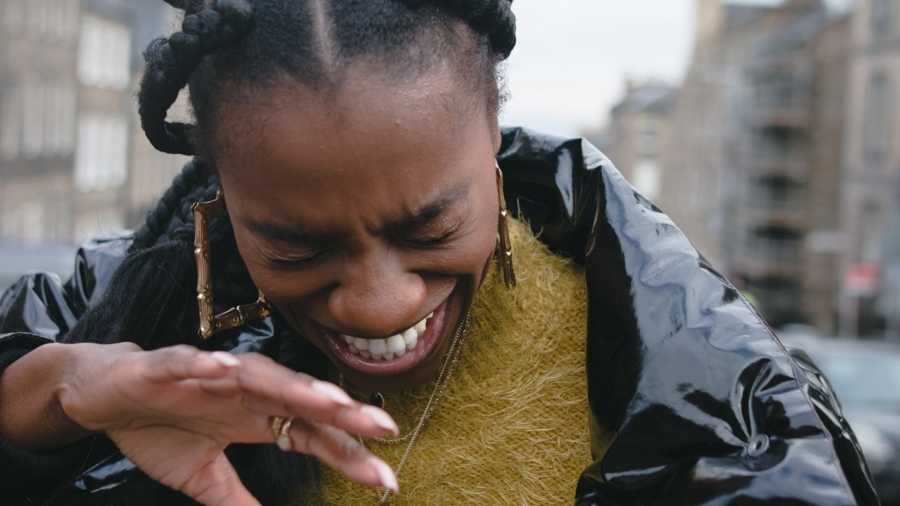 I love comedy, and that’s a severe understatement. I love it so much that I’m willing to come out of my Netflix hibernation and cough up the $7 USD it takes to renew my subscription streaming service any time a new stand-up is released. I do believe that comedy is one of the greatest gifts to be bestowed on to humankind. But I’m also not convinced that a cheap laugh is always worth the payoff.

It’s easy to see comedy’s spiritual properties. The consumption of comedy allows us to get out of ourselves and to be present. Watching an hour-long comedy special can be like experiencing a Zen kensho (a mini-awakening). In some cases, full-on satori.

Comedy connects us to others, sharing in our similarities and differences. It reminds us of our humanness and airs out and heals wounds. More importantly, comedy serves up the best form of medicine known: laughter, the undisputed champ of Rx.

For the reasons above, we like to tell jokes. People like funny people and we admire those who are good at it. The professional comedian is no exception. They are giants among us, in a creative class all of their own. Sure, artists and musicians are great too. But not all of us paint, make films, or music. We do all think and speak, though. So, when we hear a comedian string together their thoughts to reach hilarious and genius conclusions – on the very same instruments that we play, no less – we have to stop for a second in admiration, “wait… well, uh, how did they just…? Impossible!”

With self-deprecating humor, it’s a bit easier to see how they reached their conclusion. We relate on some level and so we laugh, blush, and cringe all at the same time. Don’t get me wrong, this is super-important for us to do – to have the ability to laugh at ourselves and circumstances. That’s not where this is going at all.

On the Spiritual Path

On the spiritual path, the power of our words and our thoughts are stressed by teachers and sometimes above all else. I can’t think of any major spiritual tradition where the constant monitoring and correction of inner-dialogue, outward speech, and behavior aren’t at the forefront.

In more esoteric teachings, some whose concepts have gone mainstream, it’s taught that we give birth to life with our words. That our thoughts, feelings, and actions are what is creating (or co-creating) the universe. Closer to truth is that our beliefs, what’s programmed into our subconscious mind, is what’s creating us and projecting the realities we experience. To what extent? I don’t know. But it’s running a good portion of the show even if we’re unaware of it.

Why the Cheap Laugh May Not be Worth it

It’s easy to take part in self-deprecating humor and not even realize that that’s what we’re doing. I believe it’s done in a sincere effort to appear relatable or as on the same level as others. We may not even see it as us taking a jab at ourselves at all. In a lot of Western cultures, we’re taught to “be humble”, which we mistake for “be small”. And no better way to “be small” than to appear humble through self-deprecating humor.

It’s a double edged sword because it serves its purpose while poking us at the other end. People generally take to others who are funny, relatable, and “humble”. But what are we doing on the subconscious level? Well, we’re further cementing beliefs that were already there. The same beliefs that we’re trying to do away with through our spiritual work – doing away with being “small” because we’ve touched on something in us that’s big. Infinitely big.

On a few occasions, I’ve told a joke only to have the recipient tell me, “why do you talk about yourself that way?”. Not quite the reaction anyone would be hoping for. There were two instances in recent years where my joking-around made others visibly angry. It wasn’t because my jokes were offensive, crude, or explicit. These people were mad because they saw something in me that I hadn’t yet. These were both women who were strong on their paths. I thought they were completely nuts, but they were also completely right.

And, on the other hand, they were people who couldn’t take a joke. But the subconscious mind doesn’t know how to take a joke either.

The subconscious mind doesn’t know true from false, past from present or future, up from down, and a joke from what’s serious. It takes you at your word. It takes whatever you’re able to impress on it as being factual. It takes this and animates life to your belief system. It animates you.

I am reminded of this quote from Dr. Joseph Murphy that I’ll leave you with, “You must make certain to give your subconscious only suggestions, which heal, bless, elevate, and inspire you in all your ways. Remember that your subconscious mind cannot take a joke. It takes you at your word.”

Justin Kucera is a freelance writer based out of New Mexico, U.S. and author of the spiritual and personal development blog Way Of The Road Project, highlighting transformative techniques from ancient to the cutting edge.