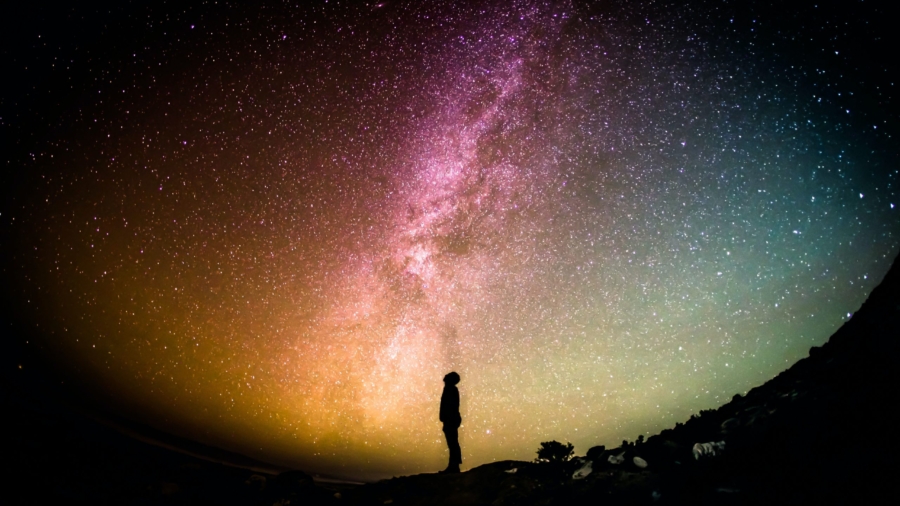 On a visit to South East Asia, towards the end of the 19th century, scientist Philip Laurent observed a phenomenon that left him baffled. As he walked in the fading light, along a river bank populated with dense mangrove trees, he observed thousands of fireflies flashing in unison. Between flashes, the mangrove trees were in complete darkness. He recorded this enigma in the Science Journal Magazine in 1917 with the words, “Some twenty years ago I saw, or thought I saw, a synchronal or simultaneous flashing of fireflies. I could hardly believe my eyes, for such a thing to occur among insects is certainly contrary to all natural laws.”

The fireflies of Siam caught the attention of famed biologist, Hugh M. Smith, a few decades later. His report in Science Magazine detailed the phenomenon as synchronous flashing, hour after hour, night after night, for months, with no regard for the weather. In the 1960’s, similar fire fly behaviour was observed a few continents away, in Africa.

A few centuries prior, in the year 1666, Dutch scientist Christian Huygens who invented the grandfather pendulum clock, noticed similar synchronized behaviour. The subject of his observation weren’t fireflies but the very clocks he had invented. One day, Huygens set into motion the pendulums of clocks of different shapes and sizes at different times. He left the room soon after, only to return the next day to witness that all the clocks were locked in step. He repeated the experiment a few times to the same end; the clocks would, over time, begin to move in sync. He defined this strange behaviour as “odd sympathy”. Many studies, papers and experiments later, this ‘odd sympathy’ was rechristened ‘Entrainment’.

What Laurent, Smith and Huygens observed, centuries apart, is the rhythm of the vibrational field at work and its inherent capacity to entrain. Entrainment is the tendency of a vibrational body of a stronger resonance to influence another in its field to resonate at the same frequency.

Everything in the universe – animate and inanimate – is connected in a mammoth matrix of energy vibrating at different frequencies to form different states of matter. What we see as solid and impenetrable is nothing but particles vibrating at a particular frequency, and these particles communicate with and influence each other. We are not as insulated or isolated from each other as we believe.

We see examples of entrainment all around us. The lunar cycles entrain hormonal cycles. Our breath entrains our heart, digestive and respiratory system. Light entrains our circadian rhythms. People will unconsciously mimic the behaviour and mannerisms of the dominant members of their social circle. Women who share a room will notice that their menstrual cycles synchronize with one another’s. People walking together will gradually fall in step.

In 1831, as a battalion of soldiers marched in step across a suspension bridge in England, it fell apart leading to dozens of men falling into the water below. Even though structures like bridges appear solid and immovable, they are vibrating at their own natural resonance. When a force is applied to an object at the same frequency as the objects natural frequency, it will amplify the vibration of the object. This phenomenon is called mechanical resonance. In the case above, the soldiers marching in unison created a vertical force with the rhythm of their matched steps. This frequency was closely matched to that of the bridge, and the rhythm of their marching boots amplified the vibrational frequency of the bridge till it came undone from the movement. It is now a common practice for soldiers to ‘break stride’ near a bridge in order to prevent a similar incident from transpiring.

In his book, Chakra Frequencies: The Tantra of Sound, Jonathan Goldman illustrates the intermeshed landscape of the vibrating universe through an experiment involving a group of people seated by the ocean, while a cassette player recorded the sound of the water body.

During the first phase of the experiment, the group meditated and silently projected kind and compassionate thoughts. Next, a new cassette recorded the ocean as the same group projected thoughts of anger. In the final phase, the group left the scene and only the sound of the ocean, without anyone around, was recorded on a new tape.

Long before modern science accepted the universe was made up of vibration, spiritual traditions across the world preached about the interconnectedness of the universe we inhabit. In fact, the idea of the “oneness” of all existence is at the very core of the subject of spirituality and is extremely in tune with the concept of entrainment.

My personal experience with entrainment transpired when I met my Guru for the first time. I was going through a personal crisis and was in the throes of despondency. I knew very little about the spiritualist whose advice I came to seek or the extent of his spiritual prowess. But I found a strange sense of comfort in his words and presence. By the time I left the room after our short meeting, I felt better than I had in the days preceding the fateful encounter. I noticed this phenomenon repeat itself over the years in not only my life but also in the lives of many of the people associated with him; his presence would energize us no matter what our circumstance or setting. It was much later that I realized we were all experiencing a form of ‘spiritual entrainment’. Our lower vibrations were trying to match the resonance of our Guru, who was vibrating at a much higher level of consciousness.

Spiritualists use the principle of entrainment effectively during spiritual healing. A spiritual healer based out of Mumbai, India, practices healing by meditating upon the photographs of the people who come to her spiritual mentor to request for his help. One night, after she had finished her chores for the day, the healer spent 20 minutes meditating upon the photograph of Priya (name changed), a middle aged woman who was suffering from acute lower back pain. The next day, Priya telephoned the healer to report a strange tingling sensation all over her back the night before. Little did she know that it was around the same time that healing vibrations were being transmitted to her by someone who lived 20 kilometres away!

The science behind entrainment is also closely linked to the law of energy conservation.  We expend less energy when we work in harmony with another being or beings. It is quite common for people to come together to chant sacred hymns or mantras. Chanting backed by the collective and synchronized intent is known to produce astounding results.

The use of instruments, such as singing bowls or tuning forks, for vibrational healing, is also a method of entrainment. According to Vedic (ancient Indian) scriptures, the practice of chanting mantras can elevate one’s consciousness by aligning oneself with the frequency of the mantra being chanted. The mantra Om, is said to be the vibration of the universe. Scientific studies have proven that chanting Om, or having Om play in the background (even if it is not audible!), has calming and healing effects on the body and mind.

The universe is designed to work in sync; to entrain. Synchronicity is a founding principle of the natural world. We can achieve better results with the use of lesser energy when we work together; we can thrive in unison. Entrainment merely reiterates a fundamental principle of spiritualism – we are as responsible for ourselves as we are for others, for in the well-being of all, lies our own.

HINGORI is an author of spiritual books under the series ‘Hingori Sutras’. His books chronicle his personal journey of transformation and are full of real-life experiences and spiritual insights. Born and brought up in Mumbai, Hingori’s interests lie in sharing his spiritual knowledge with those who have desired to acquire it. He shies away from self-glorification, since he believes it is more detrimental than beneficial to the efforts of any spiritualist whose prime focus is the sharing of spiritual realisations. Therefore, he has taken the selfish route of staying anonymous. Besides, as he says, “My thermometer shows that the climate under the pedestal is cooler than under the limelight” 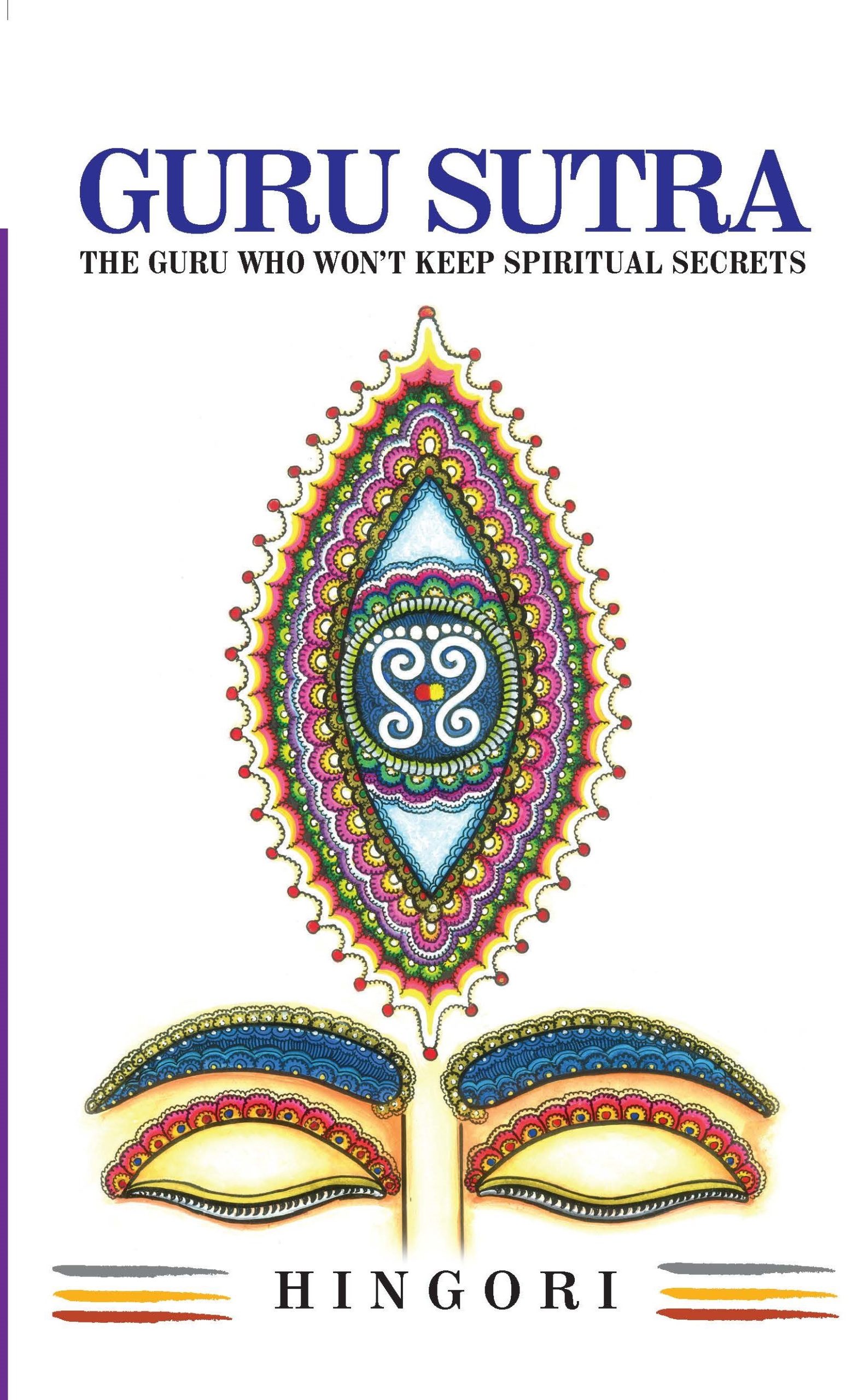