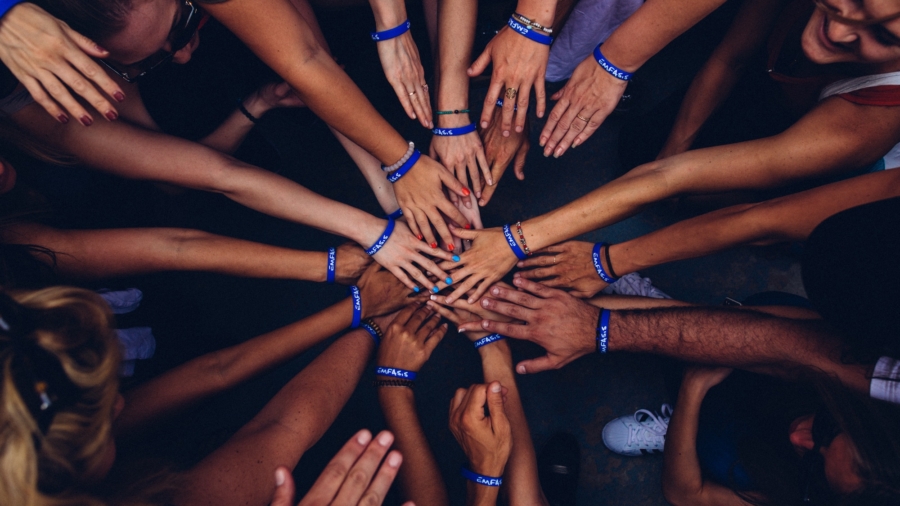 “Empathy isn’t just listening; it’s asking the questions whose answers need to be listened to. Empathy requires inquiry as much as imagination. Empathy requires knowing you know nothing. Empathy means acknowledging a horizon of context that extends perpetually beyond what you can see”.
― Leslie Jamison

The word ‘empathy’ is often used in many of our conversations. However, empathising with others in our day-to-day life is no easy task. Despite being a sincere spiritualist, I often erred by finding faults with people I met, including my spiritual batch-mates and associates. It is the way I looked at things; I instinctively assessed the rights and wrongs.

Saturn, astrologically the most feared planet, decided to teach me a lesson in understanding the value of empathy. Being bedridden for over two months gave me time to re-examine many of my personal philosophies. (I was experiencing a brief period of perceived negative effects of the movement of Saturn in my horoscope). I was struck by a thought that I should reflect the ‘inside-outside’ and the ‘outside-inside’. Simply put, I realised I should forgive others if I wanted to forgive myself.

Always looking at others’ shortcomings, I constantly saw my own and was unable to see the light within. How can you see divinity within, if you see yourself as flawed all the time? When you care for others, caring for yourself comes naturally. Someone who is in the habit of admiring others should not miss out on admiring himself, reflecting the ‘inside-outside’ and vice versa. I found it necessary to alter a quotation from the Bible, “I needed to do unto others as I would do unto myself”.

It is technically difficult to place blame for how people think and behave when you understand and accept that people need to play out their karma and live their pre-programmed destinies. People are what they are programmed to be, consequently reflecting the attributes of their gunas*. I counseled myself to started looking at people with a different perspective. If sometimes, they behaved in a certain way to attract attention, instead of seeing this as a flaw, I started seeing this as a part of their nature which I needed to accept.

When my son behaved the way he did – being pleasure-driven, burning the candle at both ends – I realised it was his age to do so. This was the period of his destiny he had to live out. The planetary effects did not allow hard work, commitment, seriousness, or sincerity. On the contrary, they encouraged callousness, casualness, and the constant desire for fun and merry-making. I had a choice – I could hate his errant behaviour and hold it against him, or I could empathise and accept him as he was and expect him to change over time. I had to be patient. Consequently, my relationship with him changed. He tries as much as he can, but not as much as I would like him to. I empathise with his state of being’ and I empathise with myself because I cannot make him do things the way I would like him to. I am confident that in time he will overcome his meandering ways and come to terms with himself. He has been given the ingredients of success, and blossom one day they will.

I am no longer surprised at people who do not behave the way they should. Earlier, I would think they do not have a balanced mind or are reactive and immature. I would look down at them as if they were lesser mortals. With my current understanding of empathy, I realized that the circumstances vary for each of us. I should not try to impose my personal attitudes upon others.

Earlier, every time I went to a social gathering, it was a form of mental torture for me. People around me would try to sound so profound about trivial things; discussing things that meant nothing to me, and possibly neither to them. An entire evening would be wasted with meaningless conversations that left me frustrated. Today, I realise it was not the fault of the people I socialised with, but my own for not being empathetic enough to realise that my journey was different from theirs. Now, I can attend a social gathering and talk Greek in good English!

Many years ago, I chanced upon an old newspaper carrying an interview of Mr. J.R.D. Tata. I held the man in high esteem, as he was a kind-hearted Indian industrialist, generous, charitable, and non-egoistic, unlike so many others. It quoted him as saying, “Many times we are disappointed with people who work for us because we expect them to think and behave the way we want them to”. He also learnt to lower his expectations of the people who worked with him. He found it easier to deal with them when he adopted that attitude. He is regarded, almost universally, as one of the most successful people in India. I remembered the quote, but it took me some time to be able to put it into practice.

Sneh, a young friend, admits that while tending to sick people in the past, she felt they fussed a lot. However, when she was bedridden for days with a back problem, she understood the value of empathy. Now, whenever she comes across someone who is unwell, it is easy for her to empathise and take care of them; a great learning at the age of 26.

Gurudev, my spiritual mentor, was the king of empathy. The fact that he accepted and converted a bunch of carefree people like us into spiritualists, took some doing. There were times, during the learning process, when I made silly, selfish, and amateurish statements. I recollect how he tolerated and motivated us, despite our failings. He believed human beings make hundreds of mistakes a day, but should learn to accept them and move on. He would say, “Malik tera bhala kare” (may the consciousness supreme do you good).

After meeting and spending time with him, I unwittingly started comparing myself with him. Naturally, I was a loser. I saw myself as raw, selfish, complex, and unenviable. I lost confidence and perceived myself to be a fool; a well-manicured fool. On the other hand, he always said, “I know what you are and so will you. You have gyan (knowledge) and one day you will share it. You will write a book on it”. I knew nothing. How could I even think of such a venture? These were just kind words, I thought.

He did not give up and would often say, “A horse gives birth to a horse”; “A son (disciple) of a guru will be a guru”. That made sense, but when? His confidence in us eventually turned us around. His empathy helped in our reconstruction. By following his path, we realised our self-worth. I wrote a book. In fact, I wrote more than one. Sharing what I have learned with others has become a mission. But I can never forget the transformative power of his encouragement and his empathy.

* The three gunas (tamas, rajas and sattva) are the subtle energies through which our mind and deeper consciousness function. It is important to harmonise the interplay of three gunas within oneself.

Hingori is an author of the Hingori Sutras series of spiritual books. The piece above is an extract from his book Aatma Sutra – Unveiling the Soul.