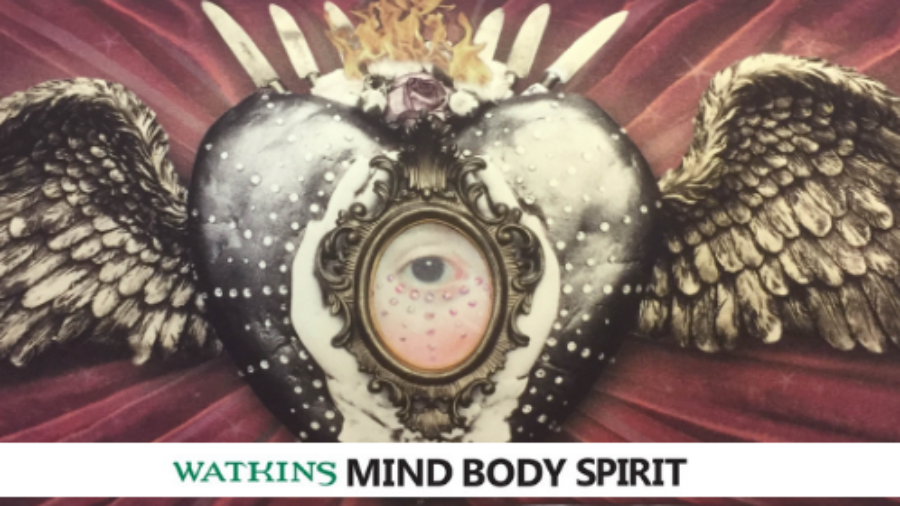 by Leah Russell
with no comment
Misc.SpiritualityYoga and Meditation

I didn’t understand a lot of what was going on around me as a kid back in New Zealand, but looking back now I realize that my early days were very different from my mates.

To say that my parents were unconventional would be an understatement: my Mum was a professional musician and Dad was an exorcist and esotericist. There were a lot of meetings where adults would talk about incomprehensible spiritual matters and conspiracy theories. We used to play a lot of games together as a family, and a favourite was practicing telepathy. Apparently I was a good ‘receiver’. My father had a side job getting rid of malevolent spirits so I grew up in a household that believed in spirits, ghosts, aliens and a host of other stuff as fact. That doesn’t mean that I believe in every kooky thing that crops up, but I would say that my tolerance to the possibility of metaphysical mysteries in this great multiverse is pretty high. I’m very open-minded but I don’t believe in much actually, I kind of sit on the fence on most metaphysical issues – I like it there. I don’t feel like the world needs another opinion about what is true and what is not true, real or not real – more intolerant myopia. The only things that I have a strong belief in are the necessity to express our love to one another, kindness, compassion and looking after the planet, the rest are just details.

When I was a teenager, I left New Zealand and went to live in London. I only ever had one ‘normal’ job in my life and that was working in a crystal shop on the way to Kew Gardens selling Astro charts, runes and stoney wonders. My boss was called Jungeleyes Love and every day was one kind of weirdness or another. I fitted right in. After my stint in the crystal shop I spent the next 10 years singing and travelling the world with the vocal group Mediaeval Baebes. It was such an amazing experience even though I was (and still am) petrified of performing. It was an incredible opportunity to travel with my best friends, singing in some of the most beautiful venues in the world. We’ve sung in cathedrals and palaces, but some of our best gigs were in beer-soaked, graffiti-ridden, rock and roll dives.

Towards the end of my time with the Mediaeval Baebes, I had a life changing experience. When I gave birth to my first daughter I nearly died. It was very close. I was bleeding out after an emergency caesarean and received 11 pints of blood whilst the doctors desperately tried to find the source of the bleed. Coming so close to death changed everything. This new and intense love for my baby combined with the very real understanding that we can’t waste this life because it can be over all too soon. It lit a fire under me and gave me the courage to pursue my dreams. I really wanted to move out of London, and, being married to a Swede, Sweden was a natural choice. At the time, my big dream was to open my own shop, which I did shortly after moving, and eventually I launched my own brand of home textiles in 2009.

My design style often features skulls combined with flowers and hearts – motifs of love, hope and death, and perhaps an expression of my brush with death. For me, skulls are a reminder to live now and to not waste time. They are a positive thing. I like my skulls to be beautiful and I often mix edgy, hard elements with softer, more romantic elements. I like strange and unexpected combinations. I also often hide esoteric messages in my designs, just for fun. 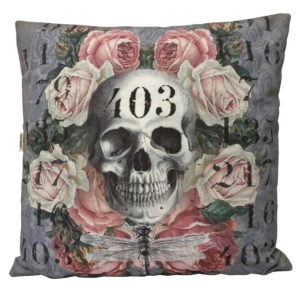 Something weird has happened to me in the last couple of years though, a kind of awakening. I looked around the world and I saw a lot of things I didn’t like. Companies destroying the environment to make a quick profit; people using plastic for five minutes before leaving it to lurk around for hundreds of years (maybe strangling a few turtles on the way); general wastefulness and destructive behaviour; cruelty in animal food production; people stuck in the poverty trap; so many things… I thought, what if I started to live by my principles? What if, instead of complaining about all the stuff I don’t like, I start to live more ethically and by extension, make my business more ethical and environmentally friendly? I also wanted to help women in the developing world, so I now donate 5% of all the sales through my website to an NGO in Tamil Nadu India that provides financing and support to women to help get them set up in business. From a personal point of view I express my views as a conscious consumer, so I don’t buy from companies with exploitative practices, I don’t eat animals and I try to live as ethically as I can. It’s a learning curve and I see ways to make small differences every day. If the only power I have is how I run my business and spend my money, I will use that power to its fullest. Lots of people are doing that and awareness is growing, which is why we are slowly beginning to see some real positive changes. 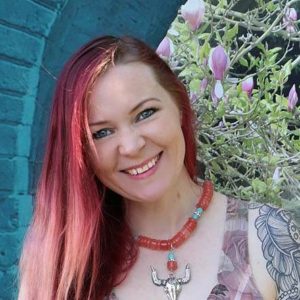 I’m Rachel Van Asch, the designer of all you see here… Sometimes my designs are colourfully playful, sometimes darkly desirable – but always a little bit bonkers. I’ve been running the Van Asch label since 2008 shortly after moving to Sweden. My life has been all sorts of weirdness from the get-go – in my previous life, I designed mediaeval gothic clothing and toured the world singing with the all female vocal group Mediæval Bæbes. Van Asch provides sustainable style for free spirits, and your happiness is our goal, along with world peace and other such noble desires.

“We love that you see the world differently… We know you want to help make the world a better place… so let’s do that together!”
“Van Asch Sustainable Style … Make a Statement & Make a Difference”