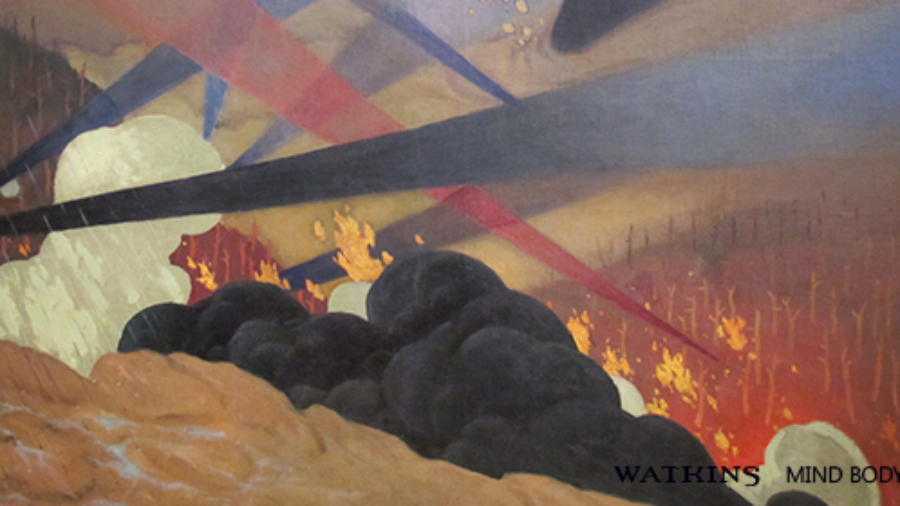 A little-known but not quite secret archive in Cambridge has been used extensively by author Dr Leo Ruickbie for his new book about the First World War. Kept in specially controlled conditions in Cambridge University Library, the archive contains an assortment of bizarre objects, such as spirit trumpets and a sample of ectoplasm – the mysterious secretion said to come from spirit mediums – as well as letters and papers documenting uncanny experiences during the First World War. One of these will already be familiar, the famous Angels of Mons case, but few know that it was a Cambridge woman who solved the mystery.

An elected member of the Royal Historical Society, Dr Ruickbie used the archive during research for his new book Angels in the Trenches, which looks at spiritualism, superstition and alleged supernatural events during the Great War. The centre-piece of the book is the case of the Angels of Mons, the alleged spiritual intervention during the Battle of Mons in 1914 when the British Expeditionary Force found itself outnumbered and outgunned by the vast German war machine. 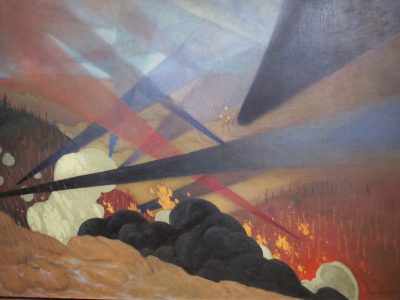 Cambridge’s Parapsychologists
Cambridge grandees also feature prominently in the book. The Society had been established by distinguished Cambridge scholars – Henry Sidgwick, professor of moral philosophy at Trinity College, Cambridge, Frederic Myers, a former Fellow of Trinity College and lecturer in Classics, and Edmund Gurney, also a Fellow of Trinity College. During the First World War, Henry Sidgwick’s wife Eleanor, a noted mathematician and Principal of Newnham College, Cambridge, was one of the Society’s leading lights and whose pivotal role is still largely unappreciated. But the greatest role during the First World War would be played a fresh Cambridge graduate in her early twenties.

Newnham Girl Solves the Angels Mystery
The Angels of Mons case grew out of a controversy involving the Welsh writer Arthur Machen, who claimed to have invented the incident for a story published in a London newspaper. Soon, however, reports began coming in from soldiers who claimed to have seen the angels themselves. Often told second or third hand, these stories nonetheless inspired the nation with the belief that God, through his ministering angels, had intervened in the war and, significantly, had shown His support for the British.

The Society asked its young Research Officer, Helen Verrall, to investigate. The daughter of Arthur Woolgar Verrall, the first King Edward VII Professor of English Literature at Cambridge University, and Margaret, a Classics lecturer at Newnham College, she herself had graduated from Newnham College only a few years earlier. Helen now found herself dealing, not just with the  complicated question of the reality of paranormal experiences, but also with an issue of national concern, belief in which had almost become a patriotic duty.

Secrets in the Archive
The papers dealing with her investigation are now in the Society for Psychical Research’s archive in Cambridge. Kept in a neat blue box in climate controlled conditions in Cambridge University Library, they had not been carefully examined since being packed up more than a hundred years ago. Virtually unknown and rarely visited, the archive is not open to the public and, even if the public did go there, the handwriting of a hundred years ago is difficult to decipher. 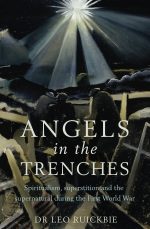 In Angels in the Trenches, Dr Ruickbie takes the reader through Helen’s investigation and the conclusions she comes to, as well as following the stories of young men, some of them relatives of Helen’s, who went to war, only to return in the séance room to comfort grieving parents.

About the author: Dr Leo Ruickbie specializes in controversial areas of human belief and experience. An elected member of the Royal Historical Society with a PhD from King’s College, London, he is the author of six books on the history and sociology of witchcraft, magic and the supernatural. His work has been mentioned in the media from The Guardian to Radio Jamaica, and is cited in the current student book for A-Level Sociology in the UK. He is also the editor of the Paranormal Review, the magazine of the Society for Psychical Research, and can be found at www.ruickbie.com.