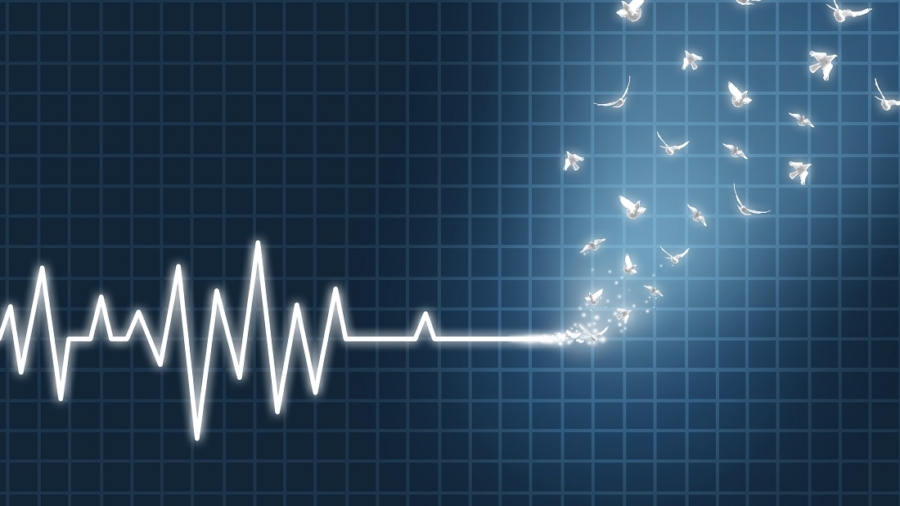 Of course we all know we’re going to die at some point. Of course we know that in the modern western world we have a pitiful understanding of what death is, which is what leads us to have such a collective blind-spot about it. We daren’t talk about it, we have only vague notions of what it means, and we mourn our loved ones with unmitigated fervour.

As to those who do consider the issue of the afterlife, those who lean towards the increasingly popular nondualist view hold that on death the illusion of individuality is dispelled. Yet surely the continued existence of the huge numbers of spirits on ‘the other side’ who have been channelling information back to us since time immemorial – some of whom I use as sources for this book – is of itself proof against such a view. Similarly, the idea that our passing suddenly makes us somehow wiser and quite different from our human selves. Our discarnate friends are unanimously scathing about such ideas. Here are just a couple of examples:

When the soul leaves the body it remains exactly the same as when it was in the body… it retains the mind, knowledge, experience, the habits of thought, the inclinations; they remain exactly as they were… Individuality is not eliminated, but rather accentuated… There is no breach or break in the continuity of individual existence.

It is folly to think that because we swapped our physical bodies for spiritual ones we automatically have achieved oneness with God.

Yet even amongst those modern authors who do accept the idea of an afterlife where individual spirits continue their consciousness journey, too many still think that referencing such works as The Tibetan Book of the Dead is the height of wisdom – when of course such ancient tomes are deliberately written in language that is totally obscure and impenetrable. Having said that some other modern authors have made attempts to lay out some sort of more digestible guide to the afterlife. So why do we need another one?

The fact is that never before has anyone attempted to pull together such a huge variety of relatively modern evidence describing the nature of the afterlife planes and their conditions. Nor has a modern author ever had the audacity to present a state-of-the-art schema of what are typically portrayed as the seven planes of consciousness that is not only understandable to ordinary people and doesn’t rely on obscure language that takes years to study – unlike, for example, the theosophical and Qabbalistic models that still predominate – but is also based on pulling together the reports of a huge number of first-hand sources, and attempting to arrange them into some sort of consistent model. This is made all the more difficult because the afterlife is a hugely individual experience, just as our life on earth. Yet, after they have been properly sifted and presented, the incredible consistency of the accounts we now have available from various sources from the last century and a half is absolutely stunning and pretty conclusive.

What are these sources? They are mainly two-fold. First, channelled reports from ordinary people who have passed over and reported back on their experiences for the benefit of humanity generally – often via mediums using automatic writing and similar methods. There are huge number of such sources, many dating back to the early and mid twentieth century, and some were well-known in their day but have been almost completely lost to the modern world. These include the afterlife accounts of Julia Ames reporting via the medium William Stead; Franchezzo via A Farnese; various departed spirits via Emily French; Henry Lanchester via John Ward; David Patterson Hatch via Elsa Barker; Robert Benson via Anthony Borgia; Frederick Myers via Geraldine Cummins; TE Lawrence (of Arabia), Andrew Sherwood and others via his wife Jane; Philip Gilbert via his mother Alice; Frances Banks via Helen Greaves; Arthur Ford via Ruth Montgomery; ‘John’ (anonymously channelled); and Arthur Sandys and others via his wife Cynthia. Yet they’re corroborated by a smaller number of more modern channelled sources, such as Erik Medhus reporting via Jamie Butler; and Billy Cohen via Annie Kagan.

What is even more interesting is that they’re also corroborated by our other main source, which is modern pioneers who have learned to deliberately and repeatedly take their consciousness ‘out-of-body’ (OOB) and to explore the other planes – which are exactly those we’ll all inhabit after death. Again there are now a large number of such pioneers dating from as early as the first part of the twentieth century – with the notable exception of Emanuel Swedenborg who was writing lucidly about such things right back in the eighteenth century – such as Charles Leadbeater, Annie Besant, Vincent Turvey, Swami Panchadasi (aka William Walker Atkinson), Yram (aka Marcel Forhan), Caroline Larsen, Gladys Leonard, Oliver Fox (aka Hugh Callaway), Peter Richelieu, Frederick Sculthorp, Robert Monroe, Vee Van Dam and Stylianos Atteshlis. What is more, while again many of their books are virtually unknown to us now, their work is also corroborated by more modern pioneers such as William Buhlman, Bruce Moen, Rosalind McKnight, Graham Dack, Albert Taylor, Gordon Phinn, Waldo Vieira, Jurgen Ziewe, Robert Bruce and Frederick Aardema.

A third and somewhat less reliable source is near-death-experience (NDE) survivors – less reliable only because such people only visit the afterlife planes once and, with such an overwhelming experience, their interpretations can be extremely subjective. That is not to say, however, that sources such as Dannion Brinkley, Mellen-Thomas Benedict, Bettie Eadie, George Ritchie, Howard Storm and Eben Alexander don’t have anything useful to report – they do, especially if their experiences are filtered through the lens of the first-hand accounts of other, more experienced astral travellers.

All these reports show an incredible consistency, irrespective of the date or type of source.

The book itself is divided into five parts:

Part 1 provides the evidence for why the existence of the afterlife is an inescapable fact, including modern scientific views of the ‘hard problem of consciousness’, and evidential cases of human consciousness operating separately from the physical brain from the spheres of mediumship, remote-viewing, NDEs and OOBEs.

Part 2 looks at the big picture, and tackles contextual questions such as whether there are multiple universes, holograms or ‘versions of the experience game’, whether our human experience is different from others, and what we really mean by phrases such as physical and out-of-body. It also lays out the ‘astral routemap model’ in outline, comparing it to the theosophical schema (see Figure 1).

Part 3 covers the ‘planes of confusion, delusion and obsession’, with vivid accounts of spirits trapped in the near-earth and lower astral planes, of the various hells both self-imposed and collectively created, and of the fate that can await those who refuse to countenance any possibility of an afterlife. It also discusses the extensive help available from higher realms in terms of rescue and retrieval.

Part 4 covers the ‘planes of transition, recreation and illusion’ of the mid astral, which is where the majority of departed spirits find themselves. It describes the sort of healing and acclimatisation required, and the ubiquitous and oh-so-revealing life review, but it also explores the wondrous conditions of this new environment where everything is created by thought, travel is instantaneous, all communication is telepathic, and sound and colour and so on are magnificently enhanced. It describes heavenly homes and cities too, and the almost unlimited scope for pleasurable recreations, before turning to the idea that even these heaven worlds are essentially an illusion – as demonstrated by the huge numbers of departed spirits who, for example, cling to earthly religious beliefs and communities. It also revisits the concept of reincarnation, and asks whether space-time continues to dominate the mid astral sufficiently that departed spirits can get trapped in an essentially illusory cycle of what appear to be consecutive lives.

Finally Part 5 turns to the higher ‘planes of learning, progression and integration’ – that is, what I refer to as the upper astral, mental, superconscious and metaconscious planes. But you’ll have to read the book itself to uncover their wondrous delights.

I feel it’s particularly important that we don’t just concentrate on the wonderful experiences that await us in the afterlife, thereby painting a rose-tinted picture. There are pitfalls for the unwary and unprepared, and to gloss over them would be an abrogation of duty. Most sensible people don’t travel to a foreign country without some preparation and awareness of the risks, and the same ought to be doubly the case with the afterlife. Yet if we are prepared the splendours will make earthly life seem like a pale imitation.

Ian Lawton is a leading spiritual philosopher, who in his Books of the Soul series originated the ideas of Rational Spirituality and of the holographic soul. But since 2013 he has been developing the more radical worldview of Supersoul Spirituality in the Supersoul series. 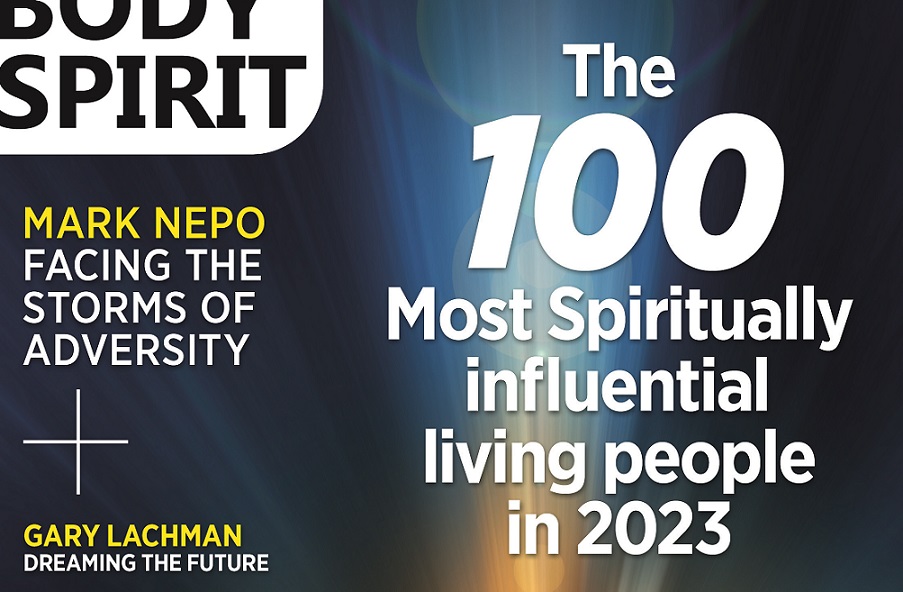