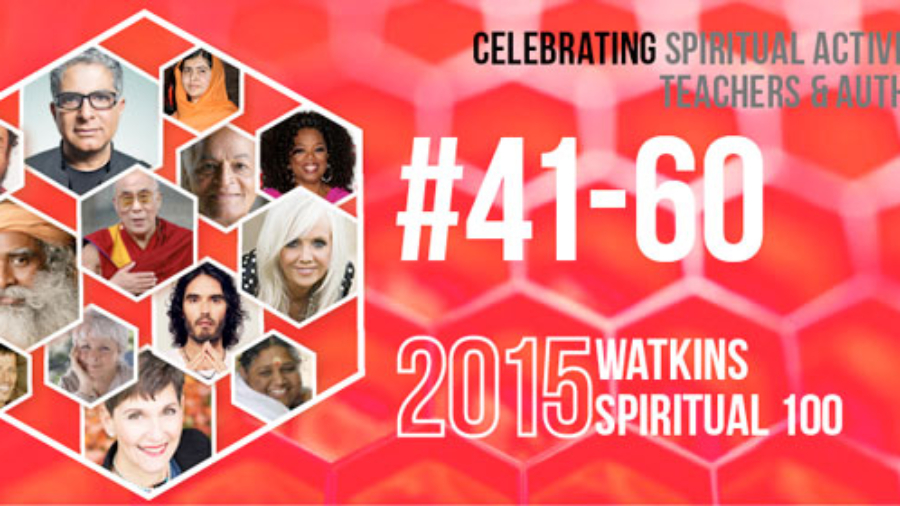 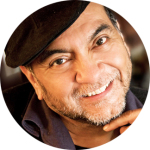 Born in Mexico / 27 August 1952 (Virgo/Dragon) / Author, Teacher and Shaman
Ruiz is the international bestselling author of The Four Agreements which has sold around 4 million copies and was featured on Oprah. His other Toltec Wisdom books include The Mastery of Love, The Voice of Knowledge, and a sequel, The Fifth Agreement. (www.miguelruiz.com) [dropcap]42[/dropcap]Gregg Braden 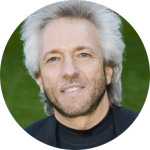 Born 1954 /Author
Braden began his career working with computers for companies such as Cisco; however, for the last two decades he has attempted to bridge spirituality and science. His books include: The Isaiah Effect, The God Code, The Divine Matrix, and Deep Truth. His latest book The Turning Point: Creating Resilience in a Time of Extremes came out in January 2014. (www.greggbraden.com) [dropcap]43[/dropcap]Dan Millman 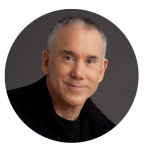 Born in Los Angeles, USA 22 February 1946 (Pisces/Dog)/Gymnast, Teacher and Writer
A former trampolining world champion, Millman is the author of the semi-autobiographical novel, Way of the Peaceful Warrior which was adapted into the feature film, Peaceful Warrior, in 2006. His other books include The Life You Were Born to Live: Finding Your Life Purpose, Everyday Enlightenment: Twelve Gateways to Human Potential, and The Laws of Spirit: Simple, Powerful Truths for Making Life Work. (www.peacefulwarrior.com) [dropcap]44[/dropcap]Brian Weiss 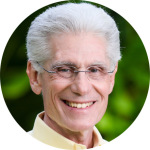 Born in New York, USA 6 November 1944,(Scorpio/Monkey)/ Psychiatrist and Author
A psychiatrist who lives and practices in Miami, Dr. Weiss is a graduate of Columbia University and Yale Medical School. While he hails from conventional medicine, his research focuses on reincarnation, past life regression, future-life progression and survival of the human soul after death. His books include Many Lives, Many Masters, Only Love is Real, and Miracles Happen. A paperback edition of Meditation: Achieving Inner Peace and Tranquility in Your Life was published in January and includes a meditation audio download. (www.brianweiss.com) [dropcap]45[/dropcap]Starhawk 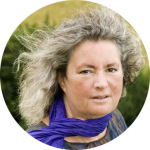 Born in Saint Paul, Minnesota, USA/17 June 1951 (Gemini/Rabbit)/ Writer and Activist
Born Miriam Simos, Starhawk is best known as an articulate pioneer in the revival of earth-based spirituality and Goddess religion. Also well-known as a global justice activist and organizer, she is the celebrated author of The Spiral Dance, long considered the essential text for the Neo-Pagan movement. A film/TV series of her 1993 novel The Fifth Sacred Thing is currently in production and she has now delivered the final draft of the sequel, City of Refuge (www.fifthsacredthing.com). (www.starhawk.org). [dropcap]46[/dropcap] Julia Cameron 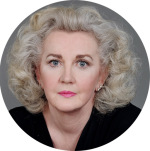 Born in Libertyville, Illinois, USA 4 March 1948 (Pisces/Rat) Artist, Writer
Cameron has been an active artist for more than thirty years. She is the author of more than thirty books, fiction and nonfiction, including bestselling works on the creative process: The Artist’s Way, Walking in This World, and Finding Water. Her latest book The Artist’s Way for Parents: A Spiritual Approach to Raising Creative Children came out in August 2013. Her website includes an online course and artists’ community. (juliacameronlive.com) [dropcap]47[/dropcap] Jack Canfield
Born in Fort Worth, Texas, USA 19 August 1944 (Leo/Monkey)
Motivational Speaker and Author Canfield is best known as the co-creator of the Chicken Soup for the Soul series, which currently has nearly 200 titles and 112 million copies in print in over 40 languages. A paperback edition of The Key to Living the Law of Attraction: The Secret To Creating the Life of Your Dreams came out in March 2014 and a fully revised and updated 10th Anniversary edition of The Success Principles: How to Get from Where You Are to Where You Want to Be was published in January. (www.jackcanfield.com) [dropcap]48[/dropcap] Richard Saul Wurman 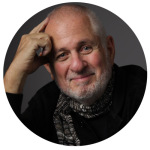 Born in Philadelphia, Pennsylvania, USA / 26 March 1935 (Aries/Pig) Architect, Designer and Conference Organizer
Wurman is an architect and graphic designer, who has written and designed over 80 books. In 1984 he created the TED conference, born out of his observation of a powerful convergence among three fields: technology, entertainment and design. He chaired the conferences through to 2002 and spoke about TED at the 30th anniversary conference in 2014. He also created the TEDMED conference and continues to organize others, including the WWW Conference. (www.wurman.com) [dropcap]49[/dropcap]Daisaku Ikeda
Born in Ōta, Tokyo, Japan 2 January 1928 (Capricorn/Rabbit) Buddhist Philosopher and Peacebuilder
Ikeda is a Buddhist philosopher, peacebuilder, educator, author and poet. He is the third president of the Soka Gakkai lay Buddhist organization and the founding president of the Soka Gakkai International (SGI), which is today one of the world’s largest and most diverse lay Buddhist organizations, promoting a philosophy of character development and social engagement for peace. Clark Strand’s 2014 book Waking the Buddha: How the Most Dynamic and Empowering Buddhist Movement in History Is Changing Our Concept of Religion tells the story of the SGI. (www.daisakuikeda.org) [dropcap]50[/dropcap]Robert Thurman
Born in New York City, USA / 3 August 1941 (Leo/Snake) / Buddhist Writer and Academic
Thurman is Professor of Indo-Tibetan Buddhist Studies at Columbia University, co-founder and president of Tibet House U.S., dedicated to the preservation and promotion of Tibetan civilization, and president of the American Institute of Buddhist Studies, dedicated to the publication of important Tibetan texts. His books include Inner Revolution and Why the Dalai Lama Matters. His latest book written with Sharon Salzberg is Love Your Enemies: How to Break the Anger Habit and Be Much Happier. (www.bobthurman.com) [dropcap]51[/dropcap]Richard Bandler
Born in USA 24 February 1950 (Pisces/Tiger) Author and Trainer
Bandler is best known as the co-creator of Neuro-Linguistic Programming (NLP). He has also developed other alternative psychology and self-help techniques called Design Human Engineering and Neuro-Hypnotic Repatterning. His latest book, How to Take Charge of Your Life: The User’s Guide to NLP, came out in January 2014. (www.richardbandler.com) [dropcap]52[/dropcap]Robert Bly
Born in Lac qui Parle County, Minn., USA 23 December 1926 (Capricorn/Tiger) Poet and Activist
Bly is a poet, author, activist and leader of the mythopoetic men’s movement. He is probably best known for his 1960’s poetry collections Silence in the Snowy Fields and The Light Around the Body and his 1990 book Iron John: A Book About Men, which spent 62 weeks on the The New York Times Best Seller list. In February 2013, he was awarded the Robert Frost Medal, a lifetime achievement recognition given by the Poetry Society of America. His latest book Stealing Sugar from the Castle: Selected Poems, 1950 – 2011 was published in hardback in October 2013. (www.robertbly.com) [dropcap]53[/dropcap]Bruce Lipton
Born in Mt. Kisco, New York, USA 21 October 1944 (Libra/Monkey) Biologist and Writer
Lipton is a developmental biologist, best known for promoting the idea that genes and DNA can be manipulated by a person’s beliefs in his bestseller The Biology of Belief. This was followed by Spontaneous Evolution: Our Positive Future and a Way to Get There from Here. His latest book The Honeymoon Effect: The Science of Creating Heaven on Earth was published in paperback in April 2014. (www.brucelipton.com) [dropcap]54[/dropcap]Stanislav Grof 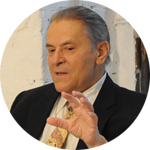 Born in Prague, Czechoslovakia / 1 July 1931 (Cancer/Goat) Psychologist and LSD Researcher
Grof is one of the founders of transpersonal psychology. His research into the use of non-ordinary states of consciousness has led to many insights into the human psyche. He has written over 20 books, including The Stormy Search for the Self, The Holotropic Mind, and LSD: Doorway to the Numinous. His latest book HR GIGER and the Zeitgeist of the Twentieth Century was published in March in an English/German bilingual edition. Grof interprets Giger’s visionary world from the perspective of consciousness research and transpersonal psychology, describing the man behind the paintings and the social relevance of his art. (www.stanislavgrof.com) [dropcap]55[/dropcap]Mooji
Born in Port Antonio, Jamaica / 29 January 1954 (Aquarius/Snake) Spiritual Teacher
Mooji (Anthony Paul Moo-Young), is a direct disciple of the renowned advaita master, Papaji. Since 1999, Mooji has been sharing satsang in the form of spontaneous encounters, retreats, satsang intensives and one-to-one meetings with the many seekers who visit him, from all parts of the world, in search of the direct experience of truth. His new book White Fire: Spiritual Insights and Teachings of Advaita Zen Master Mooji was published in November. (www.mooji.org) [dropcap]56[/dropcap]Ajahn Brahm
Born in London, England 7 August 1951 (Leo/Rabbit) Buddhist Monk, Author, Spiritual Leader
Born Peter Betts, Ajahn Brahmavamso Mahathera is a Theravada Buddhist monk. After studying Theoretical Physics at Cambridge University he travelled to Thailand to become a monk and train with Ajahn Chah. He is currently the Abbot of Bodhinyana Monastery, in Serpentine, Western Australia, the Spiritual Director of the Buddhist Society of Western Australia, Spiritual Patron of the Buddhist Fellowship in Singapore, and working with monks and nuns of all Buddhist traditions to establish the Australian Sangha Association. His new book Don’t Worry, Be Grumpy: Inspiring Stories for Making the Most of Each Moment was published in October. (www.ajahnbrahm.org) [dropcap]57[/dropcap]Mantak Chia
Born in Bangkok, Thailand / 4 April 1944 (Aries/Monkey) / Healer, Writer and Teacher
Mantak Chia is a Taoist master who refers to himself as a teacher, “who helps his students empower themselves through cultivation of their chi energy”. His teachings reinterpret Taoist sexuality in a modern context. His latest book Sealing of the Five Senses: Advanced Practices for Becoming a Taoist Immortal, written with William Wei, was published in January. (mantakchia.com) [dropcap]58[/dropcap]Russell Brand
Born in Grays, Essex, England 4 June 1975 (Gemini/Rabbit)
Comedian, Actor and ‘Force-for-Good’ Russell has had a prolific year, which included an ambitious book called Revolution. Twiggy Garcia of The Guardian said of it: “Brand puts forward a logical and witty argument… in a shifting world where political disillusionment is the norm, Brand offers a hopeful handbook of new ways of thinking.” Not all the reviews were that favourable. He also launched a series of Trickster Tales, starting with a retelling of The Pied Piper of Hamelin. In February 2014, he launched the YouTube series “The Trews: True News with Russell Brand” in which he “analyses the news, truthfully, spontaneously and with great risk to his personal freedom”. By December, over 200 episodes of “The Trews” had been published on the channel. In January, he shared a photo of himself reading a book about Amma and within days had joined her at her ashram in southern India. (www.russellbrand.com) [dropcap]59[/dropcap]James Redfield
Born in Birmingham, Alabama, USA 19 March 1950 (Pisces/Tiger) / Writer
Redfield is best known for The Celestine Prophecy, which he self-published in 1992. He also produced and co-wrote the screenplay of the movie, which came out in 2006. His latest book, The Twelfth Insight, was published in paperback in 2012. (www.celestinevision.com) [dropcap]60[/dropcap]Caroline Myss
Born in Chicago, USA 2 December 1952 (Sagittarius/Dragon) Teacher and Author 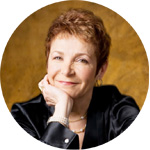 Myss is described as a medical intuitive and mystic. She is the author of numerous bestsellers, including Anatomy of the Spirit, Why People Don’t Heal and How They Can, Sacred Contracts, Entering The Castle and Defy Gravity. Her latest book Archetypes: A Beginner’s Guide to Your Inner-net was published in paperback in December 2013 and an audio book with Sandra Joseph, Your Creative Soul: Expressing Your Authentic Voice, came out in June 2014. (www.myss.com) 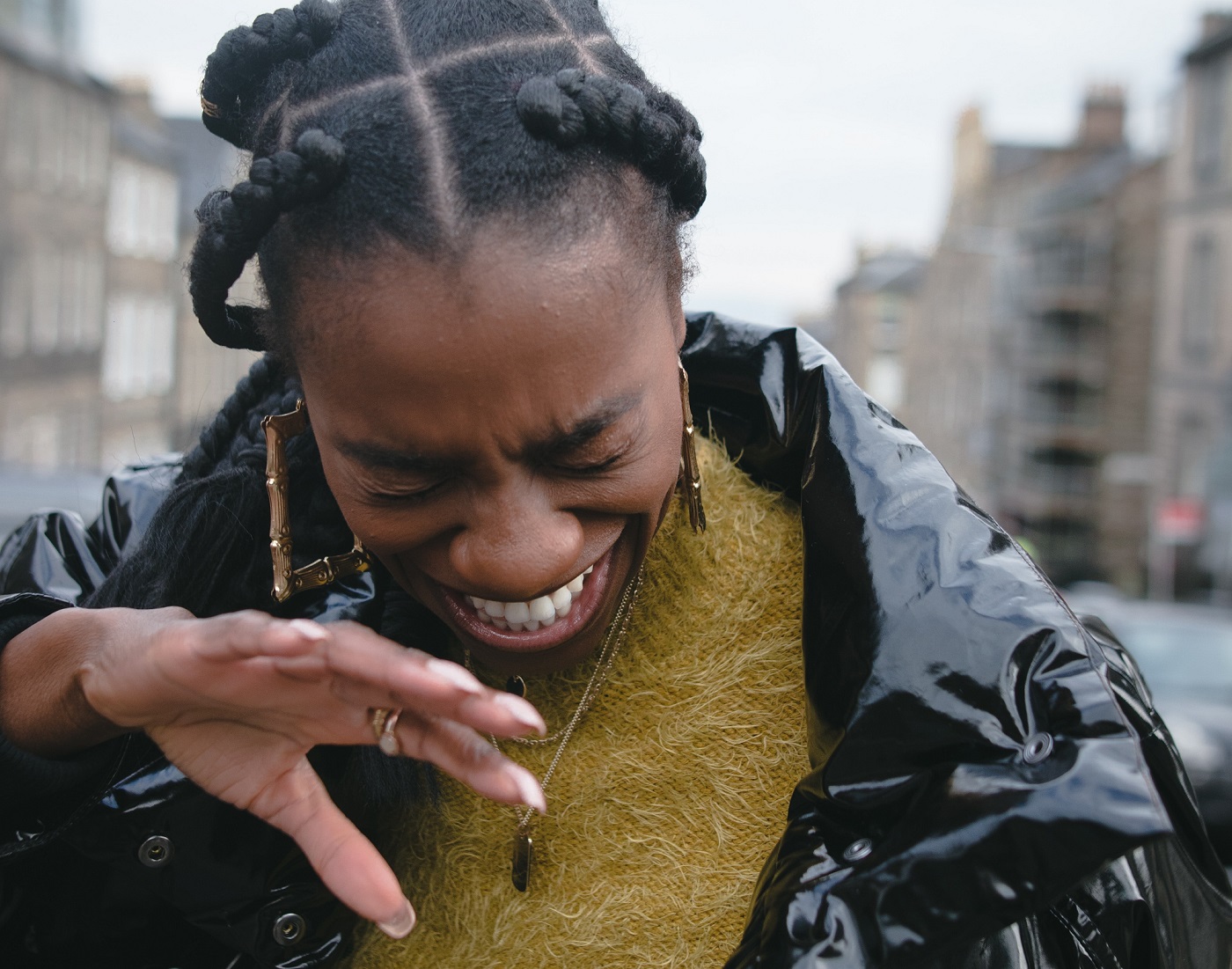