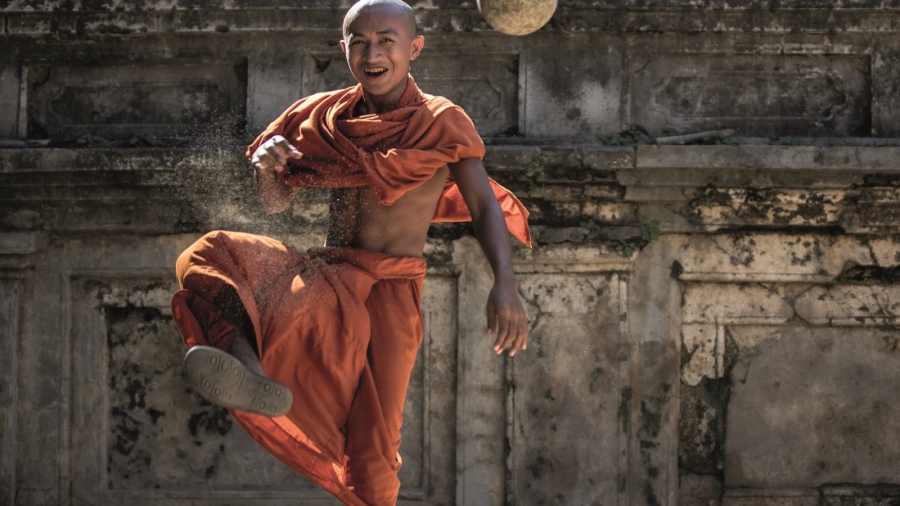 Never before has any civilisation had access to almost all the world’s spiritual practices. In major cosmopolitan cities it is now possible to attend rituals from a wide range of religious traditions, to learn to meditate, to practise yoga or chi gong, to take part in shamanic practices, to explore consciousness through psychedelic drugs (albeit illegally in most places), to sing and chant, to participate in a wide range of prayers, to learn martial arts and to practise a bewildering array of sports.

Never before has any civilisation had access to almost all the world’s spiritual practices. In major cosmopolitan cities it is now possible to attend rituals from a wide range of religious traditions, to learn to meditate, to practise yoga or chi gong, to take part in shamanic practices, to explore consciousness through psychedelic drugs (albeit illegally in most places), to sing and chant, to participate in a wide range of prayers, to learn martial arts and to practise a bewildering array of sports.

All these practices can take us beyond normal, familiar, everyday states of consciousness. They can lead to experiences of connection with more-than-human consciousness, and a sense of a greater conscious presence. Such experiences are often described as spiritual.

At the same time spiritual practices are being investigated scientifically as never before.  In my new book, Ways to Go Beyond and Why They Work, I discuss seven of these practices – sports, learning from animals, fasting, spiritual openings through cannabis and psychedelics, prayer, holy days and festivals, and being kind. Here I touch on just three of these areas of practice.

The Spiritual Side of Sports

Most people do not think of sports as spiritual practices; they seem supremely secular.  Yet in modern societies, sports may be one of the most common ways in which people experience the self-transcendence that can come through being in the present. A meditator may find his mind wandering and only occasionally come back into a full sense of presence, but a football player in an important match is completely in the present, or else he is out of the game.  Someone skiing downhill at sixty miles an hour has to be completely focussed, as does a surfer on a gigantic wave, or a free climber on a rock face with no ropes.

Michael Murphy, who co-founded the Esalen Institute in California in 1962, was among the first people to point out that sports are one of the most common ways in the modern world in which people experience altered states of consciousness, and even mystical experiences.

In his book The Psychic Side of Sports, co-authored with Rhea White, he documented many experiences of sportspeople and athletes that suggested the existence of telepathy between team members, out-of-body experiences, extraordinary feats of strength, and altered states of consciousness. He showed that sports and religion have many features in common:

In most religious teachings it is said that no lasting realization can be achieved without many years of steady practice…. Many athletes make that kind of commitment to their sport, at least for a part of their lives. The spiritually evocative elements we have discussed – long-term commitment, sustained concentration, creativity, self-integration, being in sacred times and place, and stretching to the limits of one’s capacity – are common to both sport and religious discipline. Those similarities between the two kinds of activity often lead to the same kinds of experience.

An avid rock climber, whose day job was as a professor of physics, told me, ‘It is as if my memory input has been cut off.  All I can remember is the last 30 seconds, and all I can think ahead is the next five minutes.’ The racing driver Jochen Rindt said that when driving, ‘You completely ignore everything and just concentrate.  You forget about the whole world and you just….are part of the car and the track…. There is nothing like it.’ A professional swimmer said, ‘When I’ve been happiest with my performance, I’ve sort of felt one with the water and my stroke and everything.’

Psychedelic Experiences as Rites of Passage

In traditional cultures around the world, there are a series of rites of passage, including those associated with birth, young people passing from childhood to sexual maturity, and marriage.  These rituals often symbolise a process of death and rebirth. The people being initiated die to their old role in society, pass through a dangerous or frightening period with new and sometimes visionary experiences, enter the spirit world, and then return to the world of adult men and women.  As I discuss in my previous book, Science and Spiritual Practices, some of the rites may have induced actual near-death experiences (NDEs).

Near-death experiences are commoner today than ever before thanks to coronary resuscitation and modern medicine. Those who have them often experience going out of their body, passing through a dark tunnel, and entering a realm of light and joy, where they encounter loving beings. Then they come back again. These experiences often transform people’s lives and reduce their fear of death.  They feel they have died and been born again.

Some psychedelic experiences are like near-death experiences.  Stan Grof, a psychiatrist whose early research took place in his native Czechoslovakia during the Communist period, and later in the United States, studied the responses to LSD by more than 2,000 people.  One of his most interesting findings was that this drug could ‘induce, without any specific programing and guidance, profound death-rebirth experiences, and facilitate spiritual opening.’ Grof thought that some of these experiences reflected a deep archetypal but unconscious memory of the process of being born. In this birth-process model, as the uterine contractions begin there is a feeling of being trapped in a dark and menacing world which leads to a struggle as the baby starts its passage along the birth canal.  As it passes through this dark tunnel it can see light at the end and finally emerges into the light. Grof found a similar sequence in many people’s experiences of LSD.

In all traditions, fasting has been experienced as an aid to prayer; in some traditions it is believed to make prayers more powerful. Similarly, fasting to death can be done in a secular spirit as a way of hastening the end of a terminal illness, or as a spiritual practice, as in the Jain santhara. But often these secular and spiritual aspects of fasting go together.  Even if a person’s motive is to promote physical health, the fast may bring about a new kind of mental clarity and self understanding, with unexpected spiritual benefits.  Conversely, people who fast for spiritual reasons are likely to enjoy better physical health.

Rupert Sheldrake, Ph.D. is a biologist and author of more than 85 scientific papers and 12 books, including The Science Delusion and Science and Spiritual Practices. He was a Fellow of Clare College, Cambridge and a Research Fellow of the Royal Society, and is now a Fellow of the Institute of Noetic Sciences, in Petaluma, California, and of Schumacher College, in Dartington, Devon.