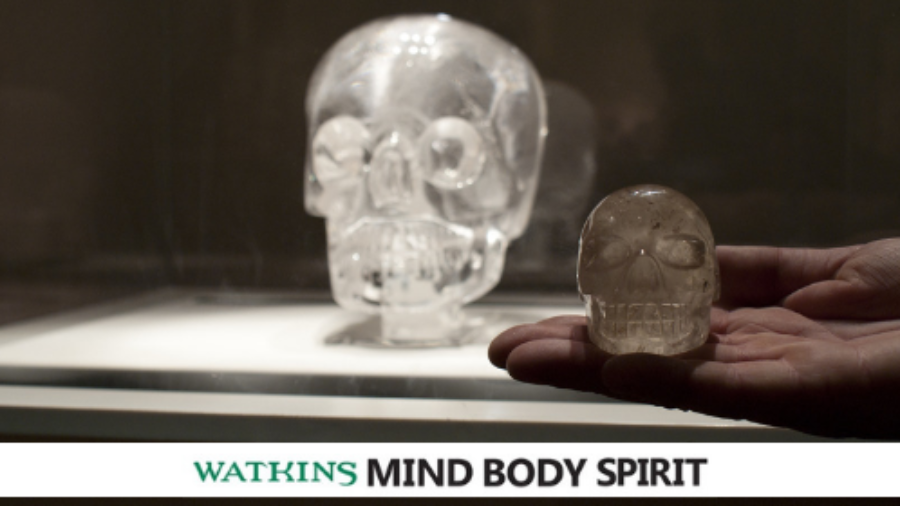 Legend has it that when the 12 lost crystal skulls of Atlantis are recovered and reunited, it will signal the beginning of the ascension of Mankind to the Divine realm.

Crystal skulls have captivated people’s imaginations for many years, and for good reason. Crystals are widely used for empowering and healing in a variety of ways, as well as enhancing meditation, balancing emotional states and restoring inner harmony. Ancient masters understood the power of crystals to focus and manipulate energy, as well as to channel energy and psychic information at incredible bandwidths (our computers do something very similar via their silicon chip, which is a crystal).

In legends and newly emerging interpretations of South and Central American writings, we find stories of the early Atlanteans as highly evolved beings, with technology and a connection to spirit that is far more advanced than that which we possess today. At one time Atlantis had 12 ancient temples, each containing a crystal that had been skilfully crafted into the shape of a human skull. These crystal skulls served many functions and were incredibly powerful. They were repositories for information and used for generating energy. They were used to align and strengthen the chakras. As lightworkers raise their energies, these technology, abilities and tools will be once again available to mankind. Atlantis is rising!

Edgar Cayce (1877-1945), the Sleeping Prophet, was known for his highly accurate and detailed psychic readings. Cayce often described that the Atlanteans used crystals to condense light and sent energy to remote home devices, as well as ships and air vehicles, to purify the water and earth. Large crystals focused energy from the sky to produce electricity. In a somewhat similar way, technology will soon exist for satellites to collect energy from the sun and beam it to earth in the form of microwaves.

Is The Lost Continent revealing her secrets?

Crystal skulls in Atlantis were used to induced profound visions and psychic experiences. Many profess that crystal skulls have consciousness and can communicate telepathically. They can been used in many ways:

The 12 Atlantean skulls, each holding the mastery of one of the 12 temples of Atlantis, were hidden until mankind can again handle this great energy. They are now allowing themselves to be found. For example, let’s consider the skull from the legendary Temple of Animals in Atlantis. The world today treats many animals with dreadful cruelty, but our global compassion for the animals is rising. It is at the greatest level I have ever seen, although there still is a long way to go. When we honour, respect and love the animal kingdom at the appropriate level, skull of the Temple of Animals will be found. As we work with the crystal skull energies, they lift up our world and our lives.

Crystals are not crafted into skulls for symbolic or aesthetic reasons. The Ancient Atlanteans understood the power of shape resonance. Resonance is a phenomenon that has been recognised in modern physics for years. Frequencies that are equal transfer energy between one another. We tend to only think of resonance as happening between frequencies, but ancient wisdom held that there is also resonance between similar shapes. In ancient Egypt if someone has cracked their skull, for example, they might sleep with an undamaged skull next to them in order to heal their own skull with shape resonance. It’s in this way that ancient mystery schools healed objects with undamaged versions of the same object. Crystal skulls send vibrational information to your head based on the principles of shape resonance.

Just as computers can communicate all over the world, so the crystal skulls of today can tie into the great Atlantean skulls. The original skulls hold light information, consciousness and energy of the most elevated time the earth has ever known. It is said that crystal skulls facilitate higher dimensional downloads and enhance psychic abilities, while simultaneously removing obstacles and blockages.

Crystal skulls transfer energy to you through the piezoelectric crystal in your pineal gland, in the centre of your head. The piezoelectric effect is electricity resulting from pressure, which holds an accumulated electric charge as a solid material. Inside the pineal gland are calcite microcrystals consisting of calcium, carbon and oxygen that produce bio-luminescence. Think of a halo. Putting a crystal skull near your third eye impacts the pineal gland as well as the crown and third eye chakras. Just being near one of these skulls is like a massage for the pineal gland.  At the Seraphim Institute in Germany, a photon camera visually documented an exchange of energy between crystal skulls. Below is a photo taken with a phone camera and no artificial lighting:

These modern crystal skulls have been activated with intention, channeling, prayer and ancient techniques to connect to the 12 original skulls which housed the glory and the wisdom of the Golden Age of Atlantis.

Jill Mattson is a prolific artist, musician, author and recognised composer and expert in the field of sound and colour healing. She has also produced nine musical CDs using ancient and modern techniques and special healing frequencies to achieve profound benefits.  Jill offers an online Sound Healing School, presenting new ways of using the benefits of sound and colour. Jill also features at many hundreds of teleseminars, radios shows and magazines.
www.jillswingsoflight.com
The author has a 2 hour free interview on this topic at YouWealthRevolution.com coming this spring/summer 2019.