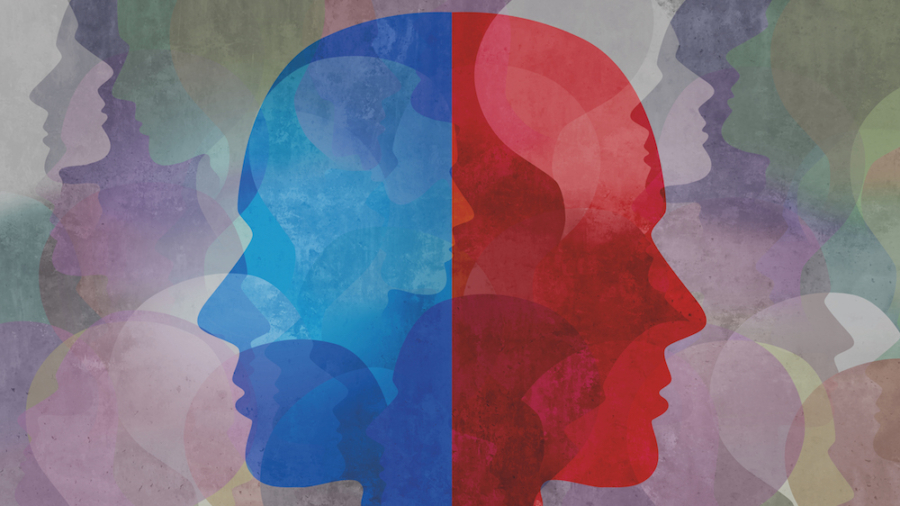 Amy is a 42-year-old divorcee, a mother of two, and hears voices others can’t. They started when she was a child. Initially, Amy thought everyone heard voices, until she tried talking about them at school. Others reacted badly. She would not discuss her voices with others again for three decades.

Amy was abused as a child and believes the voices helped her get through this. For her, the voices are protective ghosts. Today, she works as a psychic healer, talking with her voices to help both herself and her clients. Amy has never been in contact with psychiatric services and the Dutch researchers who reported her story found she didn’t meet the criteria for any mental health disorder.

Stories like Amy’s rarely make the papers. Research has found that over 80% of press stories about ‘hearing voices’ portray it as a symptom of mental illness. Yet Amy is part of a remarkably diverse group of people who hear or have heard voices. She shares her experience with the Old Testament’s Ezekiel and the Beach Boy’s Brian Wilson, with the saintly Joan of Arc and the serial killer Peter Sutcliffe, with the novelist Virginia Woolf, the mathematician Francoise Chatelin, and the philosopher Socrates. Whilst hearing voices is reported by most of the approximately 1% of the population who have a diagnosis of schizophrenia, it is also reported by a similar proportion of the population who don’t meet criteria for a psychiatric disorder. This raises an important question: why do some people hear voices and end up as psychiatric patients, yet others don’t?

When is Hearing Voices Problematic?

The best predictor of whether someone who hears voices will end up as a patient, according to a 2011 Dutch study, is if their voices are nasty to them. Hearing voices more frequently and having little or no control over them are also predictors of patienthood. So far, so obvious; frequently hearing awful things that you can’t control is naturally going to be very hard to deal with. A less intuitive and more intriguing finding of this study was that if you start hearing voices as a child, rather than in early adulthood, then you are less likely to become a patient. There is currently no good explanation for this.

Some people who hear pleasant, controllable voices that started in childhood may describe themselves as clairaudient. Thanks to a 2016 study from Yale University, we know something about how the voice-hearing experience in such individuals (with no diagnosable mental health problems) compares to the voice-hearing experience in patients. Again, age appears important. The Yale study found that, on average, clairaudients began hearing voices at 8 years old, whereas patients started hearing them at age 23. The clairaudients were more likely than the patients to have a positive response from others when they initially told them about their experiences and were more likely to feel the voices were non-bothersome spiritual beings with good intentions who helped keep them safe. The clairaudients’ voices could do things like calm them down after accidents and give them pep talks. Importantly, the clairaudients were also more likely to be able to call-up and dismiss their voices. Many were able to put up a wall between them and their voices, allowing them to go ‘off duty’. Patients typically could not.

All this offers a new way to think about what recovery could involve for a psychiatric patient hearing voices. Psychiatry has historically viewed recovery as the elimination of the voices, typically to be achieved by taking antipsychotic drugs. The research above suggests that patients could cease being patients if their nasty voices changed into nice ones and they were able to gain some control over the experience. One person who hears voices once told me that she approached her voices as a parent would approach badly behaved children; she didn’t want them dead, she just wanted them to behave better. If someone could make their nasty voices nicer and gain some control over them, they would not merely be coping with a psychiatric disorder, they would no longer have a psychiatric disorder.

The sixty four million dollar question is how this could be done. Let’s consider how nasty voices could be made nicer. One possibility is for the hearer to reconsider the meaning of their voices. For example, this could involve exploring if a nasty voice might actually be a nice voice with poor communication skills. One of my colleagues, Peter, a trainer in the Hearing Voices Movement, hears voices that make unfounded allegations against him, such as ‘you killed your mother, you killed your son’. This would once have pushed him towards suicide. However, now he treats them as helpful, albeit challenging, messengers reminding him to visit and honour the graves of those he has lost. And Peter thanks them for it.

Compassion may also help change the nature of the voices. Preliminary evidence suggests that enabling patients hearing voices to be more compassionate towards themselves can make their voices nicer too. Helping the voices themselves become more compassionate may also be helpful. Take the example, reported by some of my colleagues, of Nelson, a 47-year old ex-army sergeant who heard voices and was diagnosed with schizophrenia. One of Nelson’s voices, “Judas”, first appeared in Nelson’s childhood as a protector who helped him cope emotionally with child abuse he was suffering. However, Judas later became aggressive and challenging, particularly whenever another of Nelson’s voices (a seven-year old boy called “John”) became emotionally overwhelmed. During therapy, Nelson and his therapist worked on the relationship between Judas and John, and got Judas to agree to support both John and Nelson more. When Nelson woke up the next day, the first thing that Judas said was “good morning.” This was the first time in years that Judas had behaved decently.

Who Are the Experts Anyway?

Stories such as Amy’s turn the media’s portrayal of ‘hearing voices’ on its head in two ways. First, hearing voices ceases to automatically be a problem. Furthermore, not only may they not be a problem, they may actually be a solution; the mind’s attempt to cope with experiences of adversity. Could it be that our childhood need for a protector may be so strong that if adversity denies us this then our minds simply create/access one for us? Second, the person hearing voices changes from automatically being someone who needs help to potentially being someone who can dispense help. The Hearing Voices Movement (www.intervoiceonline.org) has shown how people who hear voices can take a lead in developing ways to empower, support and help people distressed by voice-hearing. Yet, there is still the need for more people, like Amy, who interpret their voices in a spiritual framework, to utilise their years of expertise of dealing with voices to attempt to inform how people troubled by destructive voices are helped. Psychiatry needs psychics more than psychics need psychiatry.

Simon McCarthy-Jones is an Associate Professor in Clinical Psychology and Neuropsychology at Trinity College, Dublin. He has over a decade of research experience on the topic of hearing voices. His previous book, Hearing Voices: The Histories, Causes and Meanings of Auditory Verbal Hallucinations, was published in 2012.