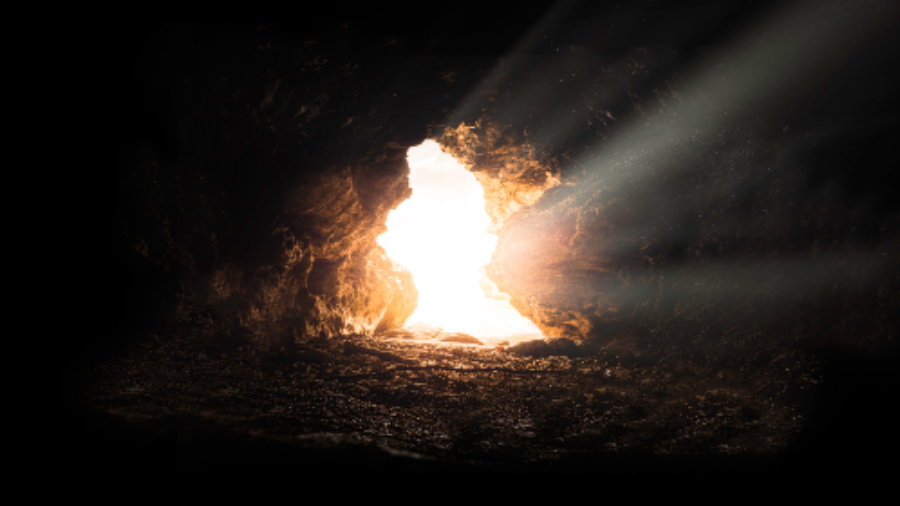 France is one of the most visited countries in the world – and one of the least known. Travel guide writer Nick Inman invites us to go deeper into this magical country with an authoritative exploration of its mysteries and sacred sites.

Infuriatingly, questions wouldn’t stop piling up. I was researching and writing travel guides on France for an assortment of international publishers and it was my job to get facts into print. The brief was straightforward: keep to the essentials and don’t stray into the vague or speculative. If I had to talk about a cathedral, say, I had to provide dimensions, statistics, historical dates, architectural styles. That sort of thing. Not get into spirituality or esoteric symbolism. Such things weren’t relevant to tourists who were assumed to be looking more for entertainment than enlightenment.

This meant I had to ignore some questionable phenomena. That the principles of alchemy are carved into the façade of Notre Dame cathedral in Paris, an otherwise straightforwardly pious Christian building, wasn’t deemed priority information to someone from Iowa spending a week in Europe.

Trouble is, though, I have an enquiring mind. If there is a mystery, I want to know where the treasure hunt leads.

The unusual decorative scheme of Notre-Dame’s sculpture (echoed on the walls and ceilings of several Renaissance chateaux) was first pointed out by one Fulcanelli, author of The Mystery of the Cathedrals, who is an enigma in himself. No one knows who he was but one of his pupils claimed he was a latter-day alchemist who had discovered the secret of immortality.

Mention alchemy today in respectable academic circles and it is classed as a minor subsection of the history of pseudo-science. A dead end of superstition and ignorance, if not a great hoax perpetrated by OCD individuals who deliberately described their activities in vague symbolic language. If there was really nothing to it, it’s strange that medieval and Renaissance craftsmen were paid to spend their time depicting it in expensive building stone. I don’t claim to have the answers, but I am certain there are some outstanding questions to be asked about it.

Everywhere I went in France, it was the same. The more I travelled, the more I tried to put what I saw into words, the more I found that didn’t make obvious sense and had to be left out of the guide.

France’s medieval churches and cathedrals are an intricate puzzle in themselves. Chartres is a well-known masterpiece of sacred geometry, numerology and symbolism but many unheard of village churches have intriguing details of their own.

But the questions start long before the middle ages with France’s incomparable collection of prehistoric art and protoarchitecture.

In several places in the Dordogne and Pyrenees you can sign up to visit a cave. My favourite is Niaux in the Ariège. Here, you are led far into the earth and you stand before a rock wall lit only by the guide’s lantern. And what do you see? Paintings dating from so many thousands of years ago that you can’t grasp the amount of time that has elapsed between then and now. You can ask all the questions you like but the guide will eventually explain that we do not know much more about these paintings than what you see. The experts have analysed them with sophisticated scientific equipment and done a great job of cataloguing them, but they cannot explain them. Anyone’s theory is as valid as anyone else’s. I believe that we can only start to understand the cave paintings by identifying what we share with our remote, anonymous ancestors. Strip away our modernity and underneath we have the same biology but that doesn’t tell us why they crept into ridiculously inaccessible spots deep underground to paint their pictures.

There is something else that we share that archaeologists and anthropologists have a hard time with. I have an inner life – a mind and a spirit (for want of a better word) – and I have every reason to suppose that prehistoric people had the same sensations as I have. What would make me look at an animal, walk some distance, crawl into an awkward crack in the rock face, walk to a particular spot (often the least convenient for using as a painting surface) and half superimpose the visual image from my head on someone else’s existing work? There is no snap answer. Just a question leading me towards some answers that make sense to me. The first step, I suggest, is to switch off your electric light and stand for a moment in the cave knowing that the art is still there even if you can’t see it.

The megaliths of Carnac and elsewhere are similarly baffling. They are just arranged stones if you go by the archaeology. It wouldn’t be hard to argue that erecting them was a pointless job creation scheme. They may or may not have had some funerary purpose. Or astronomical. Again, only by using your imagination can you get beyond the evidence.

Coming forwards in history, you meet the Templars and the Cathars, two groups who make a strong impression on the modern psyche even if the evidence they left behind is sparse and not very helpful. Here you can choose your narrative: the mundane or the otherworldly. You can tell the story of the Knights Templars, created by French knights and persecuted by the king of France, as a series of agreed historical facts or you can try to tell their story in terms of the “facts” that are missing: what motivated the Templars; what did they know (if anything) and why were they seen as such a threat?

Similarly, the Cathars. Why did they cling so tenaciously to their beliefs, even to the point of being burnt alive rather than uttering a simple formula of words to save their lives. Did they know something that we don’t know?

I found myself increasingly intrigued by all this. It was almost as if there is a parallel world beside the ordinary one that I was writing about in my guidebooks. In the back of my head, I was aware of an entirely different book taking shape. I realized that I wasn’t so much interested in things material as in “non-things”.

The result was A Guide to Mystical France, intended to fill in the gaps of a conventional travel guide and information on the web.

These two words, material and mystical, represent two realities that co-exist and correspond to the two halves of human nature (inner and outer). Materiality is open to objective study. We can talk about it and subject it to the test of true or false. It is the stuff of science. Mysticism is all the obvious. It can only be experienced personally or subjectively; we can’t prove anything about it; and it is difficult if not impossible to put into words, for which reason it is often belittled or ignored. Religion, of course, is based on mysticism. True religious experience, that is, not the dogmatic, authoritarian institutions that we see around us.

I hope that my approach will be useful for the reader in two ways. The first is that it could make a holiday in France deeper and more enriching. By all means go up the Eiffel Tower and flop on the beaches of the Riviera, but if you get the yearning for more, there are countless curious places to visit. As well as eating and drinking well, and improving your French, you might just come back wiser as well.

The second way that I hope the book will be useful is in explaining mystical sights or at least providing some tools to make sense of them. For instance, in the book I discuss symbolism, which is the language of mysticism. Our consumer age is very literal minded and we are fast forgetting how to interpret symbols. They cannot be simply translated back into ordinary language – that is the whole purpose of them; they stand for what they stand for.

The same is true of mysticism. It is what it is: the state of being of our invisible, intangible selves which exist beyond conventional notions of space and time. It cannot be understood as part of ordinary reality, it can only be alluded to indirectly by those who have experienced it. If you ever doubt its existence, all you have to do is travel to Chartres, or Carnac, or a painted cave or any other of a thousand special places across France, stand for a moment in silence and feel what you feel.

Meet The Author: Nick Inman is a writer, photographer and translator. He is the author, co-author or editor of more than 40 travel guides to France and Spain. His long-standing interest in personal development led him to write Who on Earth Are You?, an investigation into holistic human identity, published in 2013. Born in Yorkshire, he now lives in rural southwest France with his wife and two children.