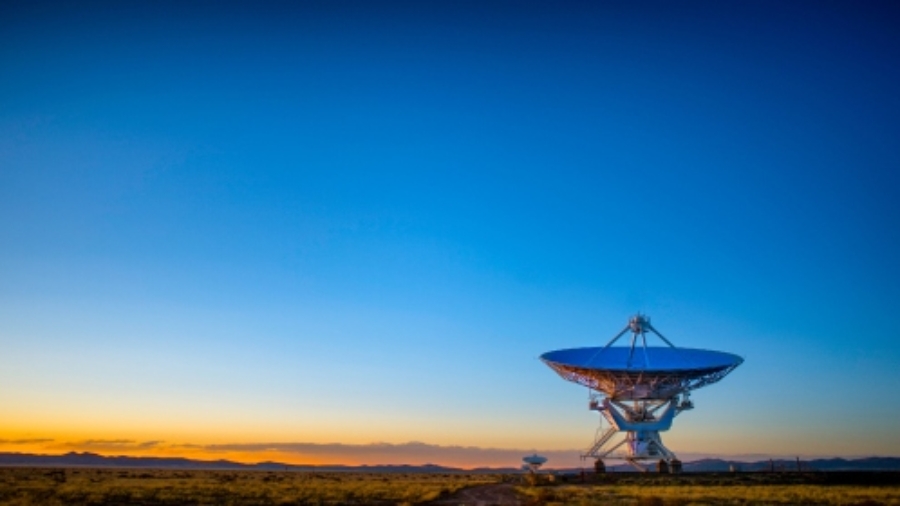 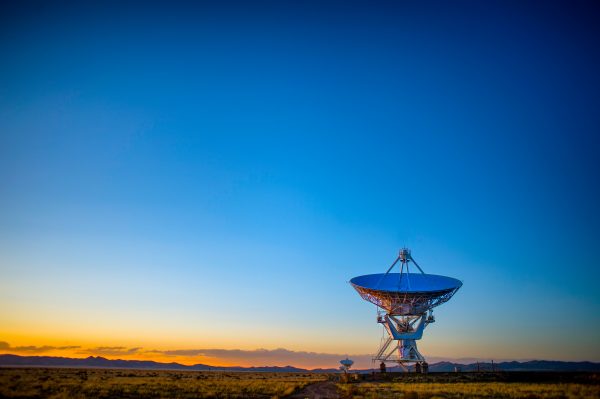 “But what if SETI succeeds? Will we, as a sentient species, be changed forever philosophically?” 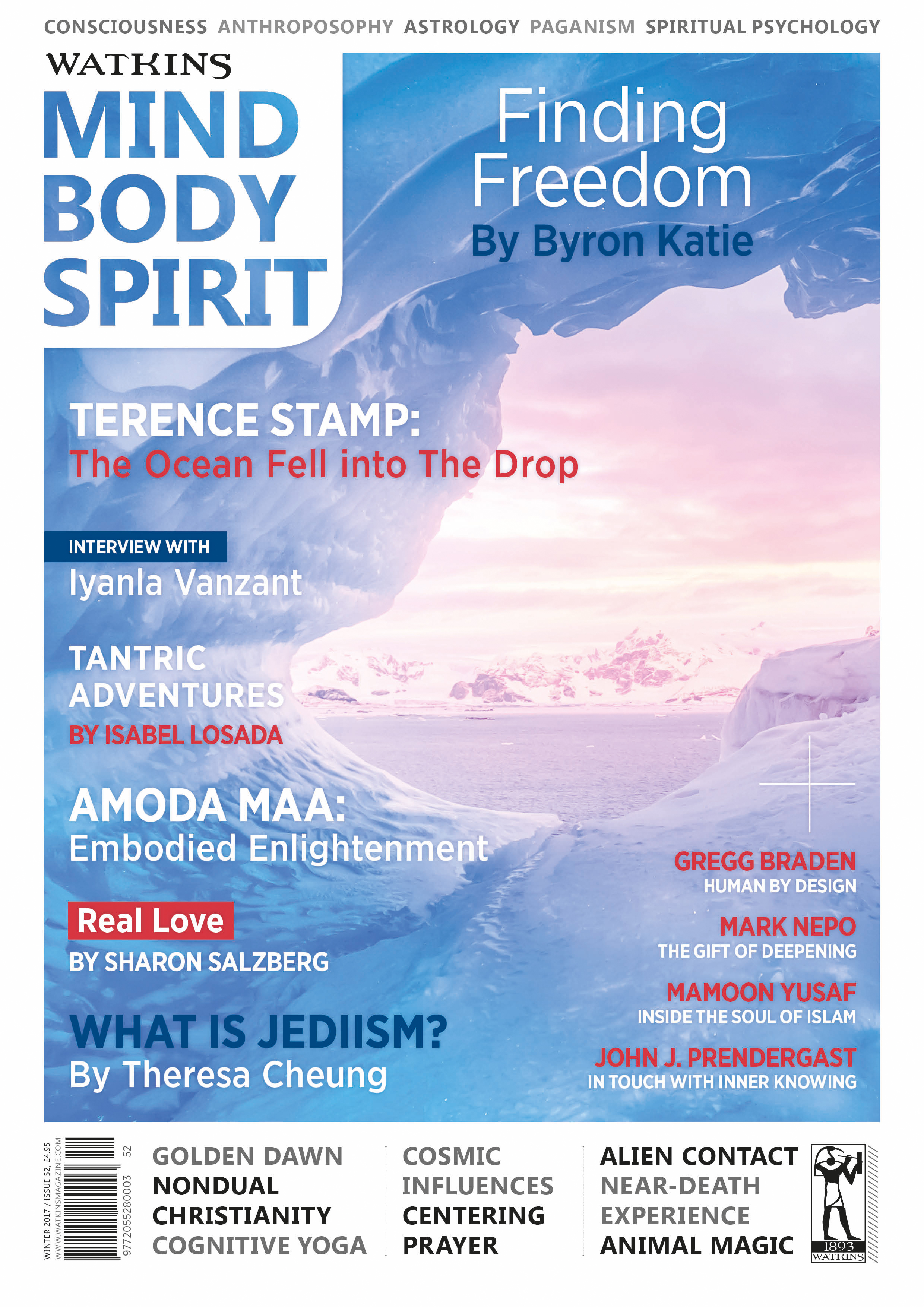 It almost seems naive to expect worldwide panic at the news of the discovery of extraterrestrial life. Most people now simply take the possibility of alien life as a given. One poll found that as many as two-thirds of all Americans believe that aliens exist – a fact that is hardly surprising after more than a century of science fiction stories and movies as well as decades of scientific discoveries, such as the existence of thousands of other planets orbiting other stars. There is even an entire sub-genre of science fiction devoted to stories about“First Contact”, which was the sub-title of a Star Trek film. For this reason scenes in the 1996 movies Independence Day and Mars Attacks! have crowds enthusiastically (if a little prematurely as it turns out) welcoming the appearance of alien visitors.

Possibly for these reasons, these same polls have shown that of those who believe in the possibility of aliens, most said they would be“excited and hopeful” if the existence of extraterrestrial life were to be confirmed. Of those polled, 80 per cent thought that intelligent aliens would be more advanced biologically and technologically than humans while a full 90 per cent of those polled said that humans should reply to any message Earth might receive from outer space.

These ideas seem to be independent of political views, and are shared by conservatives and liberals alike. Perhaps not surprisingly, more than half of all atheists polled believe that alien life exists, compared to only about one-third of all Christians. The divisions between religious faiths is more striking. The religions of the world would face the most difficult problems with the discovery of extraterrestrial life, although each faith and denomination has its own particular view on the possibility. Buddhism already embraces a universe consisting of many thousands of inhabited worlds. Seventh-day Adventists and Roman Catholics are among the most welcoming to the idea. As early as the 1920s, the Abbe Theophile Moreux, founder of the Observatory of Bourges, argued for the existence of intelligent life on Mars, and even wrote a book devoted to promoting the idea.

About the same proportion of Jews and Hindus as Christians believe in extraterrestrials, while more than 40 per cent of Muslims accept the possibility. Perhaps not surprisingly, Mormonism and Scientology are among the only religions that fully embrace the idea of extraterrestrial life. The key debate within the Christian church has been whether or not aliens would suffer from original sin and need to be saved by Christ. In 2014 Pope Francis suggested that any aliens, should they ever feel the need to visit Earth, would be welcome to be baptized.

Some believe that first contact with aliens might indeed have religious overtones. The first aliens to land on Earth may be missionaries come here to baptize humans in the name of their own god – a possibility that has not escaped science fiction writers. Some of them have wondered if alien worlds have alien messiahs, while others have imagined Christ himself travelling from planet to planet. A famous novel by James Blish, A Case of Conscience (1958), explored the moral dilemma faced by a devout priest when a planet is discovered the inhabitants of which had never fallen from grace.

The stance of most religions regarding aliens would seem to echo that of many Jewish scholars, who suggest that there would be no problems so long as the personal relationship between God and the human race remains unchanged. It appears to be only the most fundamentalist followers of Christianity and Islam who reject even the possibility of extraterrestrial life. They adhere to the principle that not only Earth but the entire universe was created solely for the benefit of humankind.

Other scientists tend to look at the consequences of alien contact a little more sanguinely. In 2016 the Philosophical Transactions of the Royal Society conducted a forum on the subject. Professor John Zarnecki and Dr Martin Dominik raised the issue of an international protocol regarding the meeting of aliens and humans and suggested that such a nonbinding protocol already exists in the UN’s Committee on the Peaceful Uses of Outer Space. Created in 1959, the purpose of the committee is to facilitate matters of international concern within outer space. This includes the possibility of natural disasters, such as asteroid impacts, that would affect the world globally. Since communication between humans and aliens might likewise affect people around the world, an international political body such as the CPUOS would be ideally suited to oversee First Contact and to control its impact on society. By the same token, Zarnecki and Dominik doubt that worldwide fear and panic would result from First Contact, at least not so long as there is no readily apparent risk – such as flying saucers vaporizing New York with lasers. They believe that the panic scenario is nothing more than part of the traditional alien contact myths. But there is no real reason to think this would happen.

But once First Contact is made, what then? We may have humans and aliens standing face to face (if the aliens stand and if they have faces), but what do they say to one another? Here enters the topic of modern “xenolinguistics” – how do we communicate with an extraterrestrial race? Can we communicate? A handful of Hollywood movies have touched on this subject: Close Encounters (1977), Contact (1997), The Abyss (1989) and, most recently, Arrival (2016).

Like many of the scientists who have studied the problem, these films assume that communication between humans and aliens would be more or less a matter of decoding. Rather as if a Norwegian were to meet a Tahitian and neither spoke the other’s language, it would not take long for two intelligent human beings to begin exchanging ideas and thoughts.

Yet it may be very likely that an alien race could be so alien that communication is not possible at all. To paraphrase Carl Sagan, a sufficiently alien race may not be able to tell the difference between a human being and a chrysanthemum.

Some of the scientists in the CPUOS forum thought that mankind should prepare for a worst-case scenario, preparing for First Contact in the same way they might prepare for an asteroid impact. Professor Simon Conway Morris thought that the evolutionary history of life on Earth – especially the unrelenting drive for survival of a species at all costs – might be duplicated elsewhere in the universe. Moreover, that instinct for survival might be what drives a species into space in the first place and to the exploration – and perhaps exploitation – of other worlds such as ours, with its natural resources. While it would appear that most human beings would welcome the discovery of intelligent alien life, and feel no threat to either their faiths or wellbeing, there are those, like Professor Morris, who urge caution. They point to the history of our own planet whenever a more “advanced” culture has come into contact with one that is less advanced. The classic (but by no means isolated) example is that of the Spanish discovery of the Incan empire in the mid-16th century. The native peoples were enslaved and forced to adopt the Christian religion. Those who did not were put to death. Foreign diseases decimated the population, the Incas’ cities were destroyed and replaced by new ones built by the Spanish conquerors, and their language and culture were systematically extinguished.

H G Wells went even further and suggested that aliens might be so indifferent to humans that they would simply eradicate us as a matter of course, just as humans might eradicate an island of an inconvenient vermin before settling there. They may be so advanced as to not even distinguish us from algae and bacteria.

So when one is looking forward to the first contact between aliens and humans, one might be wise to stop and think, very carefully, about what one is wishing for.

RON MILLER is an award-winning illustrator and the bestselling author of more than 50 books, including the Hugo-nominated The Grand Tour (over 250,000 copies sold), Cycles of Fire, In the Stream of Stars, The Art of Space and The History of Earth. He is a contributing editor for Air & Space/Smithsonian magazine, a member of the International Academy of Astronautics, and a Fellow and past Trustee of the International Association of Astronomical Artists.

Find out more at  www.black-cat-studios.com