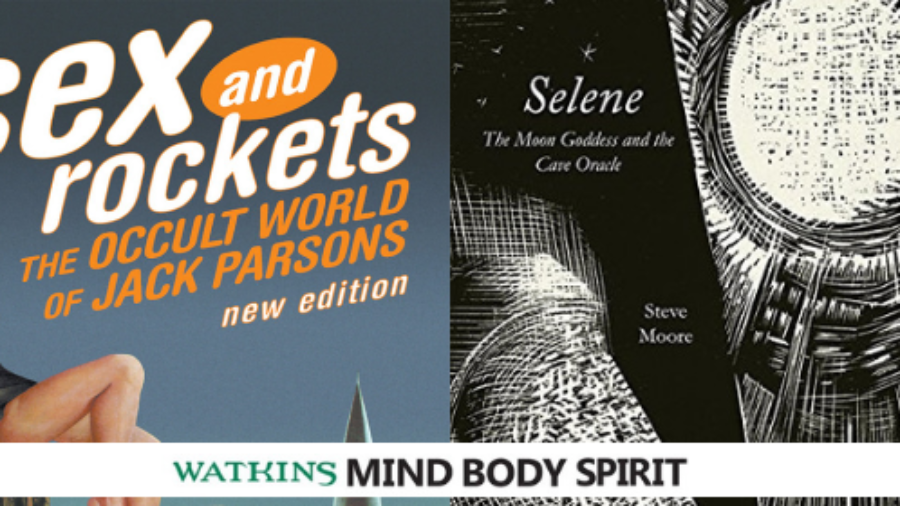 If you’re looking for some inspiration for your summer reading list but the sun’s just a little too much for you at the moment, why not have a look at these lunar recommendations from the knowledgeable staff at Watkins Books?

“With everyone celebrating the 50th anniversary Apollo 11 landing a few weeks ago, I’ve been looking into Jack Parsons, the notorious occultist who created the rocket fuel that sent Neil Armstrong and the crew to the moon. Parsons co-founded the Jet Propulsion Laboratory, but was also an avid member of the occultist society Ordo Templi Orientis. Fascinated by the (apparently) contrasting worlds of science and magic, Parsons was dedicated to helping humanity blast off from Earth and explore the universe. And in a way, he did: at a time when rocket science was ridiculed by the scientific community, Parsons’ experimentation laid the groundwork for the JPL to finally land a man on the moon decades later.”

“I’m loving how thorough it is: it really covers all the angles. When you look at a Greek goddess you have to examine all the sources about her. Steve Moore has looked at all the illusions and themes and found sources for those as well. So what you get is this multi-dimensional look at the goddess and you can swiftly distinguish her from Artemis. There’s also a lot on oracular tradition, especially dream oracles in the Hellenic world. What I particular love is how Moore brings his experience as a dedicated Selene follower, drawing from close relationship with this goddess without obliquely talking about his personal practice. It’s an academic analysis from the point of view of a follower, which gives it a lot of depth.”

Sex and Rockets: The Occult World of Jack Parsons and Selene: The Moon Goddess & Cave Oracle are both available from Watkins Books.