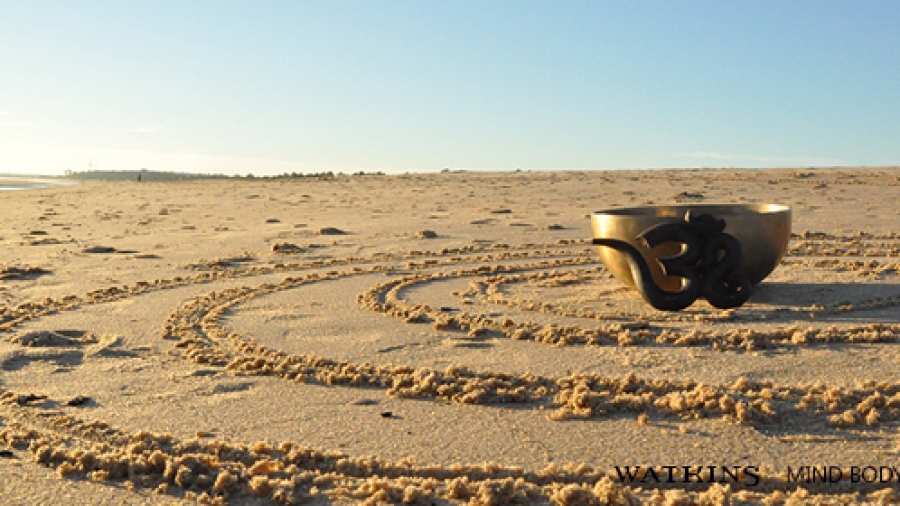 There’s one relationship in your life—in everyone’s life—that has been kept a secret. You don’t know when it began, and yet you depend upon it for everything. If this relation­ship ever ended, the world would disappear in a puff of smoke. This is your relationship to reality.

A huge number of things must come together perfectly to construct reality, and yet they do so completely out of sight. Think of sunlight. Obviously, the sun can’t shine unless stars exist, since our sun is a medium-size star floating beyond the center of the Milky Way, our home galaxy. There are few secrets left to discover about how stars form, what they are made of, and how light is produced in the incredibly hot cauldron at the core of a star. The secret lies elsewhere. As sunlight travels 93 million miles to Earth, it penetrates the atmosphere and lands somewhere on the planet. In this case, the only somewhere we’re interested in is your eye. Photons, the packets of energy that carry light, stimulate the retina at the back of your eye, starting a chain of events that leads to your brain and the visual cortex.

The miracle of vision lies in the mechanics of how the brain processes sunlight, that much is clear. Yet the step that mat­ters the most, converting sunlight into vision, is totally mysterious. No matter what you see in the world—an apple, cloud, mountain, or tree—sunlight bouncing off the object makes it visible. But how? No one really knows, but the secret formula contains sight, because seeing is one of the basic ways of know­ing that an object is real.

What makes seeing totally mysterious can be summed up in a few undeniable facts:

Photons are invisible. They aren’t bright, even though you see sunlight as bright.

The brain has zero light inside it, being a dark mass of oatmeal-textured cells enveloped in a fluid not terribly different from seawater.

Because there is no light in the brain, there are no pic­tures or images, either. When you imagine the face of a loved one, nowhere in the brain does that face exist like a photograph.

At present no one can explain how invisible photons being converted to chemical reactions and faint electrical impulses in the brain creates the three-dimensional reality we all take for granted. Brain scans pick up the electrical activity, which is why an fMRI contains patches of brightness and color. Something is going on in the brain. But the actual nature of sight is mysteri­ous. One thing is known, however. The creation of sight is done by you. Without you, the entire world—and the vast universe extending in all directions—can’t exist.

Sir John Eccles, a neurologist and Nobel laureate, declared, “I want you to realize that there exists no color in the natural world, and no sound—nothing of this kind; no textures, no patterns, no beauty, no scent.” What Eccles means is that all the quali­ties of nature, from the luxurious scent of a rose to the sting of a wasp and the taste of honey, is produced by human beings. It’s a remarkable statement, and nothing can be left out. The most dis­tant star, billions of light-years away, has no reality without you, because everything that makes a star real—its heat, light, and mass, its position in space and the velocity that carries it away at enormous speed—requires a human observer with a human nervous system. If no one existed to experience heat, light, mass, and so on, nothing could be real as we know it.

That’s why the secret relationship is the most important one you have or will ever have. You are the creator of reality, and yet you have no idea how you do it—the process is effortless. When you see, light gains its brightness. When you listen, air vi­brations turn into audible sound. The activity of the world around you in all its richness depends upon how you relate to it.

This profound knowledge isn’t new. In ancient India, the Vedic sages declared Aham Brahmasmi, which can be translated as “I am the universe” or “I am everything.” They arrived at this knowledge by diving deep into their own awareness, where as­tonishing discoveries were made. Lost to memory are Einsteins of consciousness whose genius was comparable to the Einstein who revolutionized physics in the twentieth century.

Today we explore reality through science, and there cannot be two realities. If “I am the universe” is true, modern science must offer evidence to support it—and it does. Even though mainstream science is about external measurements, data, and experiments, which build a model of the physical world rather than the inner world, there are a host of mysteries that measure­ments, data, and experiments cannot fathom. At the far frontier of time and space, science must adopt new methods in order to answer some very basic questions, such as “What came before the big bang?” and “What is the universe made of?”

We present nine of these questions, the biggest and most baffling riddles that face science today. Our aim is not to put just another popular science book in readers’ hands. We have an agenda, which is to show that this is a participatory universe that depends for its very existence on human beings. There is a growing body of cosmologists—the scientists who explain the origin and nature of the cosmos—developing theories of a com­pletely new universe, one that is living, conscious, and evolving. Such a universe fits no existing standard model. It’s not the cos­mos of quantum physics or the Creation described as the work of an almighty God in the book of Genesis.

A conscious universe responds to how we think and feel. It gains its shape, color, sound, and texture from us. Therefore, we feel the best name for it is the human universe, and it is the real universe, the only one we have.

Even if you are new to science or have little interest in it, you can’t help but be interested in how reality works. How you view your own life matters to you, of course, and everyone’s life is embedded in the matrix of reality. What does it mean to be human? If we are insignificant specks in the vast black void of outer space, that reality must be accepted. If, instead, we are cre­ators of reality living in a conscious universe that responds to our minds, that reality must be accepted. There is no middle ground and no second reality that can be chosen because we happen to like it better.

So let the journey begin. Every step of the way we will let you be the judge. For every question like “What came before the big bang?” you’ll read about the best answers modern science can offer, followed by why these answers haven’t been satisfactory. This opens the way for entirely new explorations into a universe where answers come from everyone’s experience. This is prob­ably the greatest surprise of all, that the control room for creat­ing reality exists in the experiences everyone is having every day. Once we unfold how the creative process works, you will arrive at a completely different view of yourself than before. Science and spirituality, the two great worldviews in human history, both contribute to the ultimate goal, which is to discover what is “re­ally” real.

A disturbing truth is dawning all around us. The present-day universe has not worked out the way it was supposed to. Too many unsolved riddles have piled up. Some are so baffling that even imagining how to answer them is in doubt. There’s an open­ing for a totally new approach, what some call a paradigm shift.

A paradigm is the same as a worldview. If your paradigm or worldview is based on religious faith, a Creation needs a Creator, a divine agent who arranged the astonishing intricacies of the cosmos. If your paradigm is based on the values of the eighteenth-century Enlightenment, the Creator may still exist, but he has no business with the everyday workings of the cosmic machinery—he’s more like a watchmaker who set the machine going and walked away. Paradigms keep shifting, driven by human curios­ity and, for the past four hundred years, viewed through the lens held up by science. At the moment, the paradigm that dominates science posits an uncertain, random universe devoid of purpose and meaning. For anyone working within this worldview, prog­ress is constantly being made. But we must remember that to a devout Christian scholar in the eleventh century, progress to­ward God’s truth was constantly being made, too.

Paradigms are self-fulfilling, so the only way to cause radical change is to jump out of them. That’s what we intend to do in this book, to jump from an old paradigm into a new one. But there’s a hitch. New paradigms aren’t simply pulled down from the shelf. They must be put to the test, and this is done by asking a simple question: Is the new worldview better at explaining the mystery of the universe than the old one? We believe that the human uni­verse must prevail. It’s not an add-on to any existing theory.

If the human universe exists, it must exist for you as an in­dividual. The present-day universe is “out there,” spanning im­mense distances and having little or no connection to how you live your daily life. But if everything you see around you needs your participation, then you are touched by the cosmos every minute of the day. To us, the biggest mystery is how human be­ings create their own reality—and then forget what they did. We offer our book as a guide to remembering who you really are.

The shift into a new paradigm is happening. The answers offered in this book are not our invention or eccentric flights of fancy. All of us live in a participatory universe. Once you decide that you want to participate fully, with mind, body, and soul, the paradigm shift becomes personal. The reality you inhabit will be yours to either embrace or change. No matter how many billions are spent on scientific research, no matter how fervently religionists keep faith with God, what finally matters is reality. The case for the human universe is very strong; it’s part of the paradigm shift unfolding all around us. The reason we say “You are the universe” is that nothing less than that is the truth.

Meet the authors: Deepak Chopra, M.D., founder of the Chopra Foundation and cofounder of the Chopra Center for Well-Being, is a reknowned pioneer in integrative medicine and personal transformation. He is the author of over 80 books, translated into over 43 languages including numerous New York Times bestsellers.
Prof Menas Kafatos is the internationally known director of the Center of Excellence in Earth Systems Modeling and Observations (CEESMO). His PhD in Physics was awarded by MIT and he completed post-doc work at NASA.

Deepak Chopra, Menas Kafatos
You Are the Universe
£12.99, available from Watkins Books