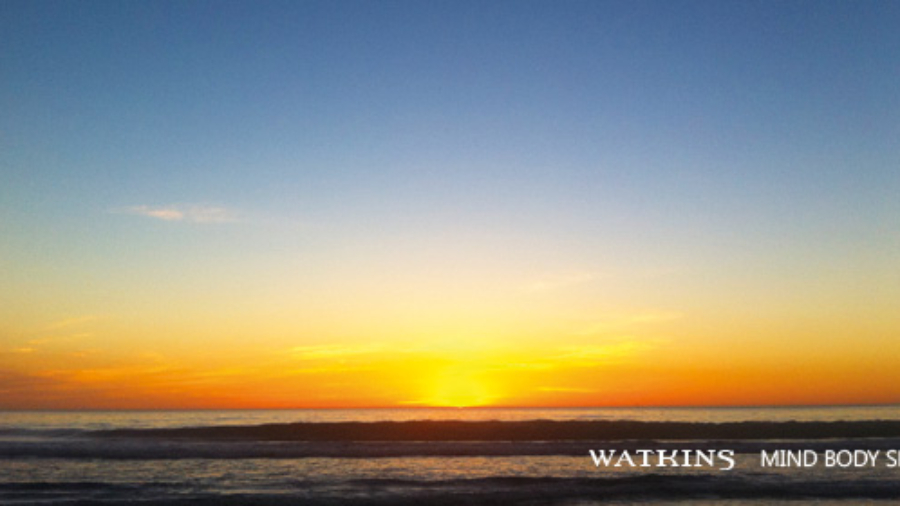 by Watkins Books
with no comment
Consciousness studiesMagazine
[dropcap]T[/dropcap]his is an extract of the interview with Eckhart Tolle by Stephen Gawtry. The full interview appears on Watkins Mind Body Spirit Issue 34.

SG: For those who have no experience of inner awareness, or are confused by the notion of the present moment being the doorway to self-realization, is there a way in which they can glimpse this reality?

ET: For the vast majority of people, past and future occupy much more of their attention than the present moment. They overlook the vital fact that life and the present moment are synonymous, that all you ever have or experience is the Now. Even so called past and future ultimately only exist when you think of them in the present, and in absolute terms they are no more than thoughts in your head, that is to say mental concepts. For practical purposes, of course, we can’t do without past and future, but when those thought-forms take over our lives, we end up inhabiting a mainly conceptual reality and lose touch with the primary reality of the present. We lose touch with who we are in our essence, beyond thoughts and mental images, and so we don’t feel fully alive any more and our actions are devoid of love, joy and creativity. So present moment awareness is the doorway to spiritual awakening. How do you become aware of the present moment? For example, by coming to your senses, that is to say paying attention to sense-perceptions. Look at your surroundings without naming things mentally. That in itself is a great spiritual practice. Just look, or just listen to the sounds. Now you are no longer perceiving through the veil of thought, the veil of the conditioned mind. And then you may get a sense of yourself as the underlying presence – inner space, consciousness, whatever you want to call it – without which no sense-perception and no experience would be possible. This is a glimpse of the transcendent dimension, a glimpse of self-realization.

SG: Why is it so difficult to remain in the present, to fully embrace the now?

ET: Although an increasing number of humans are undergoing a process of awakening, identification with thinking is still the prevalent state of consciousness. Thinking is potentially a powerful tool, but it has taken us over, and a lot of it is dysfunctional and negative. The evolutionary impulse is towards disidentification from thinking and the arising of awareness or presence, but the gravitational pull of the old consciousness, or rather unconsciousness, is still quite heavy. It’s been around for thousands of years.

SG: Is there anything we can actually do to bring about enlightenment, or is it a state of grace that is bestowed on us, like winning the spiritual lottery?

ET: Let’s briefly look at what we mean by enlightenment. When you continuously know and sense yourself as the space of consciousness rather than what appears in consciousness – sense perceptions, thoughts, emotions – then it can be said that you are enlightened… except that you wouldn’t think or speak of yourself as ‘enlightened’, because that would instantly create another mind-based conceptual identity and so it would be the end of ‘your’ enlightenment. So, strictly speaking, “you” cannot become enlightened, because who you take yourself to be is like a ripple in the ocean of consciousness – or a little wave if you’re a VIP – and the ripple doesn’t become enlightened until it realizes that its ripple-identity is ultimately a misperception, that it is the ocean taking on a fleeting ripple-form. So, to know its true identity, the ripple first needs to recognize its nothingness. And when that happens, then, paradoxically, it is not the ripple, but the ocean that is awakening!

Now for most people, awakening is a gradual process of disidentification from mental positions, opinions, viewpoints, reactive patterns and so on. What disidentification means is that those things are no longer endowed with a sense of self. This makes life much easier, as you no longer need to defend a mental fiction! The first glimpse of non-identification with the mind and the recognition of yourself as formless presence comes when one is ready. Often suffering is the trigger, or a spiritual teaching, or both. Call it readiness, or grace. This is the beginning of the awakening process. Now, increasingly, an element of choice comes in, and you learn that it is possible to choose to be present rather than being identified with the mind. This is the most helpful way of looking at it, but not the ultimate truth, of course. In ultimate terms, all we can say is: consciousness is awakening, and even that is not absolutely true, in the same way that saying “the sun is rising” is not absolutely true, but implies that the observer’s perspective is limited. So words can only serve as pointers.

In the egoic state of consciousness, you are basically addicted to problem-making, and you take yourself very seriously. With awareness, an inner sense of spaciousness arises that enables you to look at your own mind, which is to say the human mind, with a certain degree of detachment.  Eckhart Tolle

SG: There’s a lot of warmth and humour in your talks, reminiscent of Alan Watts and the laughing Buddha. Personally, I find humour refreshing; it breaks up the intensity and stops us taking things too seriously. Is humour an important part of spirituality for you?

ET: Humour and laughter can be enormously liberating. In the egoic state of consciousness, you are basically addicted to problem-making, and you take yourself very seriously. Many people see themselves as a problem that needs to be solved. They also habitually see the present moment as an obstacle that they need to overcome or get away from. With awareness, an inner sense of spaciousness arises that enables you to look at your own mind, which is to say the human mind, with a certain degree of detachment. Then, sometimes you cannot help but smile or laugh at the human condition in its unenlightened state. That sense of detachment can also give rise to spontaneous humour, and it can bring about the same detachment in the listener who responds to it. Not taking one’s thoughts too seriously is a spiritual practice that I highly recommend.

Meditation: Practicing Presence in Every Moment of Your Life by Eckhart Tolle, published by Sounds True, is available on DVD & CD.

SG: Where do love and matters of the heart fit into your scheme of things? Are these concepts without meaning in the enlightened state or is it just a question of different terminologies?

ET: The word ‘heart’ can refer to an emotional bond between people, and also to the precious faculty of empathy, an ‘open heart’, which means sharing the feelings of another and includes an outflow of goodwill towards our fellow humans and all life forms. This, of course, is what the Dalai Lama refers to when he says “my religion is kindness”, and is closely related to the ability to feel compassion. At the deepest level, an ‘open heart’ is spacious presence, in which the sense of separateness between yourself and the ‘other’ dissolves and there is the recognition of oneness, of shared consciousness. That recognition is love. Sensing the formless essence in another and recognizing it as one with your own essence – that’s what love is. All this is an intrinsic part of the awakened consciousness and the revelation of the spiritual dimension of life. In the awakened state, can you still feel closer to one human than another? On the level of form – the physical, mental, emotional – certainly. Who you are on the level of form may resonate with some forms more than with others, either due to kinship or other kinds of resonance, be they physical, emotional or psychological. Resonance on the level of form alone, however, is ultimately never satisfying. For a relationship to deepen, at some point the spiritual dimension needs to come in. You don’t even need to be fully awakened for this to happen, but if it does happen it certainly means you are awakening. If you are able to let go, even occasionally, of all judgments and mental positions and relate to the other person or your partner through a sense of shared presence, then the formless dimension has become part of the relationship. Jean Paul Sartre said “Hell is other people”. This is an extreme way of expressing the unsatisfactoriness of relating to others solely on the level of form – through sex, emotional attachment or in the pursuit of some kind of psychological gratification.

Deepening The Dimension Of Stillness: A Retreat on the Essence of Who You Are by Eckhart Tolle, published by Sounds True, available on DVD & CD.

ET: Yes, it is, but as he states in what are probably the best first lines ever written, once you accept that life is difficult, then, paradoxically, it is no longer difficult. What this means is that there is nothing wrong with having problems, only with thinking that you shouldn’t have any problems. So one could say that the only real problem is dysfunctional thinking, the rest are challenges, not problems. This isn’t just playing around with semantics. When we watch a movie, any movie, early on in the movie something needs to happen that could be described in the most general terms as “something goes wrong”. The characters get challenged, the plot becomes interesting. If nothing “goes wrong”, we go to sleep or walk out of the cinema and ask for our money back. So why do we complain when things “go wrong” in real life? It’s not “wrong” at all. It’s called life! And within the totality of Life, birth and death happens, and life-forms arise and dissolve in a continuous dance, the one consciousness appearing in countless disguises, and evolving and awakening in this dimension as a response to challenges. So let’s say ‘yes’ to Life, by becoming friendly with the present moment, no matter what form it takes. That’s the only spiritual practice you need.

Meet the Author: Eckhart Tolle was born in Germany and educated at the Universities of London and Cambridge. At the age of twenty-nine, a profound inner transformation radically changed the course of his life. The next few years were devoted to understanding, integrating, and deepening that transformation, which marked the beginning of an intense inward journey. Later, he began to work in London with individuals and small groups as a counsellor and spiritual teacher. Since 1995 he has lived in Vancouver, Canada. His books include The Power of Now: A Guide to Spiritual Enlightenment and A New Earth: Create a Better Life. www.eckharttolle.com