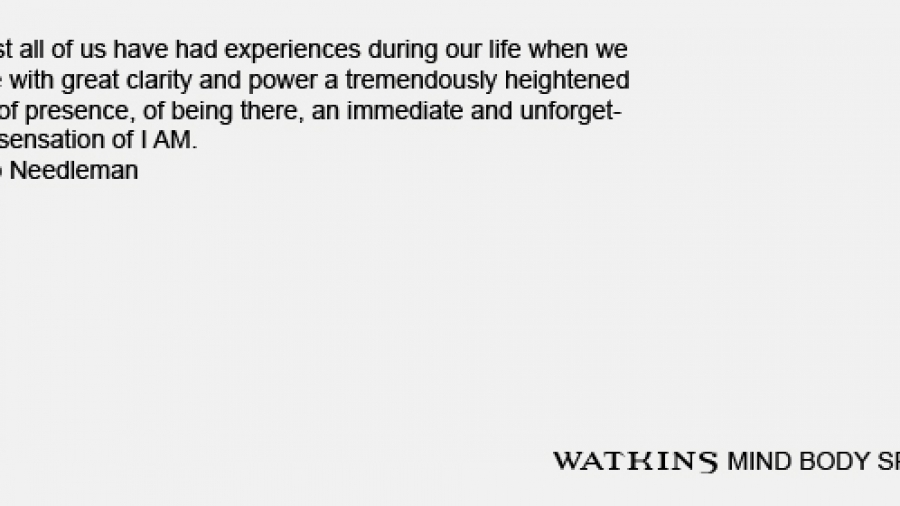 Q: What new perspective can you bring to the tired debates between atheists and believers about the existence of God? Is there another way to approach this argument?

A: In the present debates both sides tend to treat God as a purely external entity accessible only by faith—faith defined as belief unsupported by evidence or logic. My book presents the idea of God as representing a conscious force within the human psyche which is accessible through careful inner self-examination. The process of inner self-examination brings about a knowledge that is as rigorous and supported by evidence as anything science has to offer. At the same time, this point of view redefines faith as a knowledge that is attained not only by intellectual means, but also through the rigorous development of the emotional side of the human psyche. Such emotional knowledge is unknown to the isolated intellect and has therefore been mistakenly labeled as “irrational.”

This “new” idea of God proposes that all the characteristics traditionally attributed to the purely external God are, in an important sense, attributes of this inner force of consciousness. When this inner energy of higher consciousness is experienced, it then becomes clear that such an energy permeates the entire universe. In this way, it is through self-knowledge that the existence of an external God is verified and understood.

Q: You were once an atheist. Can you pinpoint a particular time or event that caused you to re-evaluate your beliefs?

A: When I started my career as a professor of philosophy I was required to teach a course in the history of Western religious thought—much against my existentialist and atheistic inclinations. In order to teach this course, I had to do a great deal of research in the writings within the Judaic and Christian traditions and I was astonished to find in those writings philosophical thought of great power and sophistication. These writings completely blew away all my opinions about what I had taken to be the irrationality or immaturity of religious ideas, opinions which were and still are fashionable in many intellectual and literary circles today.

But even so, somewhere in myself, I was still unconvinced—down deep I was still an atheist when it came to my personal, intimate feelings. It was only when I embarked on a personal work of guided self-examination that I experienced a glimpse of a reality that could be called “God.” As my personal explorations continued, I experienced this quality of inner reality more and more and could no longer doubt that the meaning of God lay in this direction. At the same time, these undeniable experiences lit up and were in turn illuminated by all the philosophical and historical knowledge I had by then amassed and I began to understand in an entirely new way the teachings of both Judaism and Christianity as well as the teachings of Buddhism, Hinduism and Islam. I was again astonished that nothing of this understanding seemed to be in all that I had heard about religion and God when I was growing up and when I was being educated in some of the best universities in America.

Q: What spiritual or philosophical ideas did you encounter that made you reconsider the teachings of Judeo-Christian and Eastern religions?

A: There were very many such ideas, far too numerous to mention. Here are just a few:

–  The idea that God needs man (Judaism) as a uniquely free being who is yet at the same time under supreme obligation.

–  The idea that scripture is deeply allegorical and symbolic, with many levels of highly sophisticated philosophical and psychological meanings. Many of my atheistic leanings were due to my literal interpretation of scripture, which, in numerous places paints a horrific picture of a presumed just and loving God.

–  The idea that Jesus Christ was a highly developed human being who was a great teacher and that the idea that he was also God needs to be taken in a much more nuanced way than was commonly presented. In Judaism, for example, a highly spiritual human being was often referred to as “son of God,” without thereby implying he was God Himself in the form of a human being.

–  The idea that there exists such a thing as genuine mystical experience (as opposed to many self-deceiving claims throughout history) and that these experiences really validate through direct evidence the fundamental teachings of religion.

–  The idea that all authentic religions, Western and Eastern and throughout the whole world and human history, converge in genuine mystical experience (which may also be called higher states of consciousness). The differences between religions are only differences involving the pathways that lead toward the practice of directly experiencing higher levels of perception and understanding. All religions are paths to a metaphorical mountain-top variously named Wisdom, enlightenment, self-realization, the kingdom of heaven, righteousness, etc. Differences that lead to violence and persecution are based on a corrupted relationship to the teachings and practices of religion.[span3][margin_5t]Almost all of us have had experiences during our life when we sense with great clarity and power a tremendously heightened state of presence, of being there, an immediate and unforgettable sensation of I am.[/span3]

Q: You believe that atheists and believers alike have been visited by an inner experience that points to the existence of God. Can you describe or explain this experience, and why it is that so many don’t recognize it as significant?

A: Almost all of us have had experiences during our life when we sense with great clarity and power a tremendously heightened state of presence, of being there, an immediate and unforgettable sensation of I am. Perhaps it is a moment of great danger or even impending death, or a moment in a strange place or foreign country, or a moment of indescribable joy or a moment with no apparent cause at all when suddenly we are stopped within ourself and feel our sense of identity more intensely, calmly and purely than anything our everyday life has to offer. Such moments occur more frequently, perhaps, in childhood. These are the only times in one’s life that we actually remember; all the rest of our life being much more cloudy and merely inferred. But the great moments of pure presence are vividly etched in our memory as though they happened yesterday.

Our culture does not know how to interpret these moments, these experiences. Maybe they are called “peak experiences” or “mystic moments” or “breakthroughs”—we lack any precise words for them. In fact, they are, so to say, “messages” from our genuine Self as though saying to us: “I am You. Let me into your life.”

A: Every human being is born with an intrinsic yearning to understand, to contact and, eventually, to serve something higher in ourselves and in the universe. Plato calls this yearning eros. It defines us as human beings—even more than our biological nature, our social conditioning or our ordinary reasoning capacity. Our modern world-view tragically misperceives and wrongly defines what it is to be human. We are conditioned by our society to believe happiness comes from pleasure, or from getting things or power over people or money or fame or even health and survival. None of these sometimes very good things can bring ultimate meaning to our lives. We are born to be deeply conscious, inwardly free and deeply capable of love. The longing for these things is the definition of what it means to be human. At the present moment in our culture this yearning for meaning and consciousness, this yearning to give and serve something higher than ourselves, is breaking through the hard crust of our widespread cultural materialism and pseudo-scientific underestimation of what a human being is meant to be together with an equally tragic overestimation of what we human beings are capable of in our present everyday state of being. The intensity of the present confusion about the nature and existence of God is a symptom of this yearning within the whole of our modern culture.

WHAT IS GOD? by Jacob Needleman, published by Jeremy P. Tarcher/Penguin, Hardback (255 pages).

As to how I would guide someone who is confused about the idea of God, I would suggest that he or she begins identifying what one might called “philosophical friends,”—people with whom one could seriously examine our thought about God through listening to each other, reading important and useful books together and trying to think for oneself while familiarizing oneself with the ideas of some of the world’s great thinkers. Cultivate openness without gullibility and skepticism without cynicism.

And, as soon as possible, be on the lookout for someone whose whole manner of speaking and being makes, as it were, a “sound” that draws your mind and heart. And then, little by little, try to see if that person can be of real help on the way to genuine self-knowledge and insight about what God is and is not. In this realm, more than any other even, the paradoxical marriage of both openness and scepticism is essential.

Meet the Author: Jacob Needleman is Professor of Philosophy at San Francisco State University, former Visiting Professor at Duxx Graduate School of Business Leadership in Monterrey, Mexico, and former Director of the Center for the study of New Religions at The Graduate Theological Union in Berkeley, California. He was educated in philosophy at Harvard, Yale and the University of Freiburg, Germany. He has also served as Research Associate at the Rockefeller Institute for Medical Research, as a Research Fellow at Union Theological Seminary, as Adjunct Professor of Medical Ethics at the University of California Medical School and as guest Professor of Religious Studies at the Sorbonne, Paris (1992). He is the author of The New Religions, a pioneering study of the new American spirituality,The Wisdom of Love, Money and the Meaning of Life, A Sense of the Cosmos, Lost Christianity, The Heart of Philosophy, The Way of the Physician, Time and the Soul, Sorcerers, a novel,The American Soul,Why Can’t We Be Good? and The Essential Marcus Aurelius. He was also General Editor of the Penguin Metaphysical Library, a highly acclaimed selection of sixteen reprinted texts dealing with the contemporary search for spiritual ideas and practice. In addition, he has been general editor of the Element Books series, The Spirit of Philosophy – aimed at re-positioning the teachings of the great philosophers of the West to show their relevance to the modern spiritual quest. Among the other books he has authored or edited: The Tao Te Ching (Introductory Essay), Consciousness and Tradition,Real Philosophy, Modern Esoteric Spirituality   and many others.