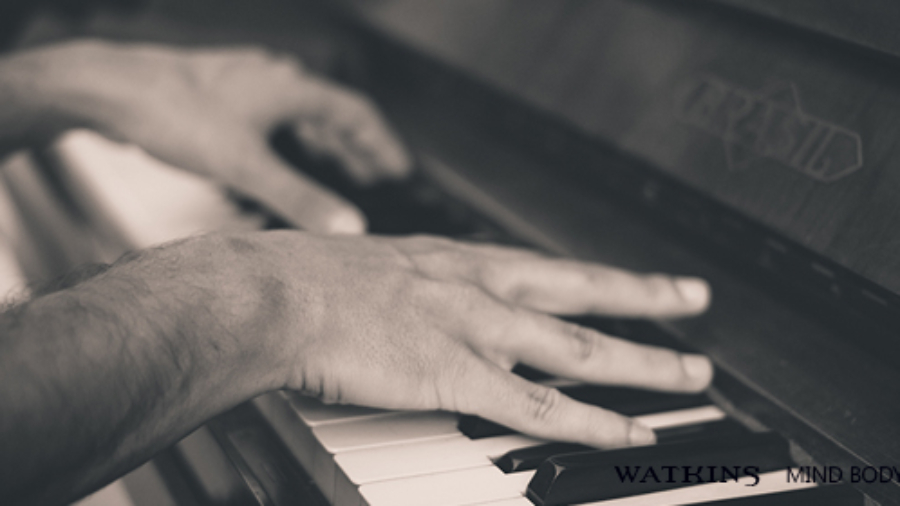 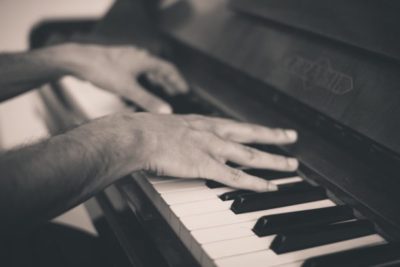 Michael Vakil Kenton, the founder of Sacred Music Radio, introduces us to the world of spiritual music.

Almost everyone has experienced the beneficial effects of music in one way or another; it can help us to relax and unwind even during stressful times, can improve our levels of motivation and focus, and can uplift our emotions and improve our relationships, helping us to connect more deeply and with more individuals. Consider ‘the concert’: old as music itself, live performance events draw us together, creating a shared mental and emotional place for appreciation and celebration.

Just as our individual relationships with music are enormously varied, so too are the observed effects of different forms of music. Low tempo music with less variation and an emphasis on notes with strong sustain is more effective in assisting the listener to achieve a state of relaxation, while faster music with higher levels of variation and more emphasis on notes with strong attack can improve our energy levels and may increase our motivation in challenging situations, helping us to replace anxiety with excitement.

The extent to which music may improve our mood and promote relaxation or motivation should not be underestimated. Music has a profound capacity to increase happiness, even proving effective in treating depression. Nurses at Massachusetts General Hospital observed that individuals who listened to music while confined to bed had lower heart rates and blood pressure and appeared to show less distress overall than individuals who did not. This appears to result in an overall reduction in cortisol levels; cortisol is responsible for many stress responses and also suppresses the immune system.

Music can also enhance our minds and bodies, helping to improve memory (having proven effective in the treatment of stroke patients, helping them to recover verbal memory) and increasing the results we get from exercise. The second element is a good example of the multiple simultaneous benefits of music; enjoyable music increases our motivation and encourages us to exercise harder, reducing levels of boredom during repetitive tasks such as free-weight exercise or hypnotic tasks such as long-distance running. At the same time, enjoyable music increases our tolerance of pain, helping us to exercise harder and for longer. After exercise, music helps our bodies to recover by increasing the overall availability of oxygen.

Music has a long and rich history of usage in the world’s spiritual traditions. The Mevlevi order of Sufism, for example, uses a music and dance ceremony known as the Sama as a form of remembrance of God (dhikr). Practitioners (Dervishes) whirl counter-clockwise, focusing on God and attempting to transcend their ego. Inayat Khan, the founder of the Sufi Order in the West says of the Dervishes that “They have the power of wonder-working, and the power of insight… They are dreamers, and lovers of God. They worship God in nature, especially in human nature.” Sufi worship is highly physically active and direct by comparison with Western traditions of quiet contemplation and mediated collective prayer. Speaking of this apparent contrast, Inayat Khan says “Whoever among them is moved by spirit may manifest the ecstasy, which is called wajad, in the form of tears, sighs or dance… It is therefore that those who do not understand the meaning of their dance call them “howling dervishes”, or “dancing dervishes”.”

In Hindu culture, a complex system of mantras are believed to have powerful healing properties. Believed to bring about change through the pineal gland, mantras are used to solemnize ritual, enhance meditation and effect psychological and physical benefits. In general monosyllabic mantras (e.g. Om, the most basic and fundamental mantra) are used to free an individual from restraints and frustrations, while multi-syllabic mantras generally target a specific desired result, for example the cultivation of divine wisdom. The parallel between the traditional understanding of the mechanism through which mantra influences the mind and body and our modern understanding of the pineal gland is interesting: the pineal gland release melatonin, responsible for regulating our sleep patterns. The function of this obscure part of the brain remains somewhat mysterious, and the hypothesis that the pineal gland’s functions can be consciously regulated is rare in science and philosophy. Hindu theories on the pineal gland – especially the implicit understanding of the pineal as a hormone-secreting gland in the Hindu principle of a ‘liquid nectar’ being released from the pineal – may represent some of the earliest contributions to a huge and enduring history of thought on the subject.

Chinese theories of musical healing relate specific tones of the C pentatonic scale to specific parts of the body and particular elements of Chi. The purpose of this is to improve the functions of organs, improve and strengthen psychological condition and stimulate emotional reactions in order to prevent and cure illnesses (in a manner similar to its modern therapeutic uses). Different types of music are prescribed for different illnesses. It is theorized that the tones of the scale regulate the circulation of Chi in the human body, acting specifically on the liver, heart, spleen, lungs and kidneys in the context of the release of Wood Chi, the rise of Fire Chi, the stability of Earth Chi, the induction of Metal Chi and the descent of Water Chi.

In all of its traditional uses, one of the most powerful benefits of music has been its capacity to promote unity; to bring listeners together in a shared mental and emotional state. Music is more emotionally direct than natural language. Thinkers throughout the ages have dubbed music a universal language, capable of communicating deeply felt emotions which may be difficult or even impossible to convey verbally.

Communication is what makes civilization possible; human societies form around that which we can share. As a group of people (for example a nation) exist together, identifying as members of a collective, they create unique ways of thinking and feeling about certain things which are often intimately tied up with the experience of being part of their group. While the strength and depth of these experiences can bring individuals of the same group together, the way they are sometimes perceived by other groups can create deep divisions.

This often occurs because the emotional foundations of certain principles can be difficult for members of other groups to understand. Principles can become strongly associated with the experience of belonging to a group and viewed as being important independently of their societal impact. When such principles are approached from a viewpoint which makes no real attempt to understand their original context, people can feel as though these principles rather than their place in modern international society is being challenged. This perception of hostility can shut down reasoned interfaith debates before they even get off the ground where strongly defensive reactions refuse the invitation to shared discussion.

Music, with its unique capacity to communicate deep feelings and engage individual’s emotions, may represent a strong way for us to better understand the deeply-held beliefs which are associated with membership of a group. Music gives us an insight into the performer’s identity and when a shared common identity can be definitive of a group, music might represent a strong way for us to understand the way in which individuals consider certain principles to be an important part of their self-identification with a group.

Music, and especially music from spiritual traditions, may help us to commit to more sensitive and reasoned discussions of our cultural and religious differences, creating a place where principles and practices can be discussed in the context of an international community. In this atmosphere of equality, respect and appreciation, groups would be seen as members of the same greater whole as opposed to distinct and divided entities, bypassing the doctrines and dogmas which so often divide us.

Spiritual music, having been underrepresented in modern society, may have a profound contribution to make to the world. The ease of transmission allows almost anyone to experience the beneficial effects of music, and ventures such as internet radio station Sacred Music Radio are making this form readily available across the world: playing music from a wide variety of spiritual traditions and from performers associated with no particular tradition.

In an era when the importance of pursuing interfaith harmony is pressingly urgent, the power of music to break down linguistic barriers and give insights into the deeply personal experiences of others may provide us a way to focus on the fundamental similarities between our varied cultures, enabling us to discuss and celebrate our differences in an atmosphere of co-operation and harmony.

Meet the author: Michael Vakil Kenton is a commentator on interfaith, global peace and harmony, and the michael-vakil-kentonfounder of