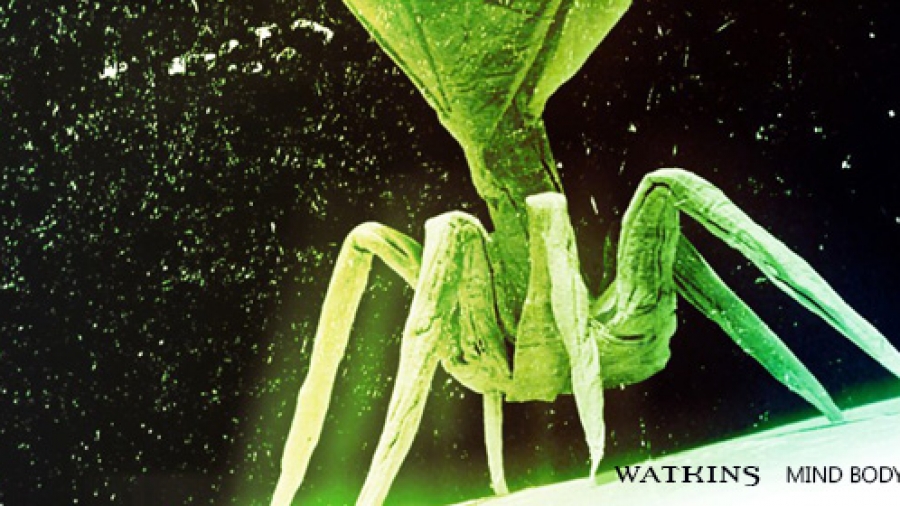 by Watkins Books
with no comment
Magick and occult

This article first appeared on Phenomenalisms.

Arrival (release date 11/11/2016) is an American science fiction drama film directed by Denis Villeneuve and written by Eric Heisserer, based on the short story “Story of Your Life” by author Ted Chiang.

Starring Amy Adams, Jeremy Renner, and Forest Whitaker, this cerebral experience has many esoteric undertones, and is a multifaceted lesson in the consequences of language.

The film follows a non-linear storyline, which layers the arrival of 12 UFO’s across the world, with “flashbacks” of the life of linguistics professor Louise Banks (Amy Adams) and her relationship to her daughter Hannah (purposely a palindrome, which we will elaborate more on later).

After the arrival of the UFO’s, or “shells” as they are called, Banks is contacted by Colonel Weber of the United States Army (Forest Whitaker) in hopes that she may be able to translate the language of the aliens who operate the craft(s). An interesting first exchange happens as Weber plays a recording of the alien language, demanding Banks to do a fast translation – an interaction which lays the foundation for the complexity of language as it can be understood differently through sound, context and sight. Not providing a translation fast enough causes Weber to consider hiring another professor, to which Banks replies “ask him the Farsi translation of War”.

Weber returns and imparts the duties of translation to Banks. Nations across the globe teeter on the verge of world war, and finding the key to communication becomes a race against time.

In exploring the esoteric themes within the film, the very notion of language as the tapestry which weaves the story together is seamlessly imparted throughout the experience of Arrival. Including Biblical, modern, and cultural context for the thread which ties the complex themes together – the heady notions become apparent once you dig deeper beneath the surface.

For example, the shape of the “shells” bear a close resemblance to red blood cells – an interesting metaphor, which may be an homage to a concept discussed in depth by author William S. Burroughs relating language to a virus.

“Language is a virus from outer space.” – William S. Burroughs

The conceptual idea of language as a virus relates to both the visual and thematic undertones of the film. With the notion of language being a social construct which either limits or expands our perception – the tones, context, and intention behind the words we use are architects of our reality. Words have the power to create or destroy, and behind the veil of perception we can become blind by poor translation.

A virus operates autonomously, without human intervention. It attaches itself to a host and feeds off of it, growing and spreading from host to host. Language infects us; its power derives not from its straightforward ability to communicate or persuade but rather from this infectious nature, this power of bits of language to graft itself onto other bits of language, spreading and reproducing, using human beings as hosts.

He asserted that the language virus had lain dormant in man for millennia before something flipped the switch and this dormant, benign viral infection suddenly became hostile and inflicted language on us (his solution was to “cut up” and randomly rearrange language so as to rob it of its ability to dictate meanings to us).

When we meet the aliens, or “Heptapods”, it may also be gathered that the shape of the creatures is indeed intentional, and yet another homage to the language virus concept.

The Heptapods, (hepta- having 7, pod- foot) communicate through sound, and a complex form of Ensō-esque symbols, which are spelled through an opening from their feet which sprays black ink – but what is said, and what is written do not necessarily correlate.

A collection of Ensō symbols

The foot of the Heptapod has seven “tentacles”, seven seeming to be an interesting choice, as in Biblical reference, the creation happened in 7 days, and in John 1:1 of Genesis “In the beginning was the word…”.

With the words of the Heptapod coming from what can be viewed as the center (or point) of creation, the metaphorical interpretation of language as a creator, is an integral theme within the exchanges between the Heptapods and the team looking to decipher their system of communication.

The two Hetapods which the team communicates with are affectionately dubbed Abbot and Costello, a choice which could be in reference to the iconic “Who’s on First” comedy skit – a light-hearted look at how language, words, names, and ideas can be easily misinterpreted by the context of communication.

As the movie progresses, while the team begins to make headway, we also see the other teams across the world attempting their own translation methods – and an important dialogue occurs when the United States intel intercepts a conversation from China, where it seems one attempt at communication was made using Mah Jongg tiles.

Teaching language with a game-like structure of win/lose, end/beginning, black/white, is/are, was/were imposes a notion of duality, which if looking at it from the lense of the Sapir-Whorf hypothesis is limiting as the dualistic perspective of reality as linear is a cultural bias in its own right.

Sapir-Whorf hypothesis: A hypothesis by Edward Sapir and Benjamin Lee Whorf that states that the structure of a language determines or greatlyinfluences the modes of thought and behavior characteristic of theculture in which it is spoken.

In Heptapod, we come to find that their notion of time and reality is non-linear, all processes are on-going, not finite, and one Heptapod symbol can convey an entire idea wrapped into one shape. This is solidified in a scene where one of the Heptapods goes through what they refer to as “death process”, not “death” as an end, however death as a continuation of the processes of life. A similar language syntax is also explored in the 1988 film Gandahar, by Rene Laloux.

A major breakthrough happens when Banks’ character is pushed to ask the Heptapods why they are here/what their intention is, to which the answer is “Give Weapon.” Subsequently a rapid reaction of fear spreads across the globe, as weapon is interpreted as a threat.

This confusion of language, is yet another Biblical reference in its own right, relating back to Genesis and the story of the Tower of Babel.

In Genesis the confusion of language was a curse handed down to from God to the citizens of Babylon:

And the Lord came down to see the Babel and the tower, which the children builded. 6 And the Lord said, Behold, the people is one, and they have all one language; and this they begin to do: and now nothing will be restrained from them, which they have imagined to do. 7 Go to, let us go down, and there confound their language, that they may not understand one another’s speech. 8 So the Lord scattered them abroad from thence upon the face of all the earth: and they left off to build the city. 9 Therefore is the name of it called Babel (confusion); because the Lord did there confound the language of all the earth: and from thence did the Lord scatter them abroad upon the face of all the earth.

However, the difference between a weapon and a tool is referenced in the metaphor of a hammer, which can be seen as both, depending on how it is perceived. The “weapon” of the Heptapod’s was actually the gift of their language, which at the climax of the film is given to Banks’ character to dissemenate, after she risks it all to receive the key to their complexities before the ships are destroyed due to misunderstanding. An interesting historical aside is that some theorize the bombing of Hiroshima stemmed from poor translation, and could have been potentially avoided (see: Good Translation Might Have Prevented Hiroshima).

The gift imparted from the Heptapods allowed Banks to dismantle cultural confusion, diffuse tension between the nations, and to unite humanity. However, the stipulation being that humanity must help the Heptapods in 3,000 years, and Banks is also given the sight of her future, the future which we as the viewer perceived as the past through her “flashbacks”. We come to discover the flashbacks are actually glimpses into the series of devastating events that she comes to learn will happen in her life, knowing Hannah (her daughter), which we believe passed away in the beginning of the film, has not yet been born, will indeed die of a rare disease. Banks follows her path anyway, even with the foresight of knowing the end before it has began –  her experiential palindrome plays into the poetic understanding of time, death, life, and language being non-linear to all life.

Arrival is a rare cinematic experience that synthesizes the complicated nature of how language shapes our reality, and culture moulds our perceptions. The film’s curation of sound, sight, and pointed writing act as the messengers, which delivers a powerful idea…an idea which, when acknowledged, can create a new understanding of universal communication.

Before the advent of language, we were guided by feelings, and our feelings are a universal language of sorts. However, in modern society – the compass of feeling can lead us astray, causing us to react before analyzing, to emote without logic, to stay stuck in our own cycles of right/wrong, win/lose, is/isn’t.

However, in cleansing the lenses of perception and looking from a more macrocosmic point of view – when confronted with the unknown, the “other”, we may come to find that the advent of speech may not necessarily be so advantageous.

Communication (as well as feelings) can transcend speech, sound, time, and space, and with the tools of language we carry the power to create, or to destroy. However, destruction may also be an act of creation, creation an act of destruction – and life is the ongoing process of this non-linear cycle of transcendence.