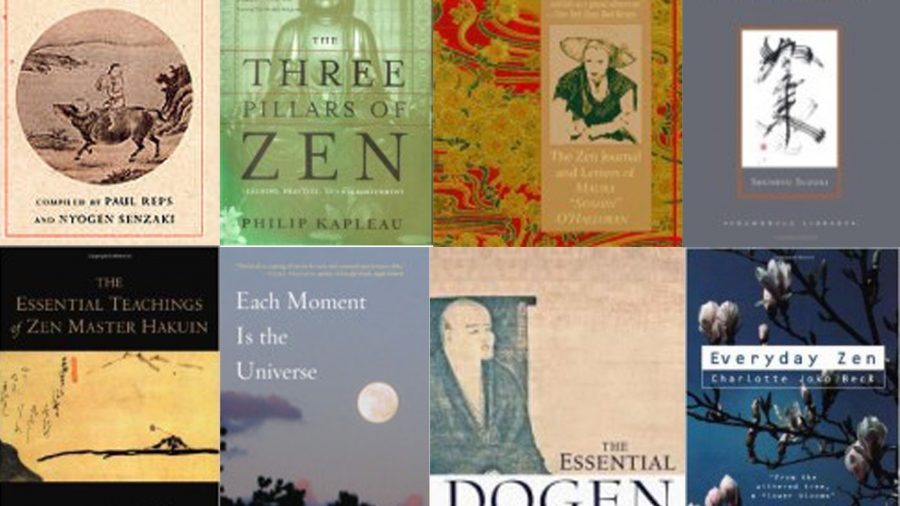 Buddhism is immensely rich encompassing a variety of schools. However there are three main recognised traditions in Buddhism: Theravada, Mahayana, and Vajrayana. Theravada is the oldest, foundational form of Buddhism and is found in Sri Lanka, Thailand and Burma. Mahayana focuses on the Bodhisattva ideal (the altruistic intention to attain enlightenment for all beings) and it spread to China, Korea, Japan, Vietnam, Tibet and Mongolia. Vajrayana is the tantric form of Buddhism and is especially associated with Tibetan Buddhism, though there are Chinese and Japanese forms. Zen, or Ch’an in Chinese, is a meditative tradition aimed at directly perceiving our Buddha nature.

In the forty years since its original publication, Zen Mind, Beginner’s Mind has become one of the great modern Zen classics, much beloved, much reread, and much recommended as the best first book to read on Zen. Suzuki Roshi presents the basics—from the details of posture and breathing in zazen to the perception of nonduality—in a way that is not only remarkably clear, but that also resonates with the joy of insight from the first to the last page.

Through explorations of the three pillars of Zen – teaching, practice, and enlightenment – Roshi Philip Kapleau presents a comprehensive overview of the history and discipline of Zen Buddhism.  An established classic, this 35th anniversary edition features new illustrations and photographs, as well as a new afterword by Sensei Bodhin Kjolhede, who has succeeded Philip Kapleau as spiritual director of the Rochester Zen Center, one of the oldest and most influential Zen centers in the United States.

Charlotte Joko Beck is one of the most popular Zen teachers currently teaching in the West. This beautifully written book is a Zen guide to the problems of daily living, love, relationships, work, fear and suffering. Beck describes how to be in the present and living each moment to the full.

Zen Buddhism conveys its profound truths through epigrams, parable and brief enigmatic and often amusing stories of the masters. In addition to 101 Zen Stories, this volume contains The Gateless Gate, a collection of koans or puzzles and 10 Bulls, an illustrated account of a bull-hunt.

In 1979, 24-year-old Maura O’Halloran left her waitressing job in Boston and began her study of Zen in Japan. Today she is revered as a Buddhist saint, and a statue in her honor stands at the monastery where she lived. This is the story of her journey.

Dainin Katagiri Roshi, Each Moment is the Universe

Dainin Katagiri Roshi, Each Moment is the Universe

It’s easy to regard time as a commodity—we even speak of “saving” or “spending” it. We often regard it as an enemy, when we feel it slipping away before we’re ready for time to be up. The Zen view of time is radically different than that: time is not something separate from our life; rather, our life is time. Understand this, says Dainin Katagiri Roshi, and you can live fully and freely right where you are in each moment.

Shikantaza-or “just sitting”-is one of the simplest, most subtle forms of meditation, and one of the most easily misunderstood. This peerless volume brings together a wealth of writings, from the Buddha himself to Bodhidharma and Dogen and many of modern Zen Buddhism’s most influential masters, all pointing directly to the heart of this powerful practice. Edited by one of America’s pre-eminent Zen teachers, this book is a rich resource for wisdom seekers and scholars alike.

Eihei Dogen (1200–1253), founder of the Soto School of Zen Buddhism, is one of the greatest religious, philosophical, and literary geniuses of Japan. His writings have been studied by Zen students for centuries, particularly his masterwork, Shobo Genzo or Treasury of the True Dharma Eye. This is the first book to offer the great master’s incisive wisdom in short selections taken from the whole range of his voluminous works. The pithy and powerful readings, arranged according to theme, provide a perfect introduction to Dogen—and inspire spiritual practice in people of all traditions.

A fiery and intensely dynamic Zen teacher and artist, Hakuin (1685–1768) is credited with almost single-handedly revitalizing Japanese Zen after three hundred years of decline. As a teacher, he placed special emphasis on koan practice, inventing many new koans himself, including the famous “What is the sound of one hand clapping?” As an artist, Hakuin used calligraphy and painting to create “visual Dharma”—teachings that powerfully express the nature of enlightenment. The text translated here offers an excellent introduction to the work of this extraordinary teacher. Hakuin sets forth his vision of authentic Zen teaching and practice, condemning his contemporaries, whom he held responsible for the decline of Zen, and exhorting his students to dedicate themselves to “breaking through the Zen barrier.” Included are reproductions of several of Hakuin’s finest calligraphies and paintings.

A major figure in the transmission of Zen to the West, Zen Master Seung Sahn was known for his powerful teaching style, which was direct, surprising, and often humorous. He taught that Zen is not about achieving a goal, but about acting spontaneously from “don’t-know mind.” It is from this “before-thinking” nature, he taught, that true compassion and the desire to serve others naturally arises. This collection of teaching stories, talks, and spontaneous dialogues with students offers readers a fresh and immediate encounter with one of the great Zen masters of the twentieth century.